I had pancakes for dinner the other night. 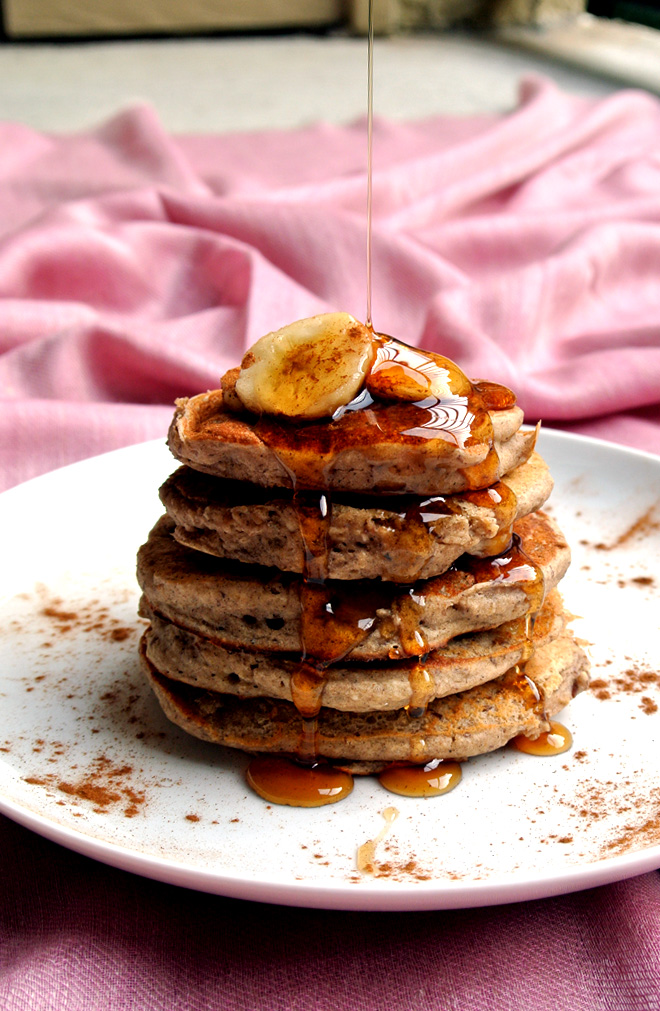 Believe it or not, I try not to do that too often. Or like, ever. Because my body’s wired for savory at dinnertime and eating pancakes only means I’ll be consuming about three times the amount of calories I need since I’ll inevitably try to counterbalance the sugar/carb rush with something healthy. Like bananas and nut butter except nut butter = hello, like a million calories! Yeeeah. 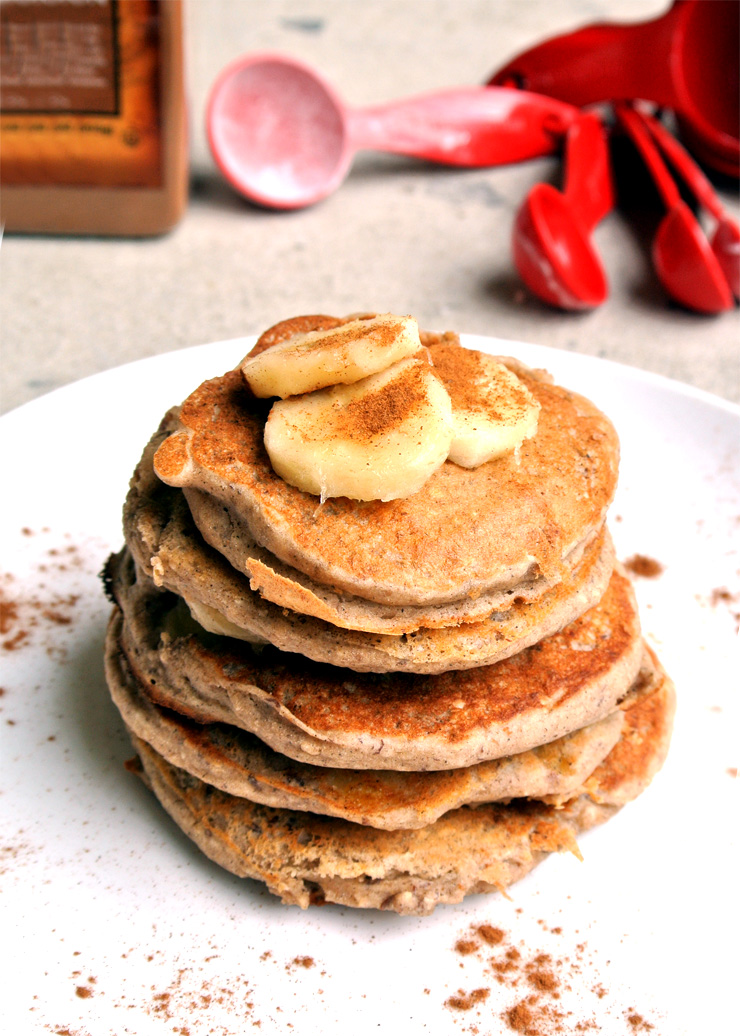 But I barely felt bad about eating these. No gluten. No eggs. Fiber. Almost vegan. 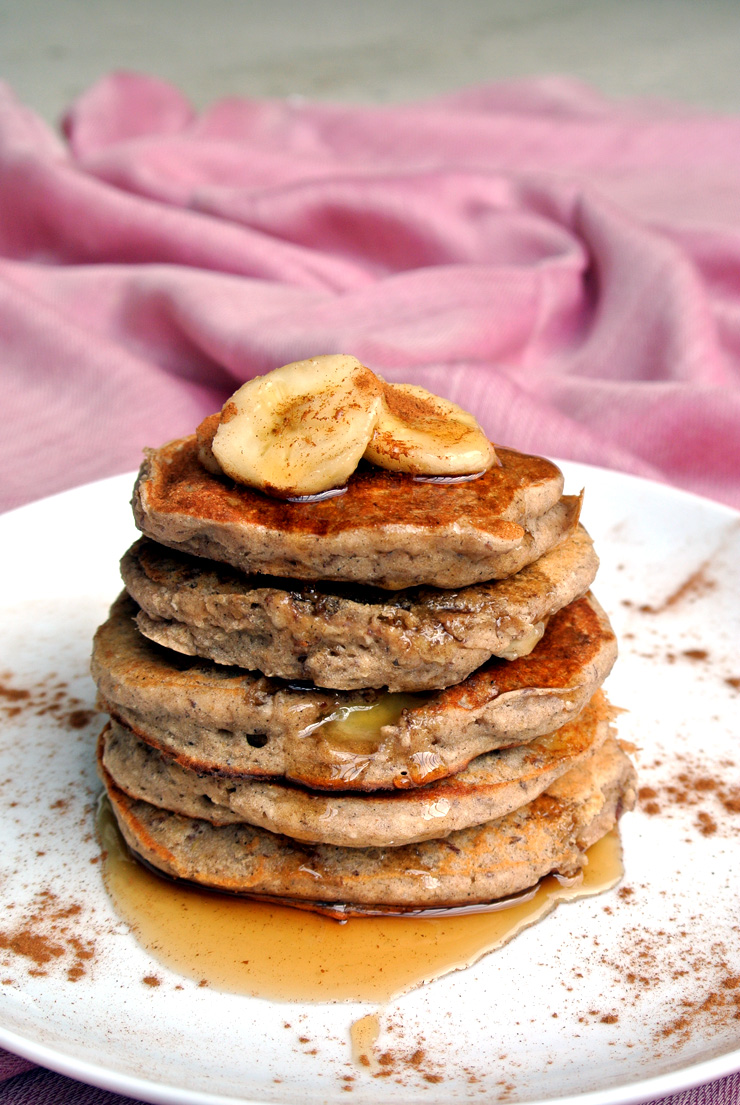 I’ve made these three times already and I blame brunch last Saturday—when I had the most delicious pancake of my life—for making me crave pancakes for life, like actually. Okay so remember my boyfriend? The one getting his PhD in Finance (he’s in his first year)? He has a super ton amount of studying, like study your butt off all the time studying. But he’s on spring break for the week, so I actually get to hang out with him!! I almost forgot how much fun he was (I’m allowed to say that because his schedule really sucks). Anyway, we went to brunch and I had this banana walnut pancake that was strangely square in shape—like a cross between French toast and a pancake. Anyway, it was huge and puffed and golden and cakey and everything a pancake should be PLUS it was an absolute gold mine of chunks (banana and walnut. I am a fan of chunks). I destroyed it (with only a little help from Erik), then I made us walk around a park for an hour in an effort to be active even though we both wanted to lie down under the warm sun and succumb to our food coma. 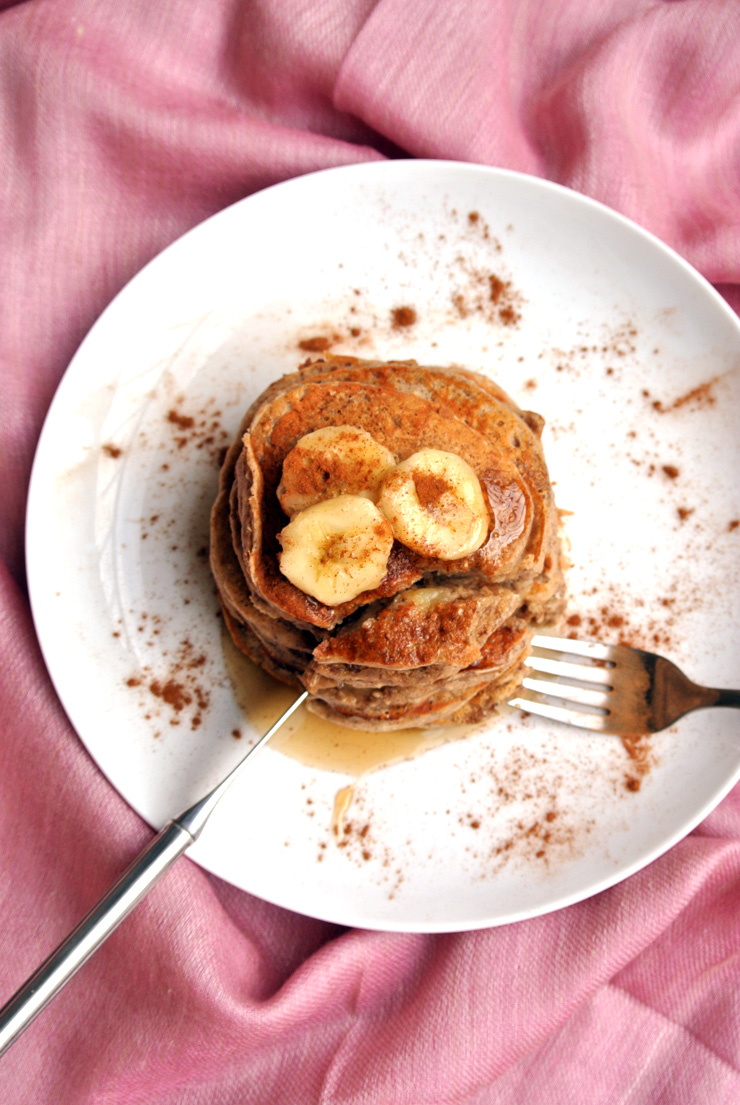 Healthier banana pancakes were obviously a must come Sunday brunch—and I forgot to add the tiny bit of oil I’d used the first time around. But we couldn’t even tell. Success!

Let’s talk about these pancakes. Why use buckwheat flour? I was trying my hand at a gluten-free pancakes and buckwheat happens to be a fruit seed, which means it doesn’t contain gluten. Buckwheat also happens to be a great source of plant protein, antioxidants, minerals and soluble dietary fiber. Woo! Way better than bleached refined flour! Sold yet? It’s also slightly lower in calories than regular flour. I’m no nutritionist so I’ll stop now, but just know that you can eat this entire batch for under 300 calories with nearly 7 grams of fiber and almost 10.5 grams of protein! Yum. 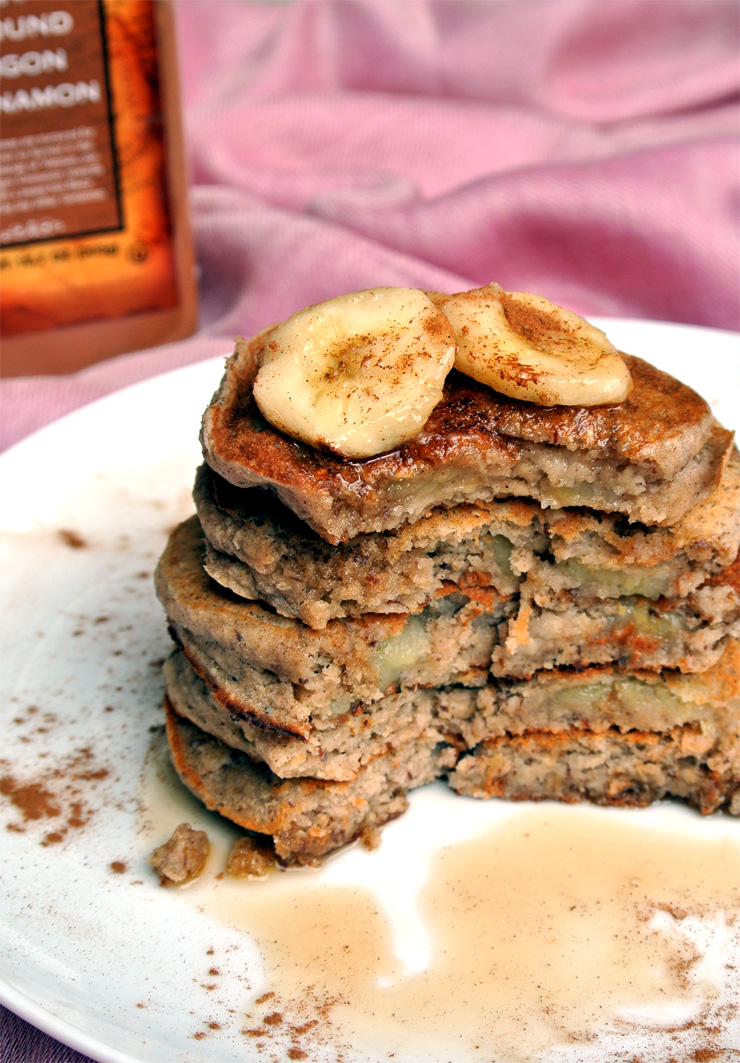 The other big news about these pancakes is my new pancake secret. It makes pancakes 98237423x better than any pancake I was making before, though it means I will probably never make another vegan pancake.

I’ve always used a mixture of almond milk + apple cider vinegar as a buttermilk replacement since buttermilk eeks me out and is just one extra thing to buy and remember to use up. But almond milk is way more watery than buttermilk so…

Almond milk (or any milk) + yogurt is the key! I got SUPER thick and fluffy pancakes, probably because the consistency of yogurt much more closely resembles real buttermilk. 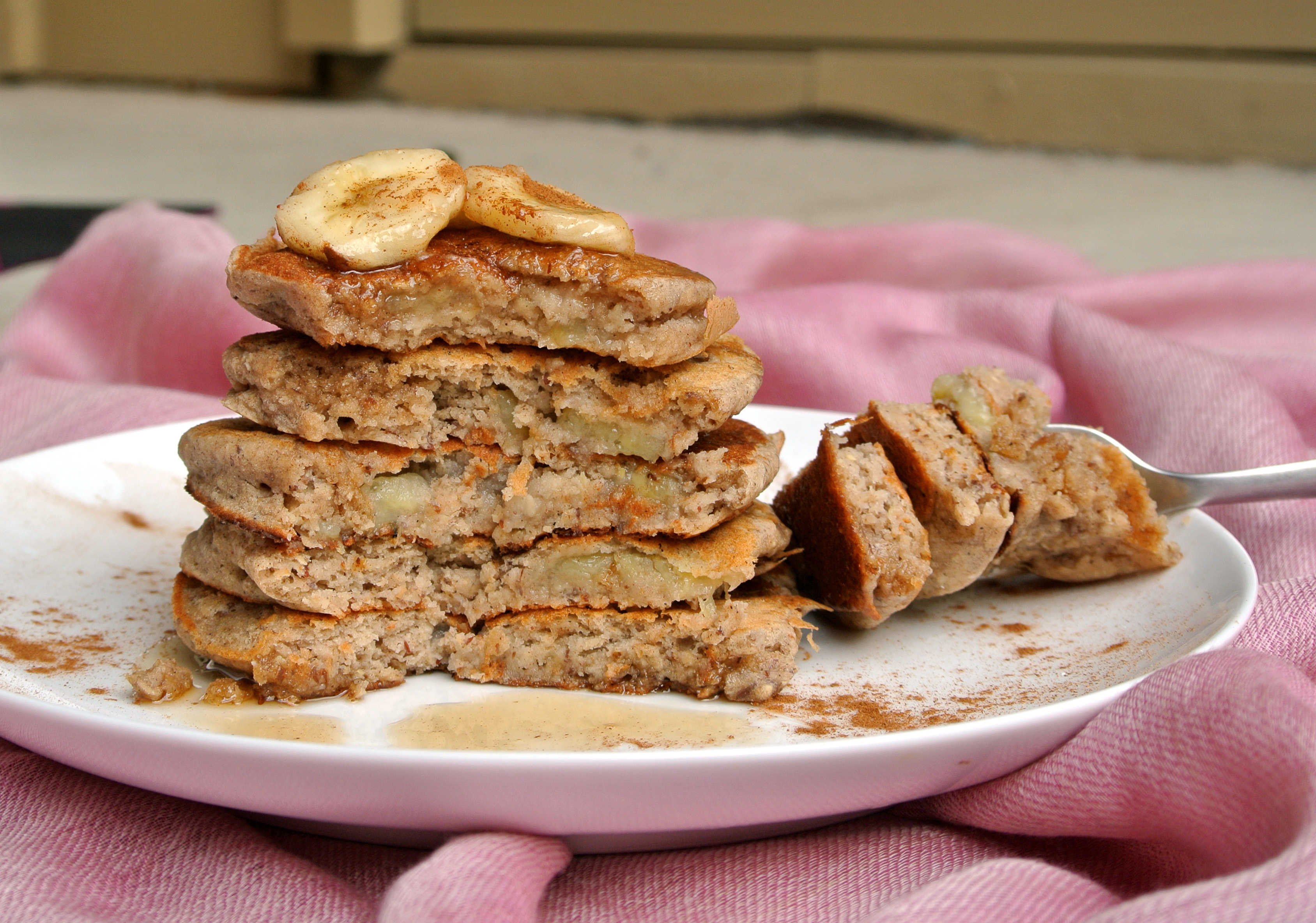 So here you go: my first post-detox pancake recipe. I hope you love it as much as I do. 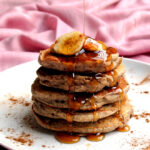 These fluffy whole-grain pancakes, studded with creamy slices of banana, are a 1-bowl dream that can be whipped up in 5 minutes flat. You can eat the entire recipe for under 275 calories!
Prep Time 5 minutes
Cook Time 10 minutes
Total Time 15 minutes
Servings 4 -5 small pancakes
Calories 55kcal

This makes a teensy batch that is easily doubled. You can easily sub the buckwheat flour for whole wheat flour. For a vegan option, you can try subbing soy yogurt for the yogurt. For strict gluten-free diets, make sure to use gluten-free oats.