If you google “best restaurant pancake recipe” like I do periodically (every other day or so—you know, whenever the pancake cravings become overwhelming) you’ll undoubtedly have come across several links touting one key ingredient to get restaurant-quality pancakes. 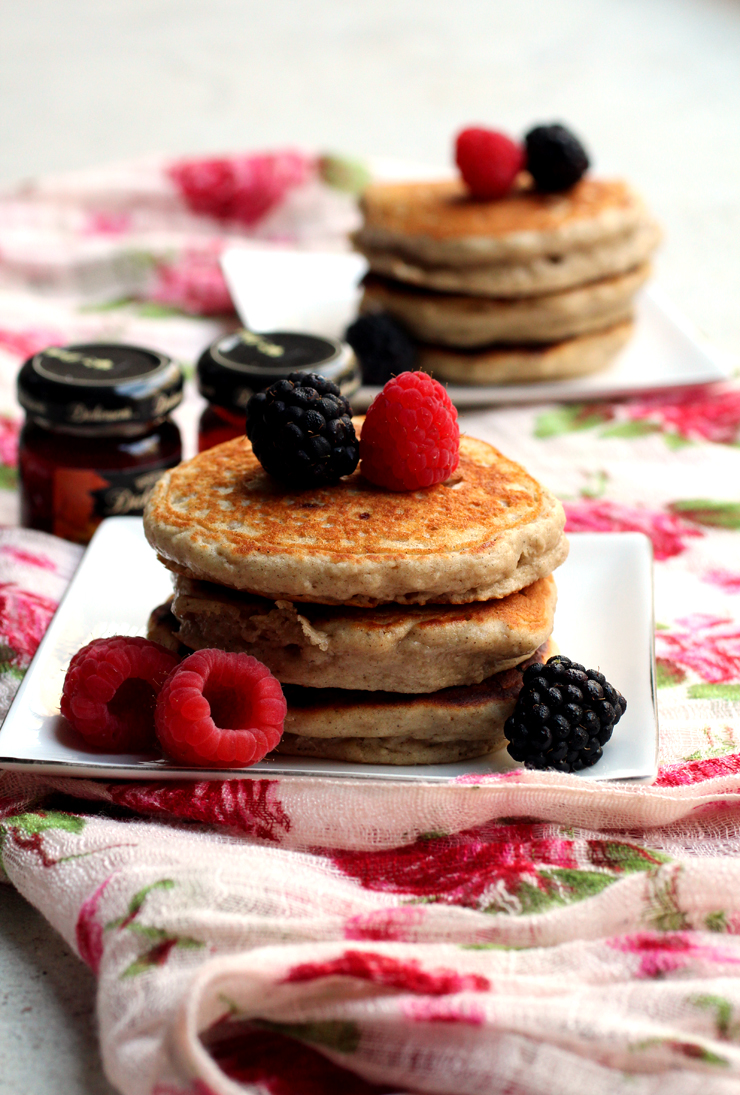 Malted milk powder. According to Wikipedia, malted milk powder is a “powdered gruel made from malted barley, wheat flour and whole milk, which is evaporated until it forms a powder.” Appetizing! Essentially, it seems as though it’s basically Ovaltine minus the chocolate. It lends that malty, toasty flavor to milk and anything else you add it to. 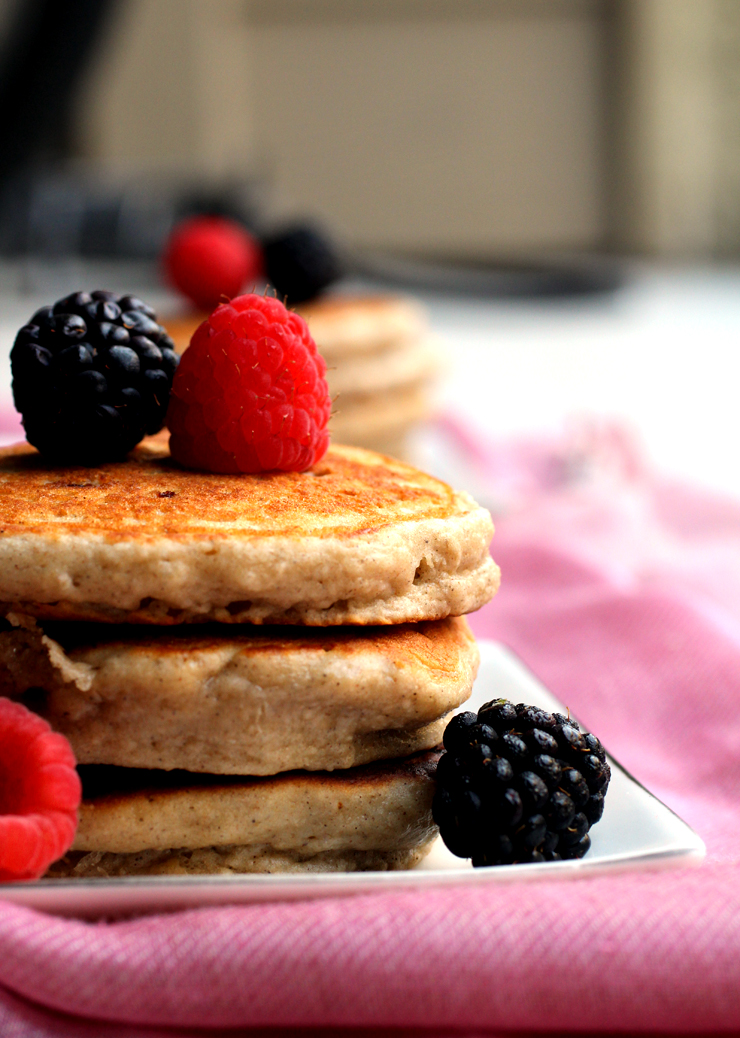 I bought some months ago (intending to use it in pancakes) and then got distracted by these cookies. It’s been waiting patiently ever since to make its debut in pancake form on the blog. But since a rather lifeless pancake test with the stuff turned me off the stuff, it’s only taken me about six months to try again. 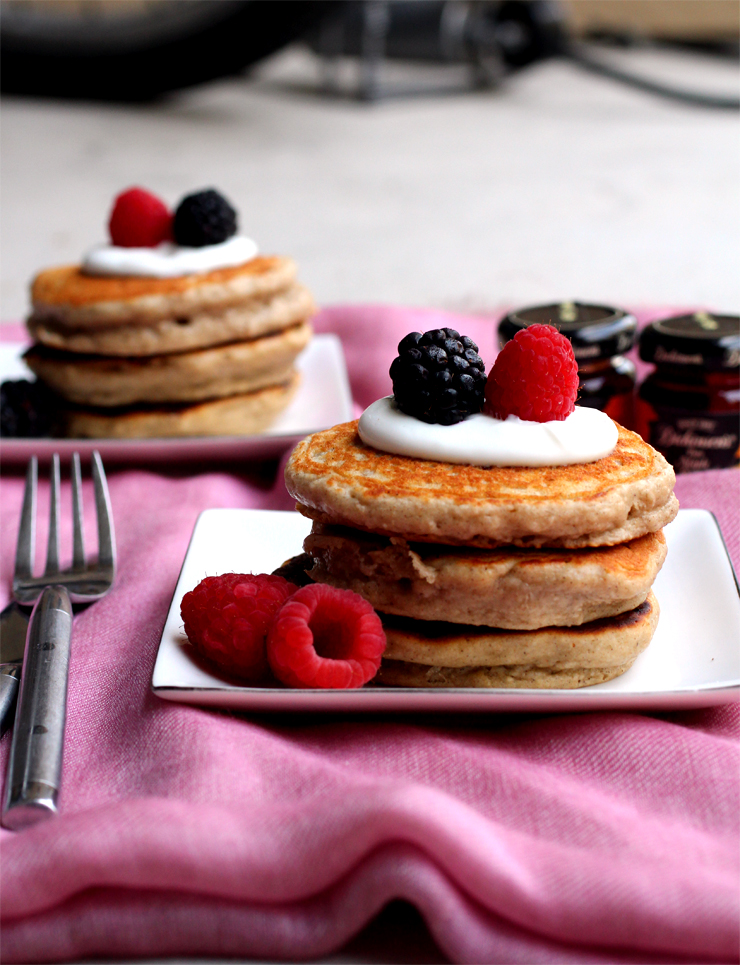 Luckily, King Arthur hasn’t steered me wrong yet. I’ve been eying their oat and yogurt pancakes with malted milk powder for months and am so glad I finally went for it. They cook up in a perfect, thick puff—some of the most even-cooking, picturesque pancakes I’ve ever fried. 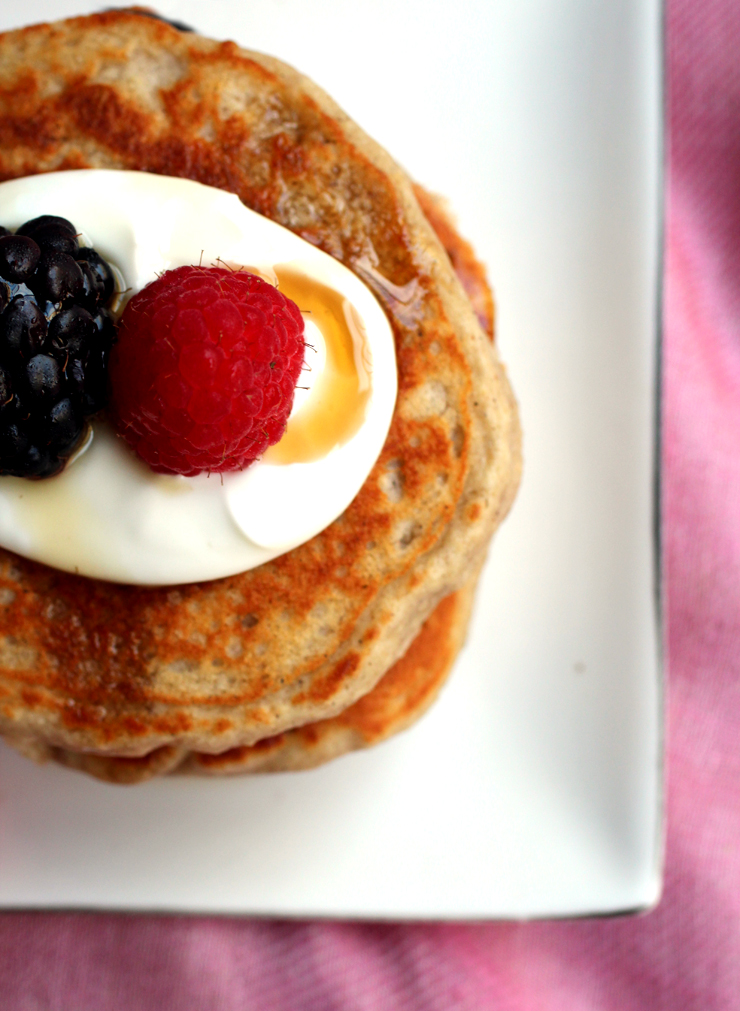 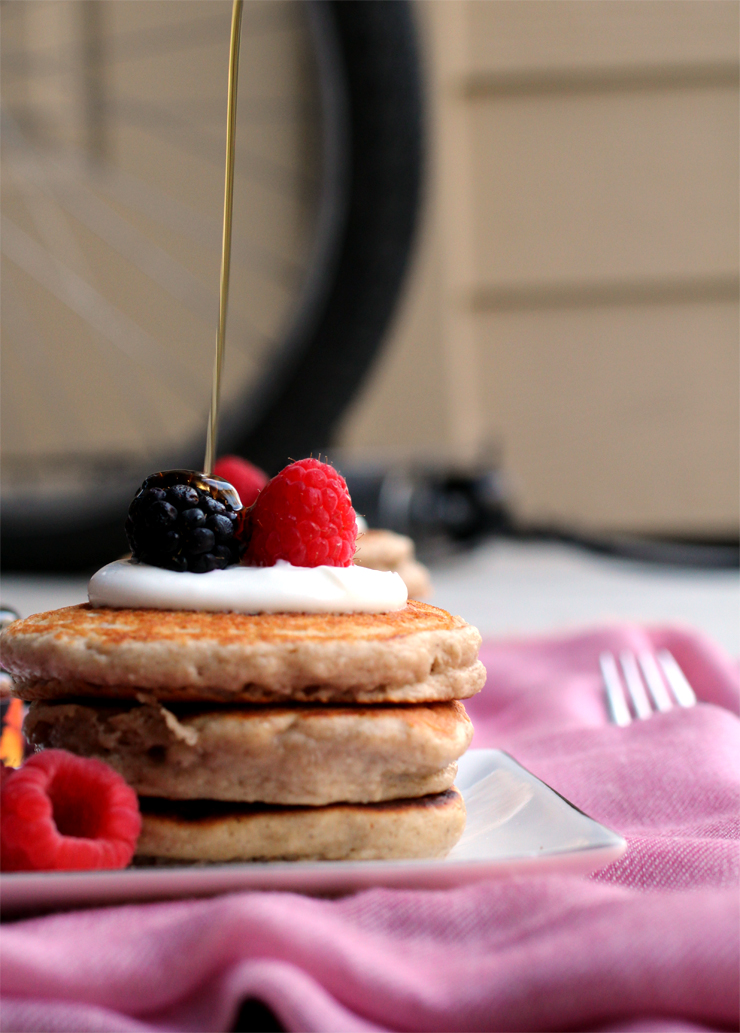 The malted milk powder serves as a mild sweetener and helps sop up some of the moisture from the yogurt, leading to an incredibly thick batter (thick batter = thick, fluffy pancakes. Runny batter = thinner pancakes). However, if you don’t feel like buying a special powder just for pancakes, sugar or an alternative sweetener also works (and would make these officially gluten-free).

I made these gluten-free by switching up the flours (buckwheat instead of whole wheat), but I’ve had a chat with these pancakes and they embrace flexibility. They liked being gluten-free, but gluten is okay too. A vegan almond milk or soy yogurt and vegan flax/chia egg would also be acceptable. 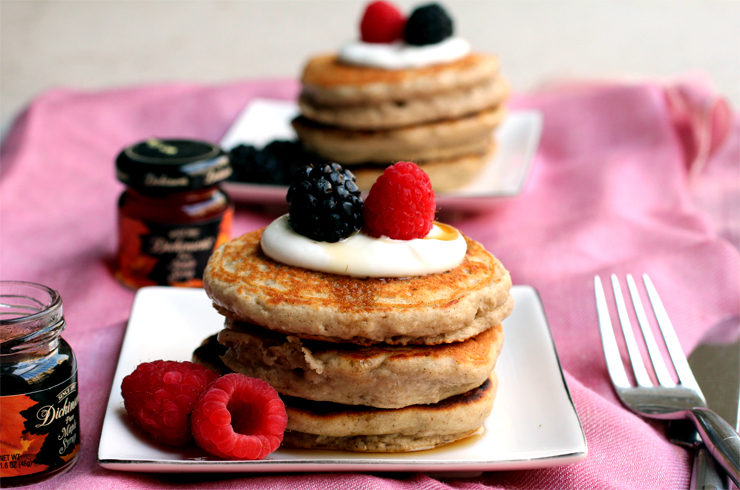 For some reason, although these pancakes are already seriously tangy from the generous amount of yogurt in the batter (there’s 4.4 grams of protein in each pancake!!), they seem perfectly balanced by more yogurt on top, along with a drizzle of maple syrup. I was eating these last night sandwiched with peanut butter and jelly while telling myself to go to the gym. Then went to sleep. And then woke up and realized: why am I not eating these with more yogurt? 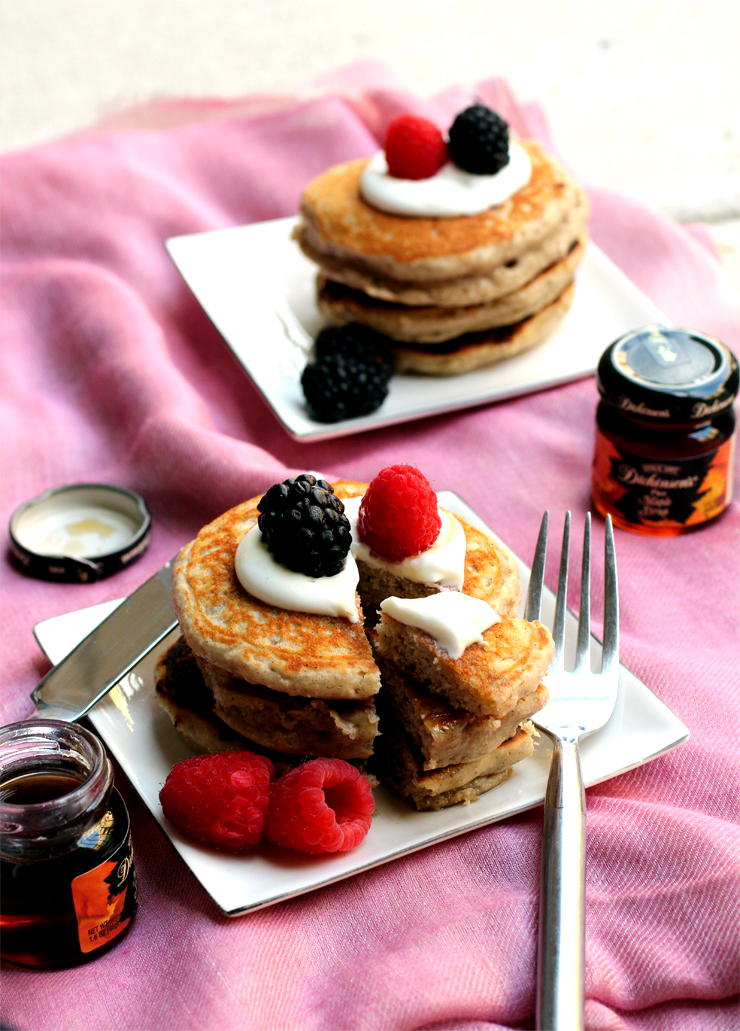 So I did. And they were glorious.

*lately, I’ve been on a huge Greek yogurt kick. I finally realized the importance of protein in your diet (very.important. Epiphany #347: protein really does keep you fuller than carbs!) and realized that I am pretty consistently severely under my recommended protein intake. So I’ve been eating tons of yogurt for breakfast, lentils for lunch, and sometimes yogurt for/after dinner. These pancakes were a natural evolution in my severely non-vegan diet lately. 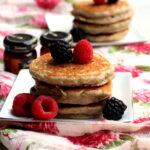 With 4.4 grams of protein per pancake, these incredibly fluffy and tangy pancakes are far from your typical carb-fest pancake. This version, packed with yogurt and oats, is gluten-free, but you can also make them vegan!
Prep Time 5 minutes
Cook Time 15 minutes
Total Time 20 minutes
Calories 100kcal

Use certified gluten-free oats if you are strictly gluten-free. For a non gluten-free option, use whole wheat flour instead of buckwheat flour. For a vegan option, use vegan yogurt and substitute 1 tablespoon of flaxseed or chia seeds for the egg. Add an additional few tablespoons of milk if batter is too thick. Adapted from King Arthur