Upon learning you live in Houston, anyone who’s ever been to Houston will likely look at you with pity in their eyes—how do you stand the heat? 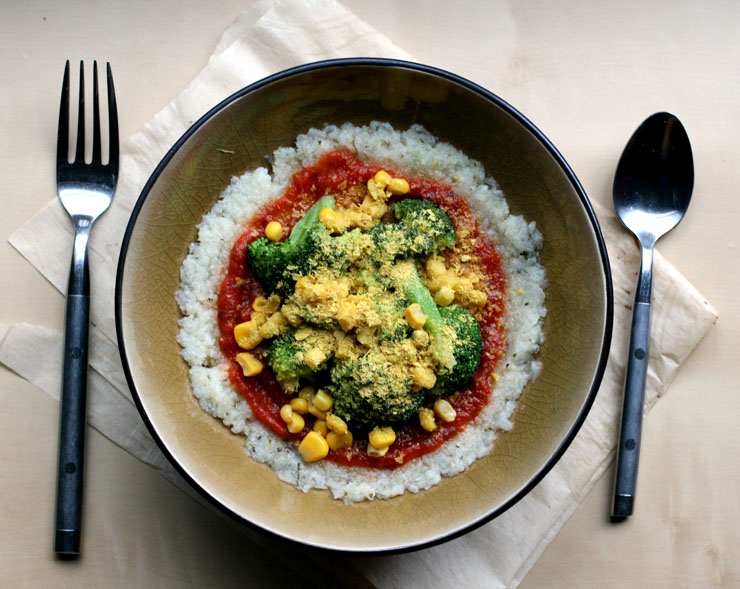 Not long ago, I was still an adoring fan of Houston weather. I’ll take perpetual warmth and sun and mild winters over rainy, foggy northern California weather any day. I spend most of my days in an air-conditioned office, adhering to the advice of my coworker put it, “newsflash! If you don’t want to be hot, don’t go outside!”

But on the weekends, it’s clear this summer feels like a different beast. A planned hike last weekend was canceled after taking two steps outside in the swampy air. Laying out is no longer an option—pool visits are instead spent hiding underwater for as long as possible before breaking for a breath. I’ve accepted that instant sweat when stepping outside is going to be a thing. And inside? It’s a battle to keep our electricity bill from skyrocketing. 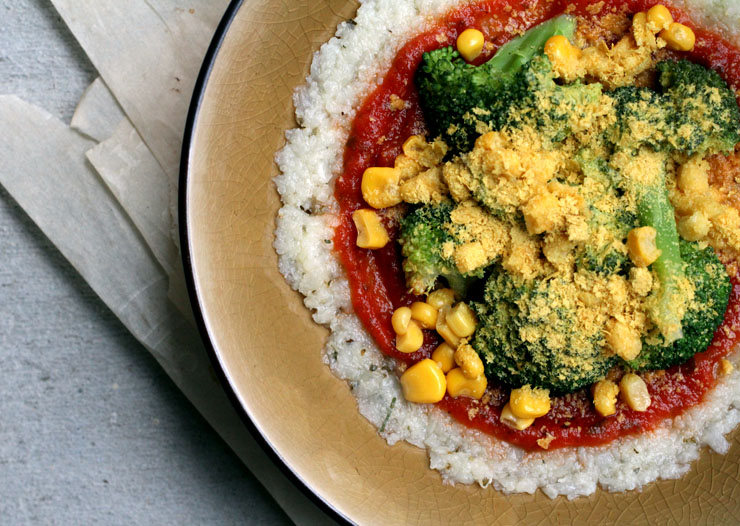 Erik and I made these cauliflower pizzas the other night (both dairy-free and not) and each gooey, flavorful bite was marked by ecstasy and regret. Ecstasy because, as Erik put it, those pizzas put to unbelievable shame nearly every other pizza we’ve ever consumed for a fraction of the carbs and calories. Regret because sweat was dripping down my neck as we chowed down at the kitchen table, the smoky kitchen air practically crackling with heat.

It’s summer! Who in their right mind is still baking?! I know many of you can relate to my struggle—I want to bake! But I shouldn’t!—but okay really: I think it’s time to lay down the oven mitts. So the next night, I made cauliflower pizza again, but in a bowl. Pizza-flavored cauliflower, pizza sauce, tons of fresh veggies and that delicious thing called nutritional yeast which vegans sometimes use as a cheese substitute (easily found at Whole Foods. You can buy it in the bulk section if you just want to try it out). I think it just tastes delicious.

Four minutes of cooking required. THERE we go. 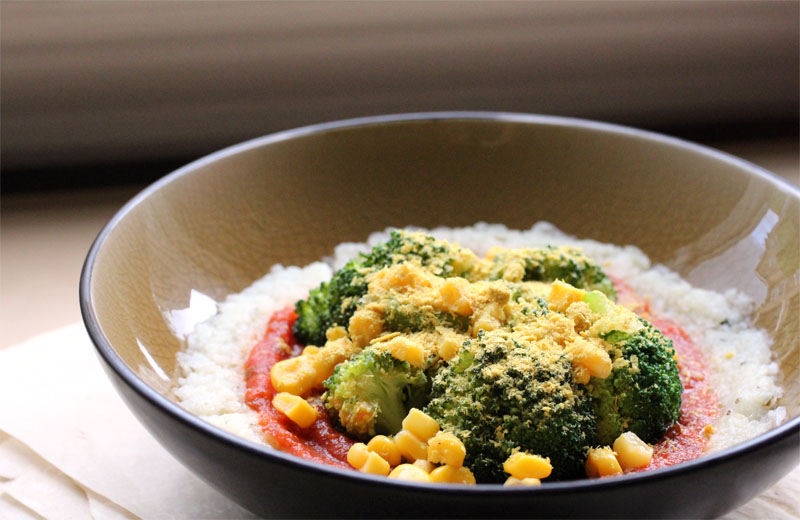 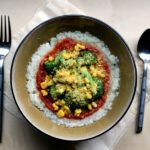