Just when my pie obsession was dying down, my friend came over with a jar of peaches. Clearly, more pie had to be made. 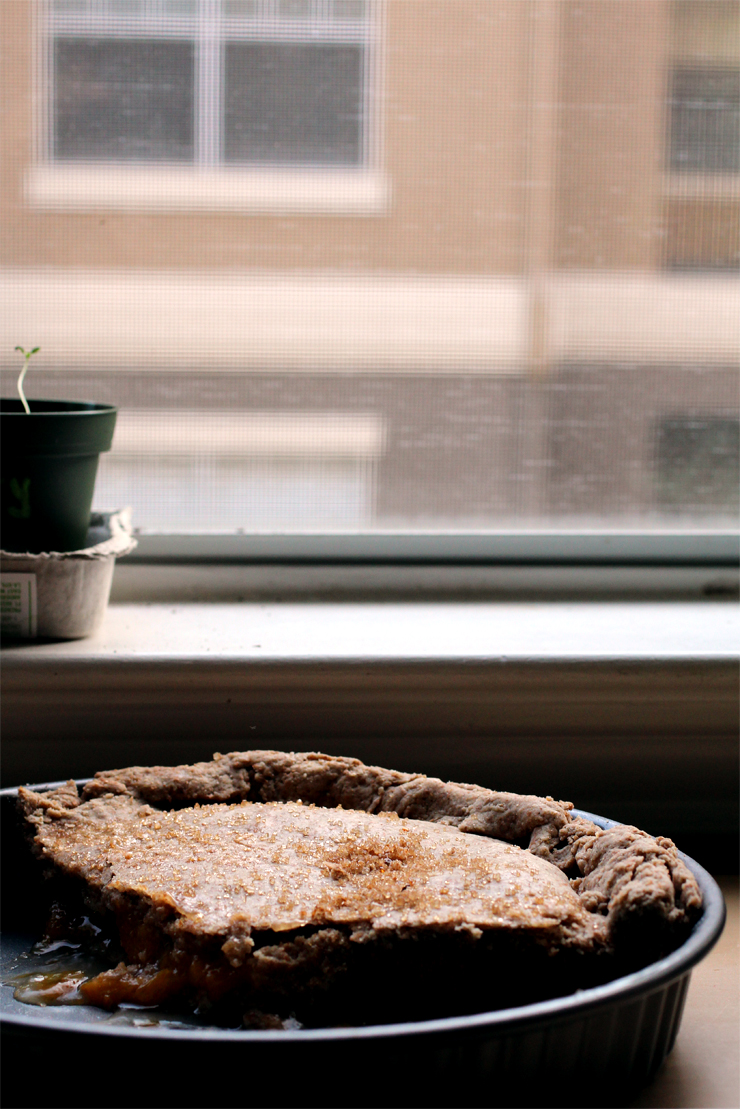 Funnily enough, I consider myself a baker (over a cook), but I am not a pie maker. I’ve made maybe three pies in my life and frankly the process doesn’t hold wild appeal to me—I’m not big on butter-greasy fingers or the waiting (so much waiting!) or rolling out dough. But during our stay in LA (where Erik and I and my favorite horde of cousins ate enormous pancakes, hiked in Malibu, visited the Getty and bummed around the beach), I developed a huge crush on the Angelica Kitchen cookbook.

My aunt, who recently went vegan-before-six, made several recipes from the organic vegan NYC-based restaurant that I went crazy for. Like, I was dying over carrot salad. And BBQ tempeh. And cashew pineapple coleslaw. 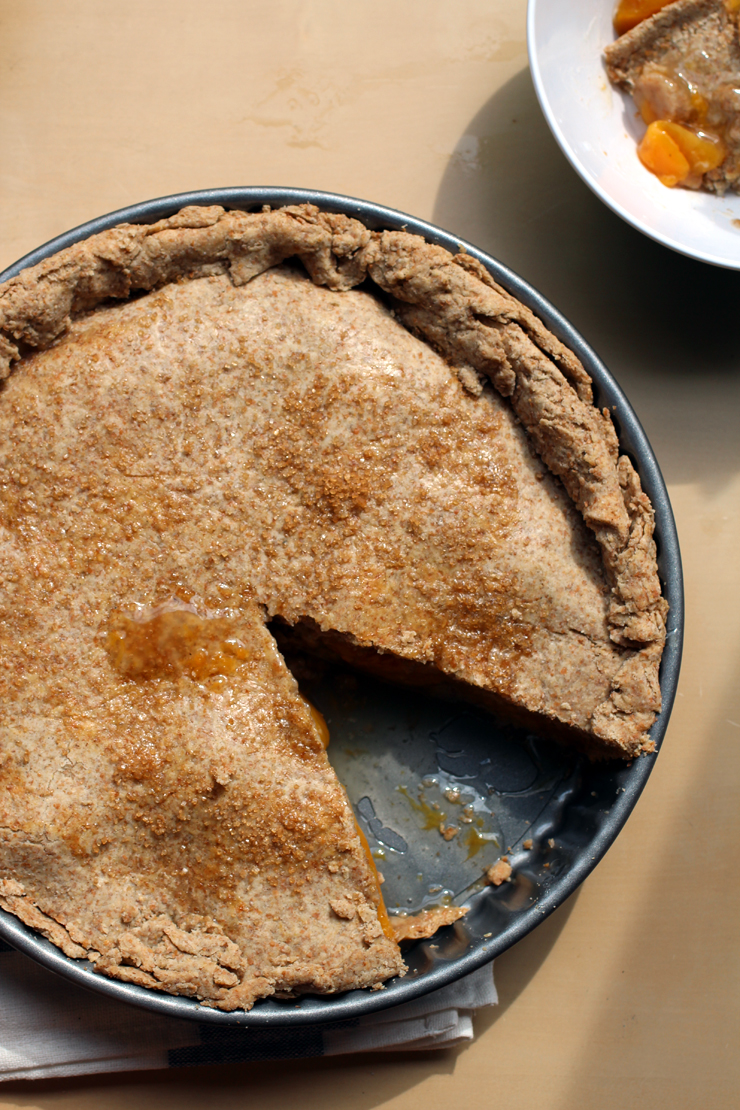 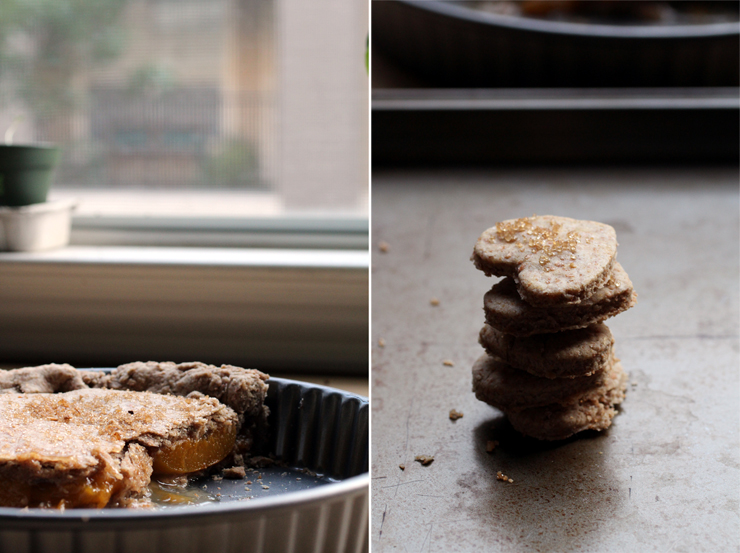 But back to pie: when peaches and a friend appeared in my kitchen, I was itching to try the book’s recipe for vegan pie crust–no butter-kneading or waiting necessary!

Although there were some nail-biting moments, it ultimately turned out a fabulously wheaty, not very sweet thick-crusted pie that was the perfect foil to an intensely sweet peach filling.  Although Karen and I noted that we could detect the olive oil in the crust in the beginning, the flavor disappears under the peach filling and the more it cools, the fainter the aroma becomes. It’s not a traditional smooth-crusted, golden flaky pie crust, but it feels like a sincere, nicely rustic substantial pie that has character and rough edges and heft and just enough sweetness. 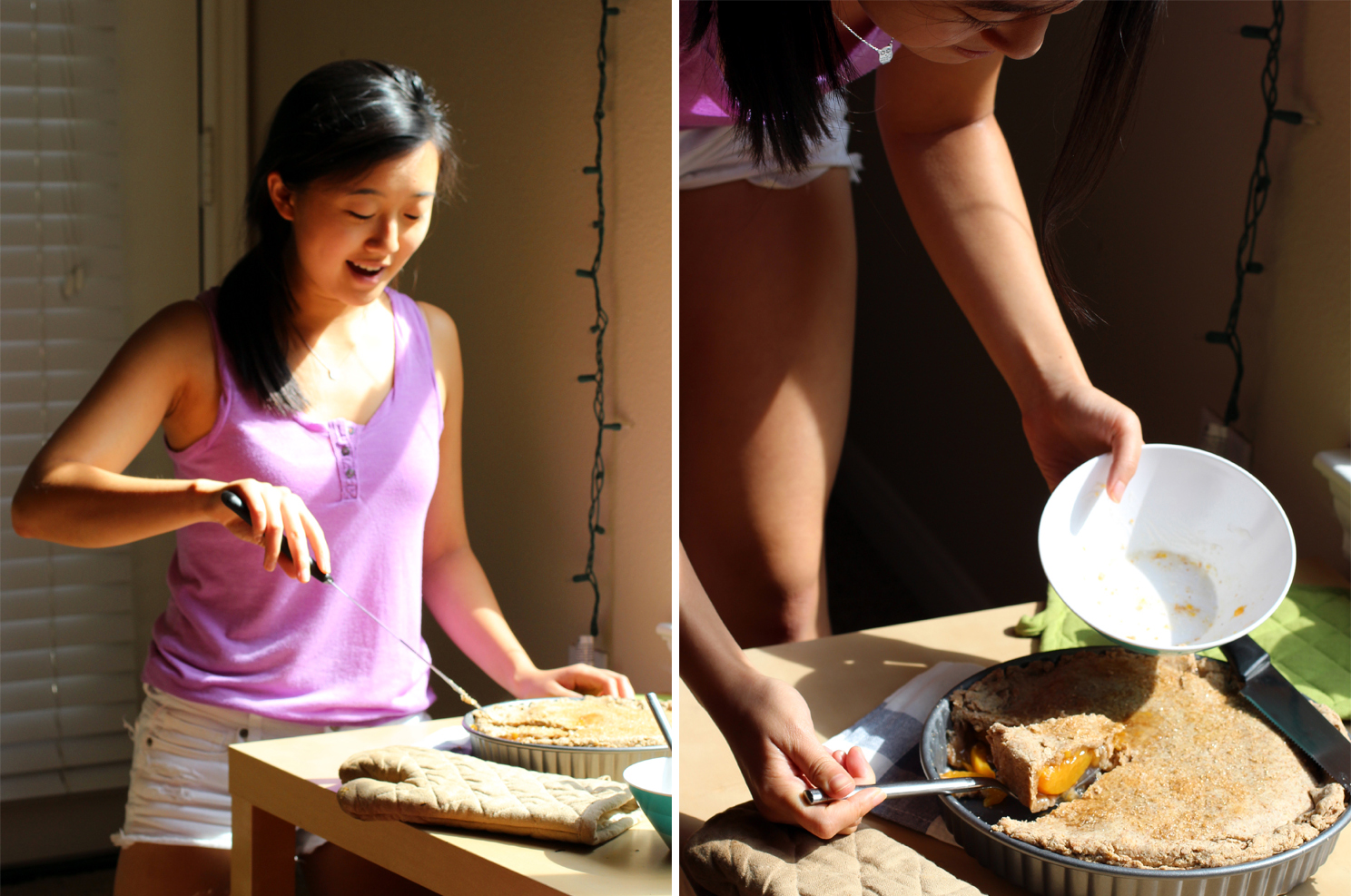 A few notes on this recipe:

And lastly, I was tempted to just dump the peaches in the crust without bothering with the whole peach juice syrup-making process, but clearly I am a pie noob. This article convinced me otherwise. So fascinating. Did you know that a double crust pie needs more thickener than an open-faced pie? Or that you can use flour, cornstarch, tapioca, or PFE to thicken fruit pies?

Considering the runniness of some fruit fillings versus the perfectly gelled (but not too gelled!) of others was news to me. Essentially, the article says you should always follow a recipe as written when making a fruit pie (as long as you trust the source!). Hopefully, the recipe writer will have already found the optimal way to thicken the fruit filling. 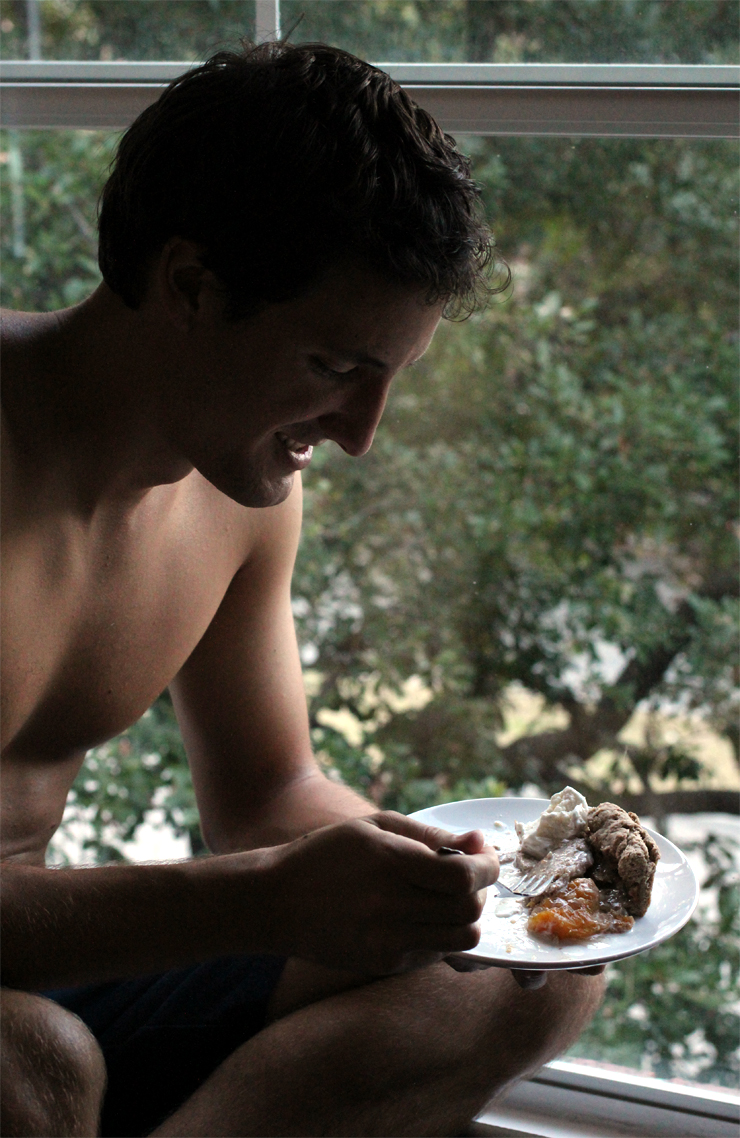 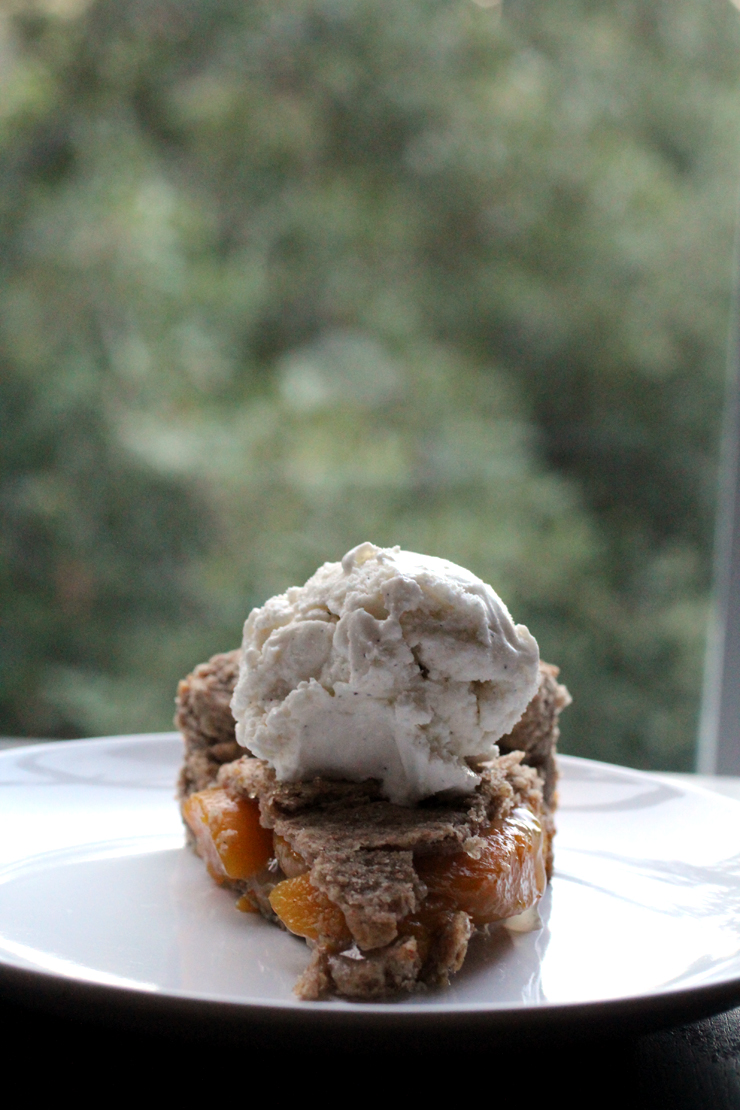 * I would not, however, substitute canola or vegetable oil after recently reading this article. Essentially, those oils are some of the most chemically altered foods in our diet! Save the pies! 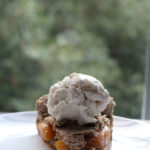 Filling adapted from here , crust adapted from here *The original recipe called for half all-purpose flour and half whole wheat pastry flour. I added a little buckwheat and oat flour to reduce the amount of gluten and add a little extra fiber and protein, but it made the crust slightly more crumbly. If you use my flour combination, you may have to add more water. **I imagine that fresh peaches could be subbed for canned if you replace the canned peach with about six cups of fresh peaches and the canned peach juice with the same volume of water mixed with a couple tablespoons maple syrup.