When I was little, I could speak five languages. 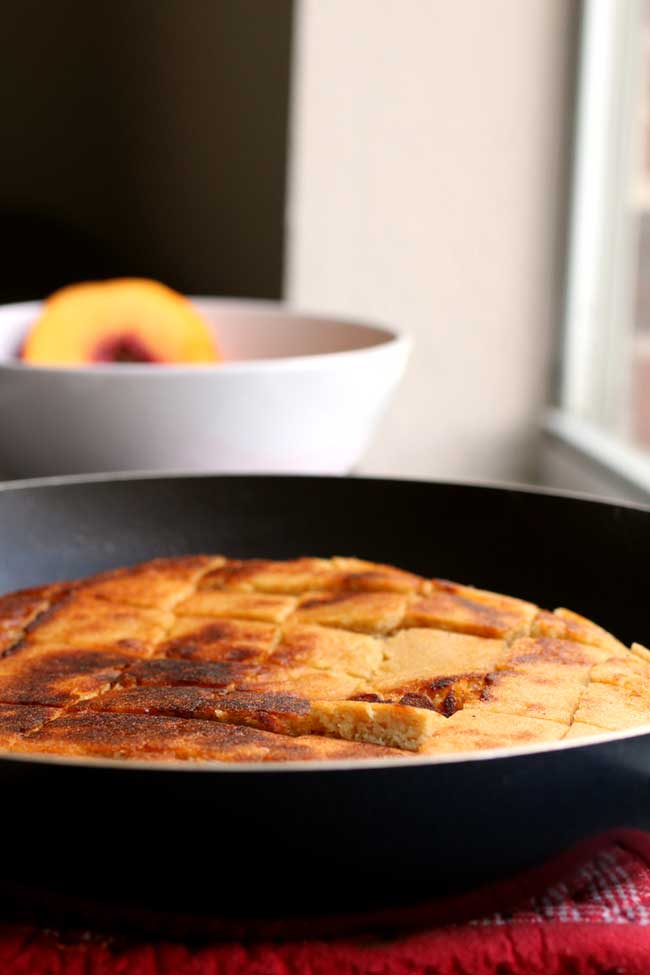 Second-grade Mandarain, sesame-street Spanish, I could count to three in Japanese and I could say exactly one sentence in German. I don’t think I need to tell you my native language (Bengali, obvs.) That all counts right? 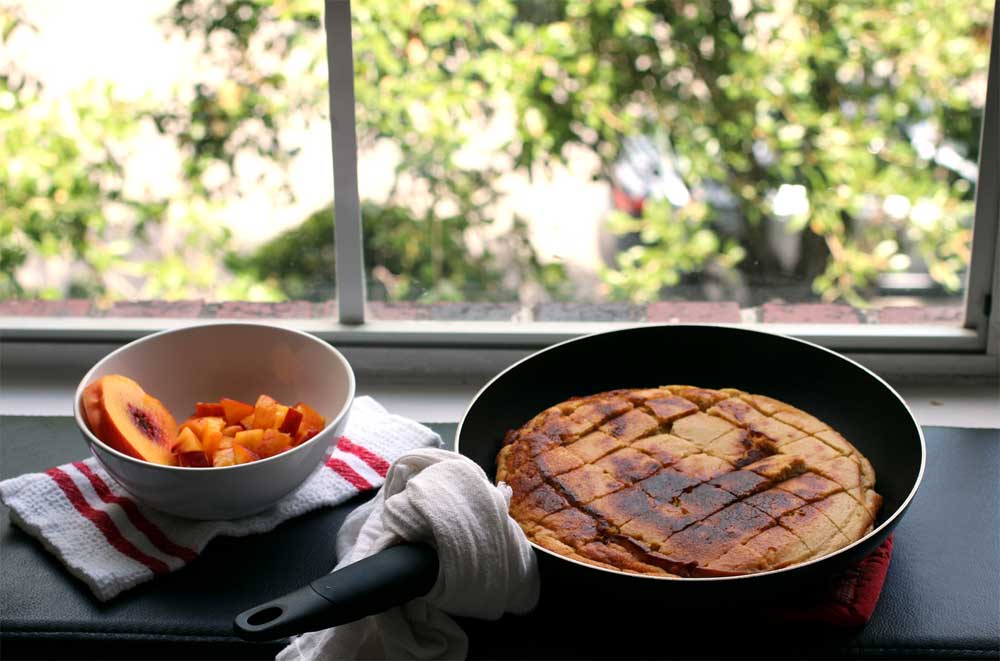 Courtesy of my mom, thanks to her study abroad adventures in Germany. Actually, Erik can actually speak German sort of fluently and I like to demand he say things to me in it. Aren’t we all suckers for foreign accents? /sigh.

Unfortunately, I have no idea what an accurate pronunciation of this is, which is a shame because this is the fluffiest pancake you will EVER eat, and I think that deserves accuracy. 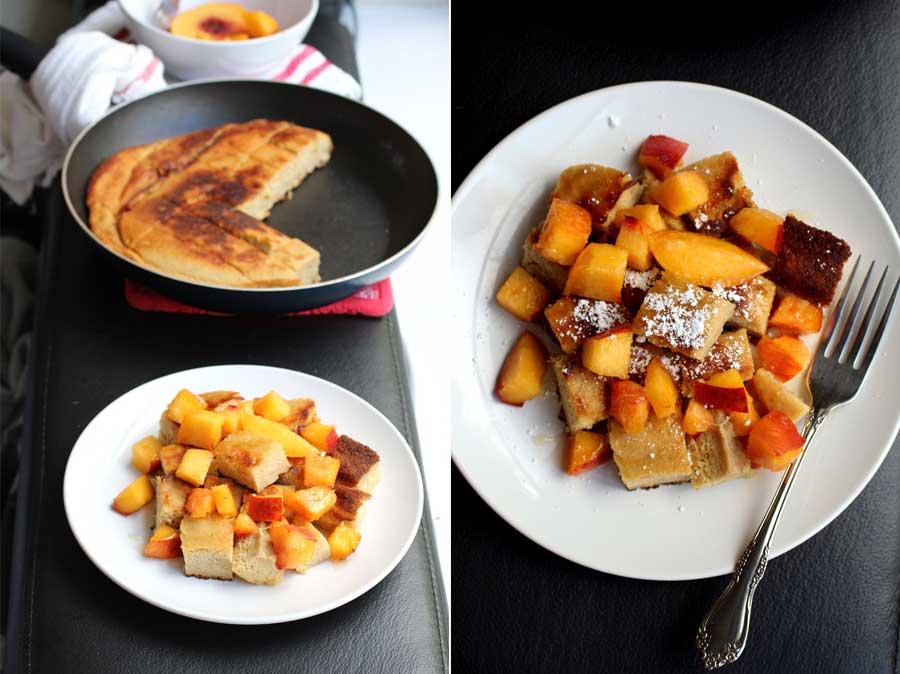 Regardless. To the pancake.

I first discovered kaiserschmarrn here and was fascinated by the idea of a thick, scrambled crepe served all chopped up. “Kaiserchmarrn” apparently derives from the words “kaiser” (emperor) and “schmieren” (to smear) because apparently Kaiser Franz Joseph loved this pancake so much, it got a special name. Traditionally, kaiserschmarrn is shredded or chopped into pieces during or after frying and served with some kind of fruit compote. All over that! 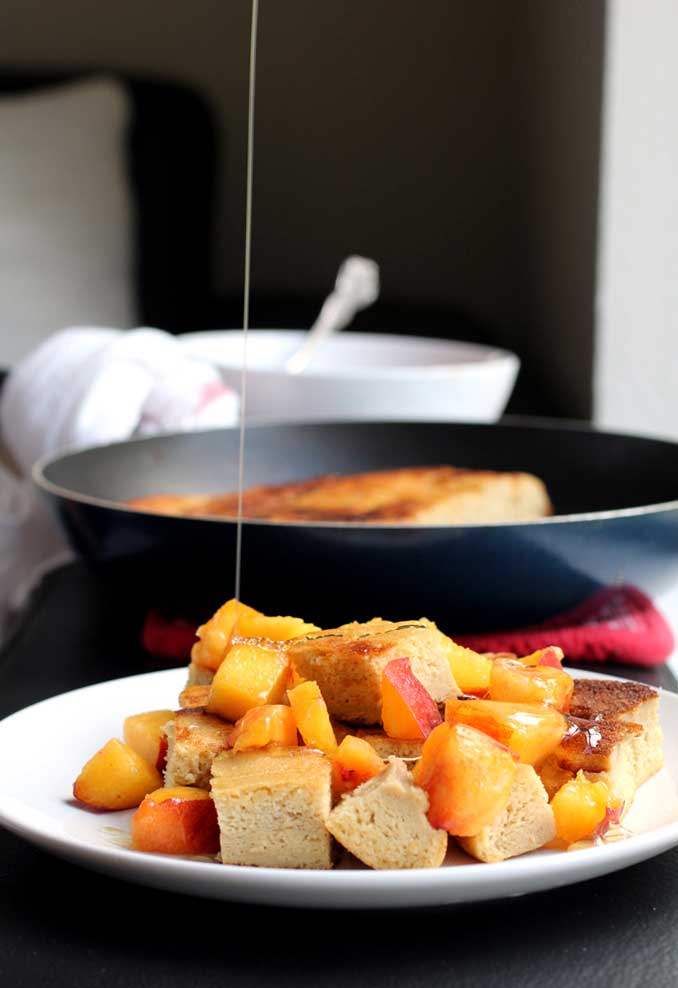 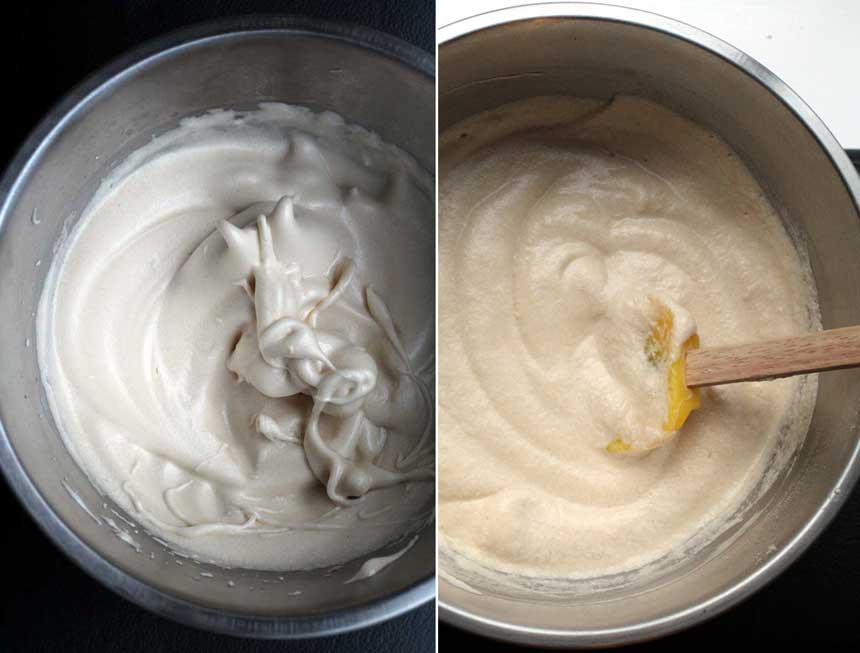 Though I don’t normally whip egg whites for my pancakes (a laborious extra step when you can get fluffy pancakes without it), this pancake’s volume relies on four egg whites whipped to stiff peaks, which is folded into a foamy batter that cooks up so tall and buttery and golden you’ll be questioning whether you made cornbread or a pancake. 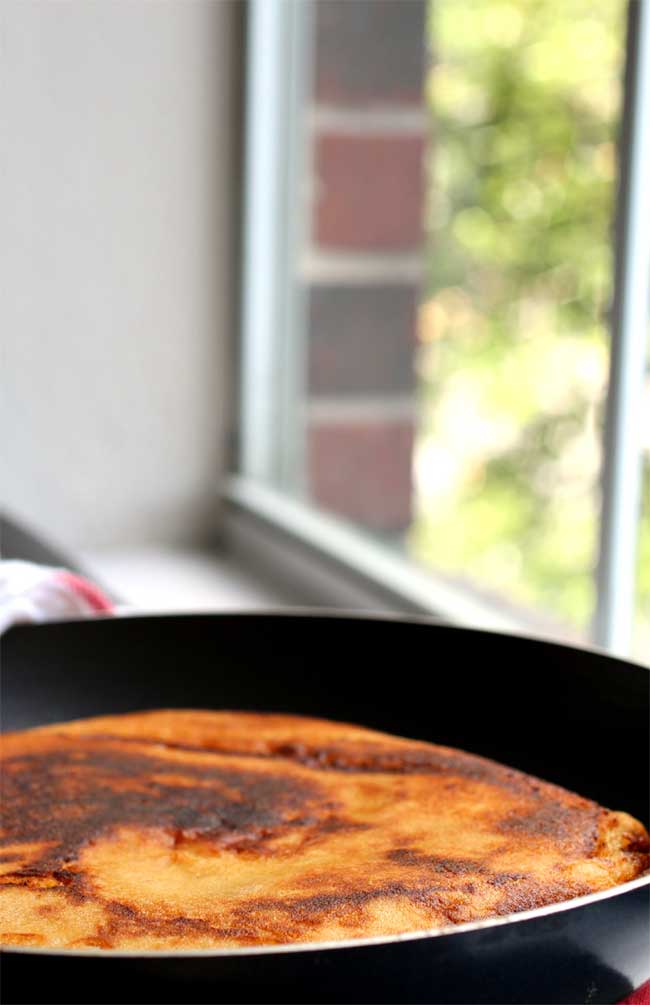 Except the texture is far from cornbread—more of a custardy, eggy, airy slab of pancake fried in butter that tastes insanely decadent but there’s actually no fat in the pancake itself, just the fat you use to fry it. It’s kind of like a stovetop dutch baby, except thicker. Which means MORE DELICIOUS in my book. And it’s not overly sweet, which means it is heavenly drizzled with honey and compote, or just strewn with chunks of ripe peach or whatever other fruit you have on hand. There’s some tricky flipping in this recipe, but don’t worry–I got you covered!

The pancake was already fully cooked when I made this gif, but in real life, the top of the pancake will still be wet and barely set when you slide it out of the pan onto a plate. This is how you flip it!

From Dutch babies to Japanese crepes to Austrian pancakes: we’re going around the world! This is getting exciting. 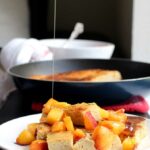 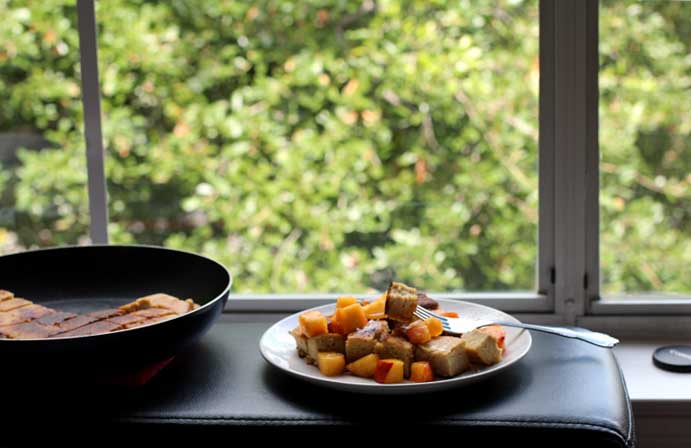