Okay, you’re right—half of pretty much all tortillas are already vegan and gluten free.

But can we all agree that in the flour vs. corn debate, flour tortillas are clearly the superior taste winners? But also: those doughy and pliable rounds are all made out of refined flour and lard. Ew.

The key: chickpea flour, which is also known as garbanzo bean flour, gram flour or besan. It’s just ground chickpeas and it has approximately double the nutrition of masa harina (the corn flour used in corn tortillas).

Chickpea flour is one of the cheapest alternative flours you can buy—if you can’t find it in your local grocery store, it’s available in a lot of ethnic markets OR you can just buy a pack of dried garbanzo beans and grind the flour yourself in a powerful blender or food processor. 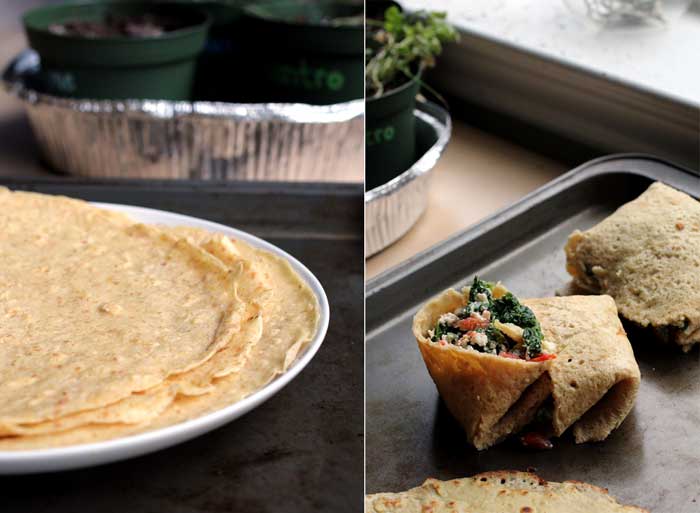 These are amazing—doughy, just like flour tortillas, with the perfect amount of chew and a slightly nutty flavor. They’re just slightly less springy (they’ll crack if you happen to try to wrap an especially thick tortilla around a wet burrito filling). Instead of rolling out dough like traditional tortillas, these cook up like crepes with a runny batter. They take just a few minutes to make and then voila! A healthy, fiber-filled tortilla is ready for any number of fillings you feel like throwing at it. 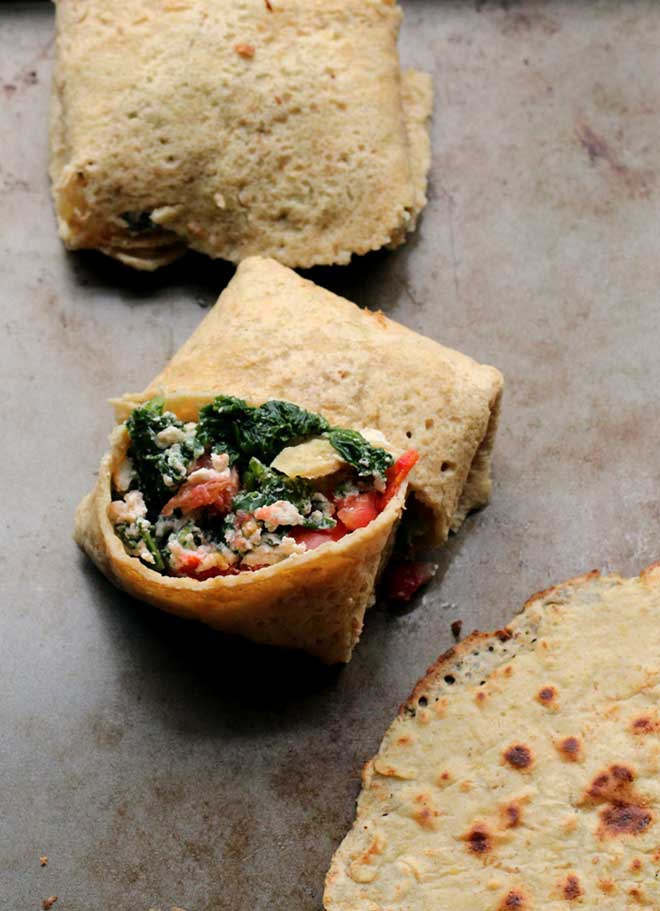 If you don’t have flaxseed, you can omit it, but I highly recommend it for an extra nutritional boost. Again, these are vegan and gluten-free, but I stuffed them with the highly NOT vegan filling of steamed kale, egg whites, tomatoes, parmesan and avocado. It was delicious.

These thin, doughy tortillas with just the right amount of chew are like flour tortillas, but vegan, gluten-free and packed with protein and fiber! The power ingredient is chickpea flour, which can be ground from dried chickpeas.
Servings 4 -5 tortillas
Calories 125kcal

If you don't have ground flaxseed, you can try omitting it, but I highly recommend adding it. Adapted from here.

In case you were curious about the miso caramel ap

Best pecan pie bake off is now live!! Never have I