Last weekend I attempted a healthy pumpkin bread with a swirl of cottage cheese cheesecake (let me give you a tip: it was not good). It was wrong. So wrong. Pumpkin is over. 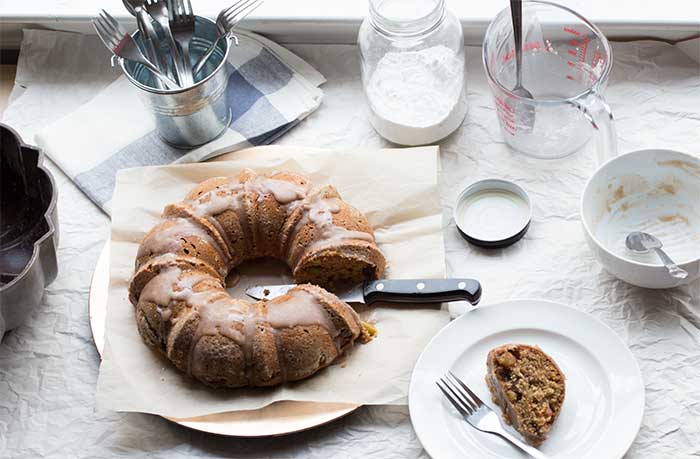 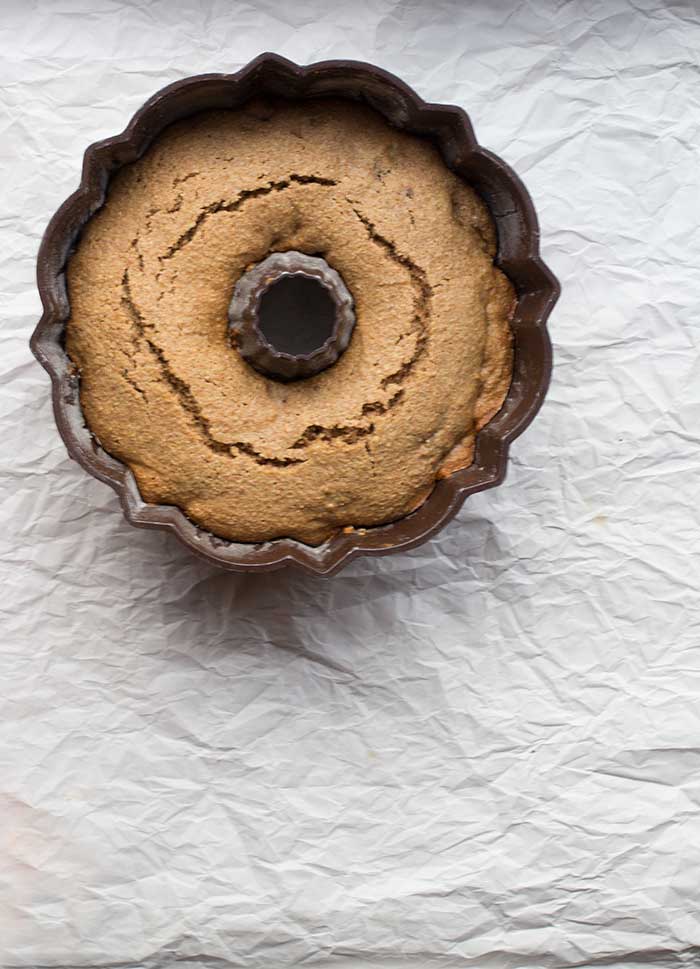 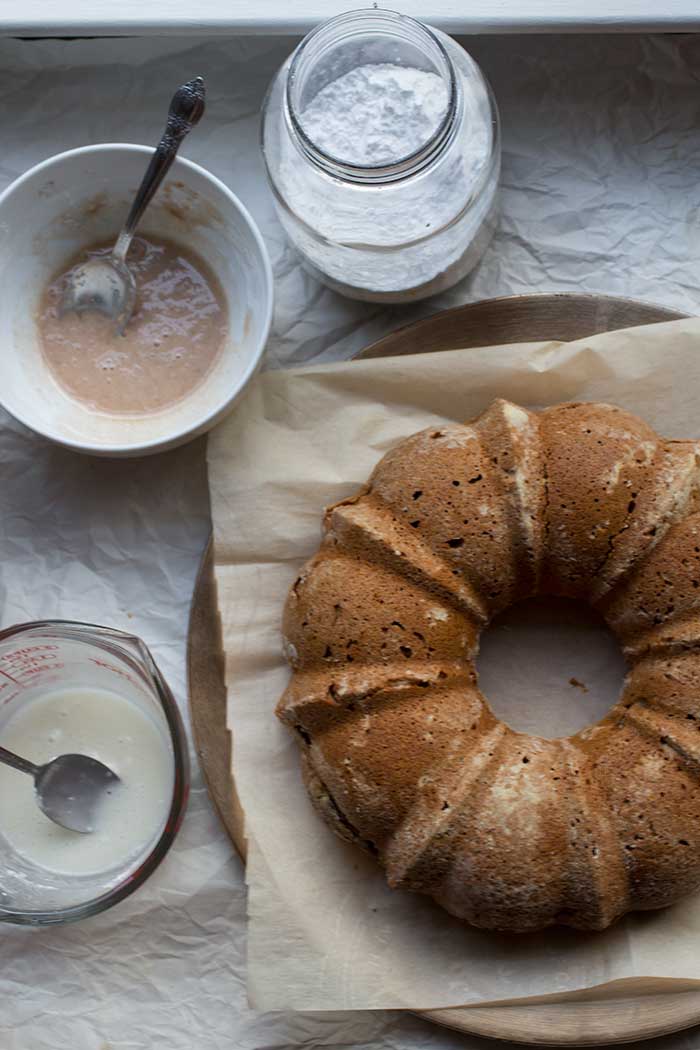 But apples: those ladies never seem to go out of style. And thanks to a large bag of chopped apples left over from volunteering, a new bundt pan and a non-new lust for cake, I made this cake this past weekend. (And thank the heavens I made the cake this past weekend instead of the weekend before that, when my baking mojo went seriously missing. We’re talking two failed batches of cake, two failed batches of pancakes and the above bread that shall not be mentioned again.) 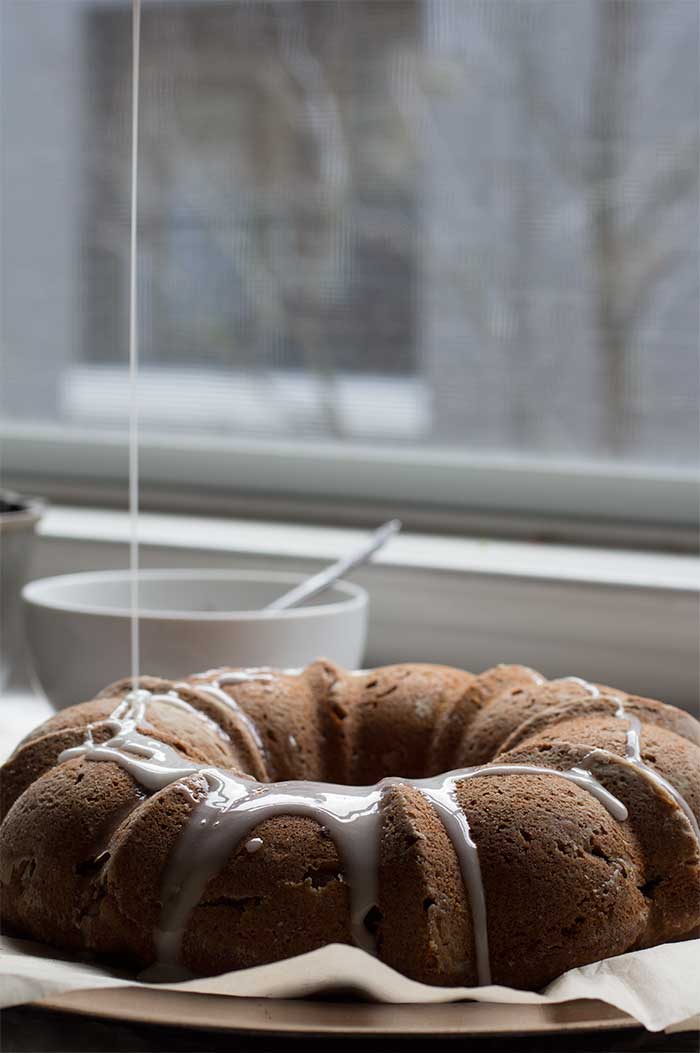 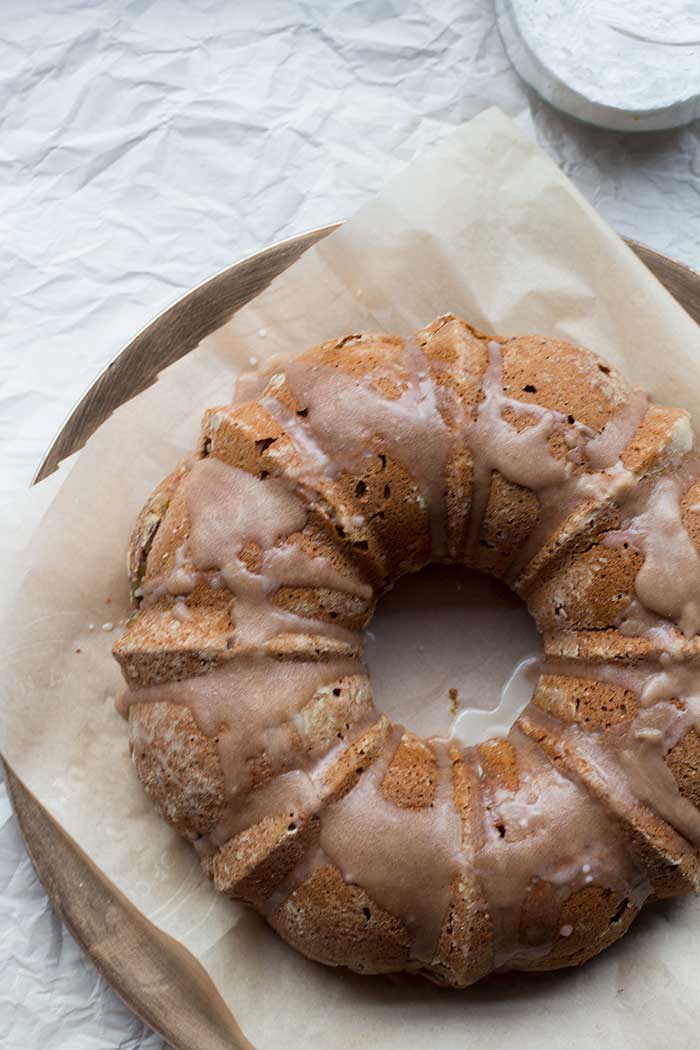 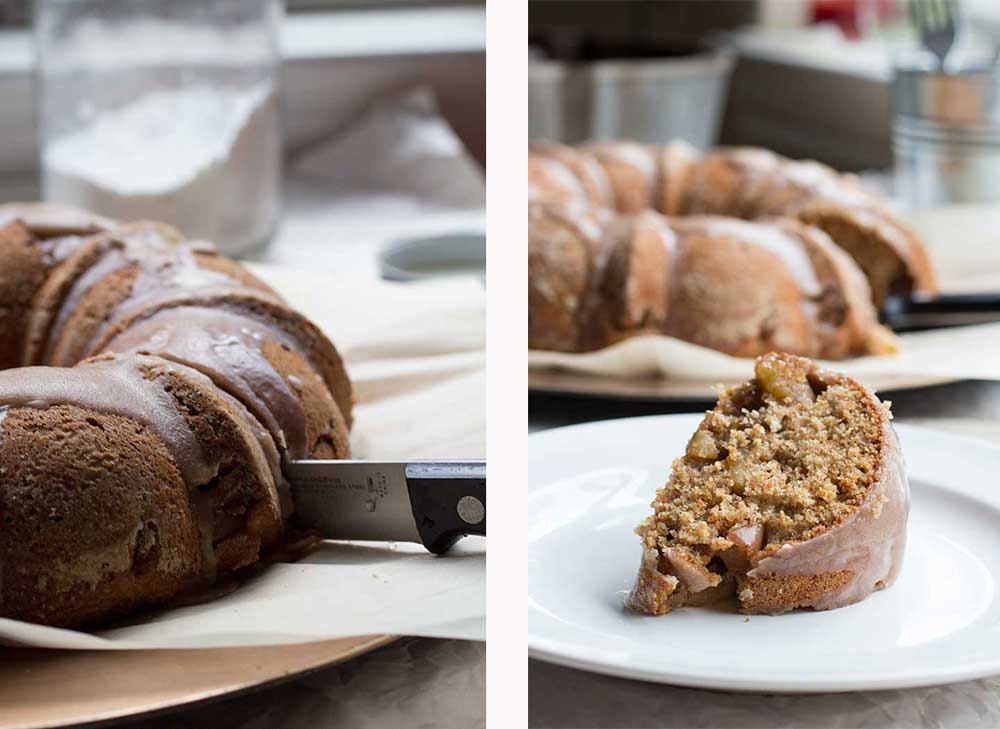 THIS CAKE. Not only did it come out of the pan completely unscathed (grease AND flour that pan, lady!), it was the kind of cake you take a bite of and then squeal. Or at least I did. This cake is almost pure indulgence aside from the whole grains (and the fact that it’s butter-free, if you’re into that), mostly because I wanted to christen my new bundt pan with a success and well, this was a resounding one. Erik, unsolicited, declared it one of the best things I’d ever made. I brought him a slice while he was studying at school and he literally wolfed it down while talking to me through the window of my car, commenting on the “amazing texture” (I used the H-E-B brand of whole wheat flour which has visible specks of wheat, which I think makes everything taste deliciously grainy) and overall deliciousness.

Far from a soft, spongy cake, there’s a earnest heartiness from the whole wheat that verges on crumbly, especially where the layer of soft, cinnamon-spiced apples break up the layers of honey-apple cake. It’s sort of has the same bready crumb as those really indulgent, delicious whole wheat loaves–but I’m talking bready in the BEST way–light as a cloud, with explosive flavor the the way you hope all bready cakes could grow up to be. Because this flavor really does cause eyes to roll back into heads. And multiple slices to be eaten. And happy people. 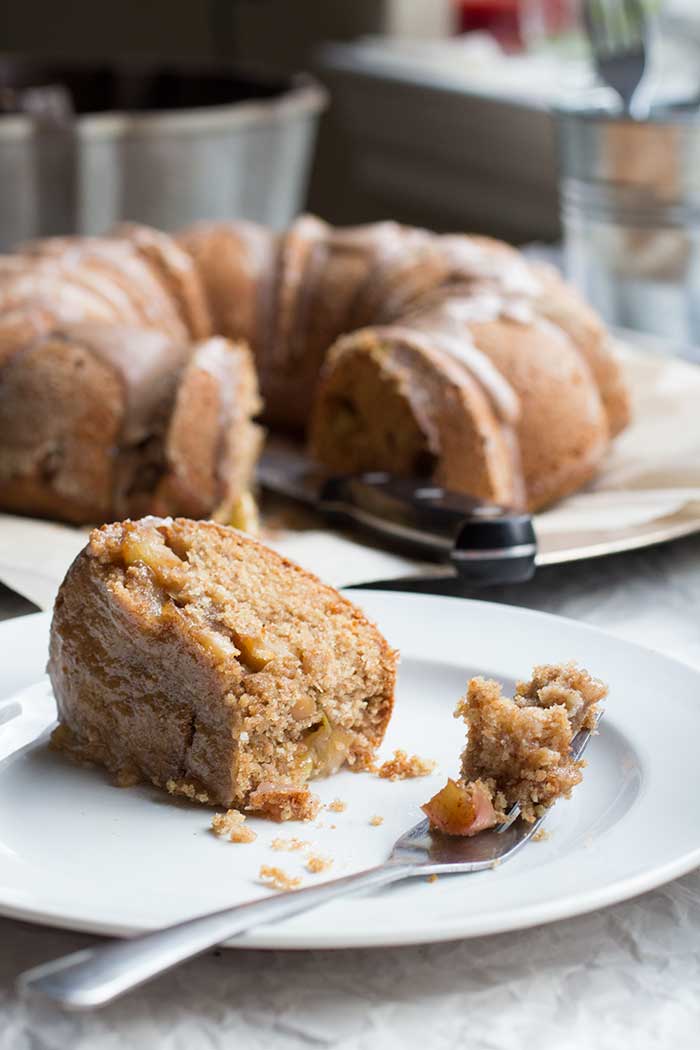 Since I thought I had reduced the sugar from the recipe I was adapting, I worried the cake wouldn’t be sweet enough and doused it in two types of warmed glaze: a simple powdered sugar + milk glaze and a cinnamon-spiked glaze. Warming the glaze is a trick I learned from Sally’s Baking Addiction that causes the glaze to set so you get that crackly top when you bite/slice in.

Turns out, I didn’t reduce the sugar very much after all, and I think you could dial back the 1/2 cup of granulated sugar to 4-6 tablespoons (still adding the honey + brown sugar). You could also reduce the sugar by topping the cake with a modest sprinkle of powdered sugar. But then you would miss out on the crunchy sugary edges that crackle like sand when you cut yourself a slice, otherwise known as the most delicious part of the cake. Moderation, my friends. 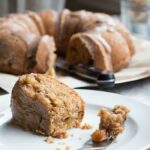 A whole wheat apple cake is laced with just enough chunky, cinnamon-boosted apple pie filling to complement the sweet honey flavor in the cake. An ideal match for coffee or tea, this is one of the most perfect coffee cakes I've ever made!

Adapted from here and here. Her recipes literally never fail me. You can most likely omit the oat flour if you don't have it or don't feel like making it and use 1/2 cup of whole wheat flour instead.