When I took a stroll through my pancake archives the other week, I felt a guilty pang at how long it’d been since I’d made some of the recipes I repeatedly avowed as fantastic. Several recipes I’ve made ad nauseam in the over the period of a few days until the kinks were worked out but I no longer wanted to look at them ever again; then there are the heartier pancakes that I have nothing but fond memories of except for the severe cases of freezer burn suffered by several batches by the time I got around to unearthing myself from the latest pile of pancakes. 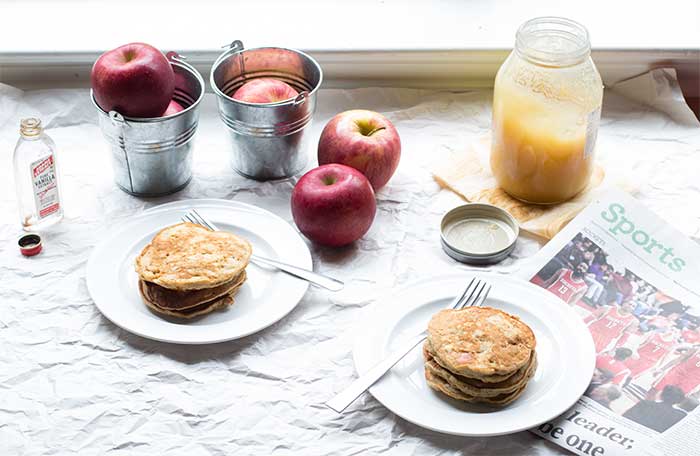 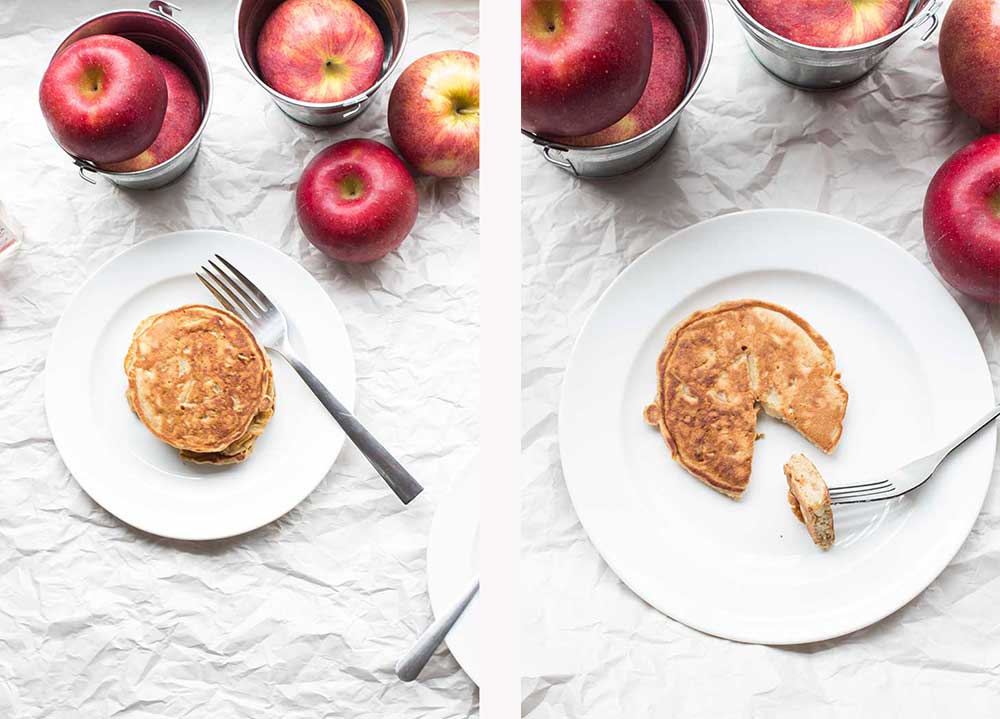 These in particular, I remember as being quite tasty, but even I did a double take after re-inspecting the recipe. Could they really be THAT tasty with no added fat in the form of tenderizing, enriching butter or fluff-inducing oil? 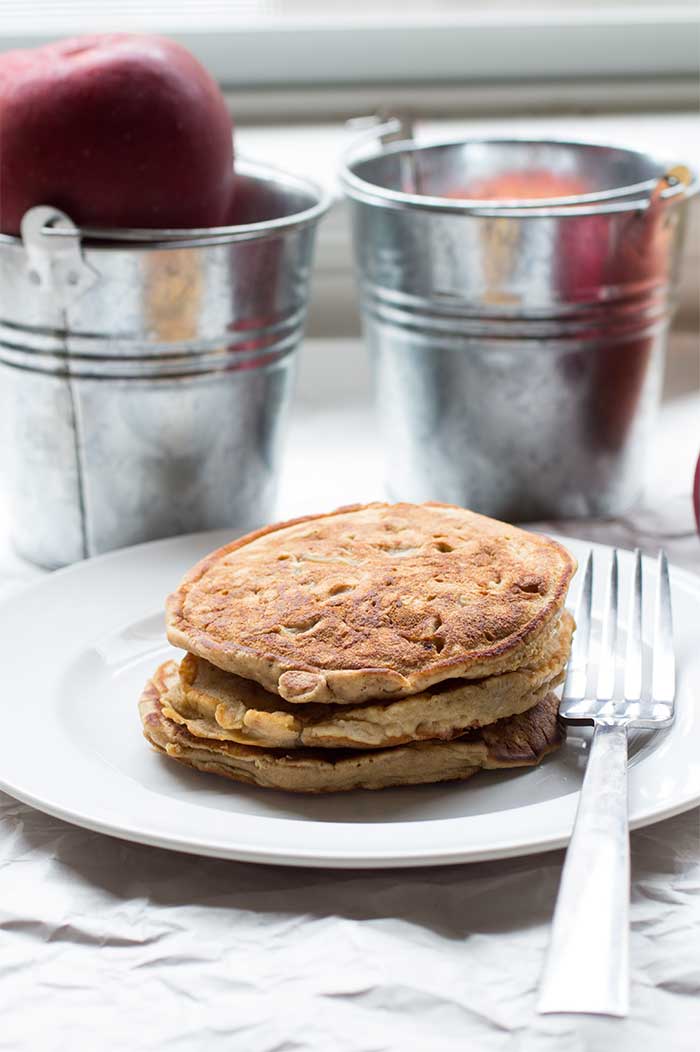 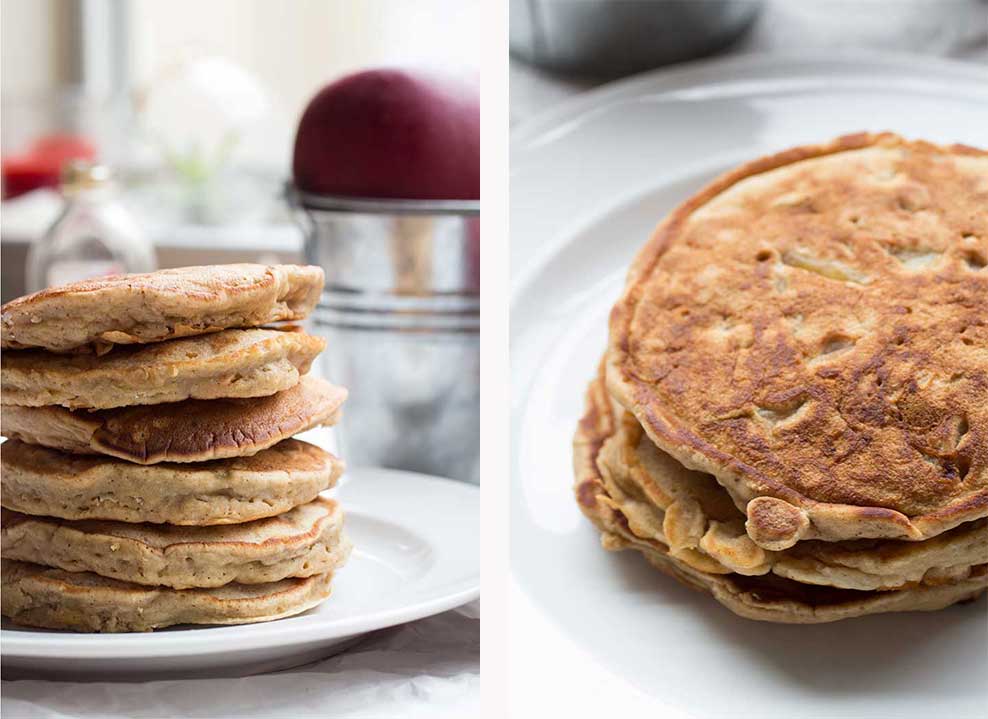 I remixed the recipe with finely chopped apples last weekend and found that the answer was yes—they really are very, very good with no added fat—not even peanut butter in this instance. These are supple, but not chewy. Sweet, but subtly so. They’re metaphorically sweet, not trying to bash you over the head with a satanic, sycophantic sugar rush that tricks you into eating five pancakes and then leaves you in a complete sludge of worthlessness for the rest of the day.

Yeah, none of that. So what is the significance of these pancakes? First, I had a lot of apples. More importantly, they got me out of my pancake rut. For weeks, the Pancake Fridays series has gone missing because I’ve been on edge about doing the next BESTTHINGEVER with a pancake recipe. Trying to think so far out that I lost sight of the box. These brought me back to planet Earth: okay, pancakes can be simple. They can even be relatively healthy, yet create the heavenly smell of churros in your kitchen that will waft under your boyfriend’s nose just before you set a plate of breakfast in front of him while he’s still half-asleep in bed. Yup. AND today I made him waffles. Because it’s Valentine’s Day. Do I get bonus points? 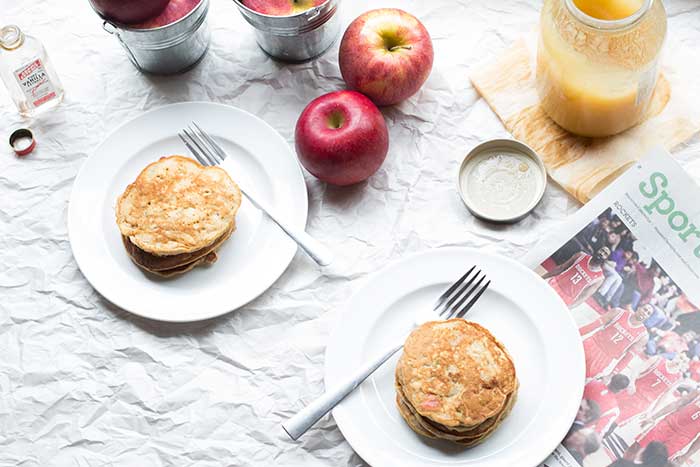 So, Happy Valentine’s Day! Whether you’re single, taken, a cynic, hopeless romantic, or somewhere in between, I hope you’re doing something fun or slightly indulgent to enjoy this ridiculous holiday! At the very least, I hope you (won’t) join me in picking up discounted heart-shaped candy tomorrow. I mean with grocery stores like that, who needs a boyfriend? 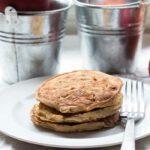 Adapted from here and here.