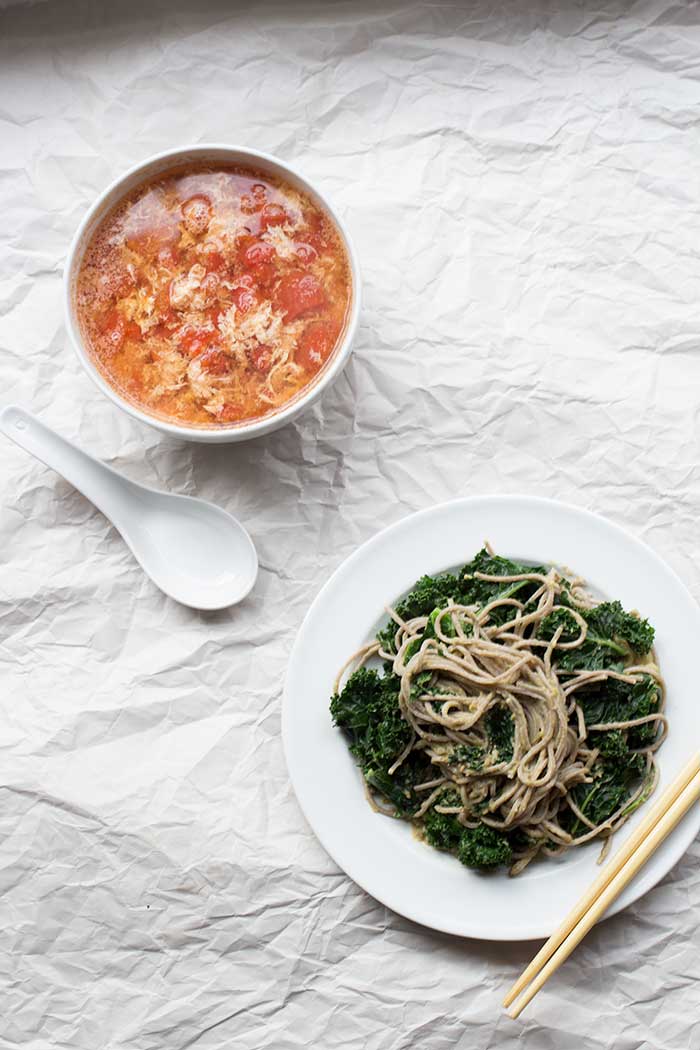 Otherwise known as: I had no idea what to call this. Because the first recipe is literally four ingredients: miso, avocado, kale and buckwheat noodles. They’re all important! How can I leave any of them out of the title? But how ridiculous would “miso avocado kale buckwheat bowl” sound? Moving on… 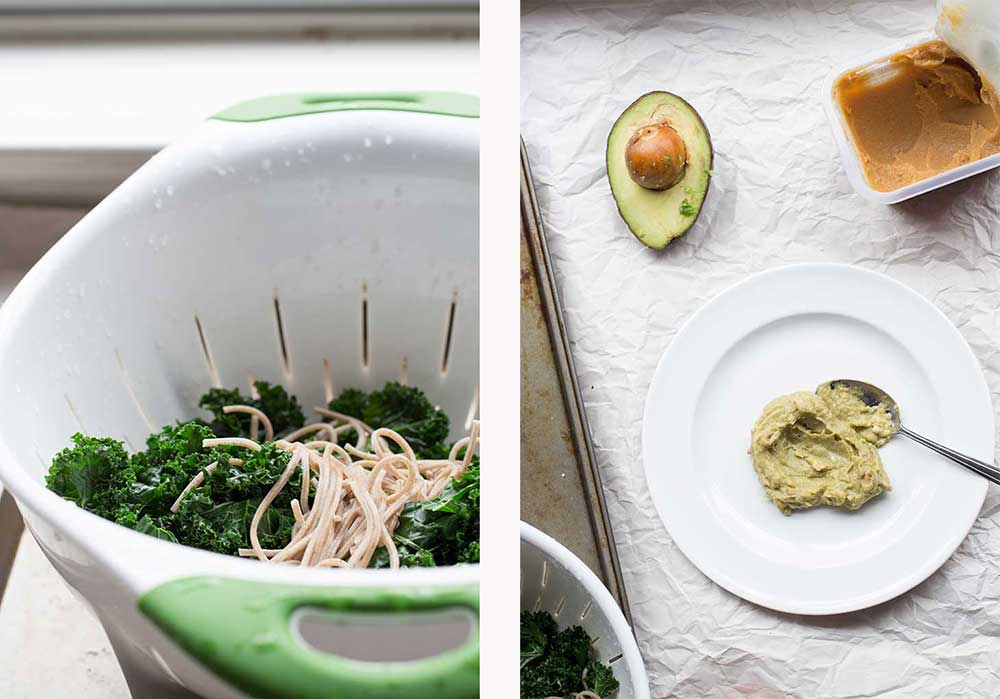 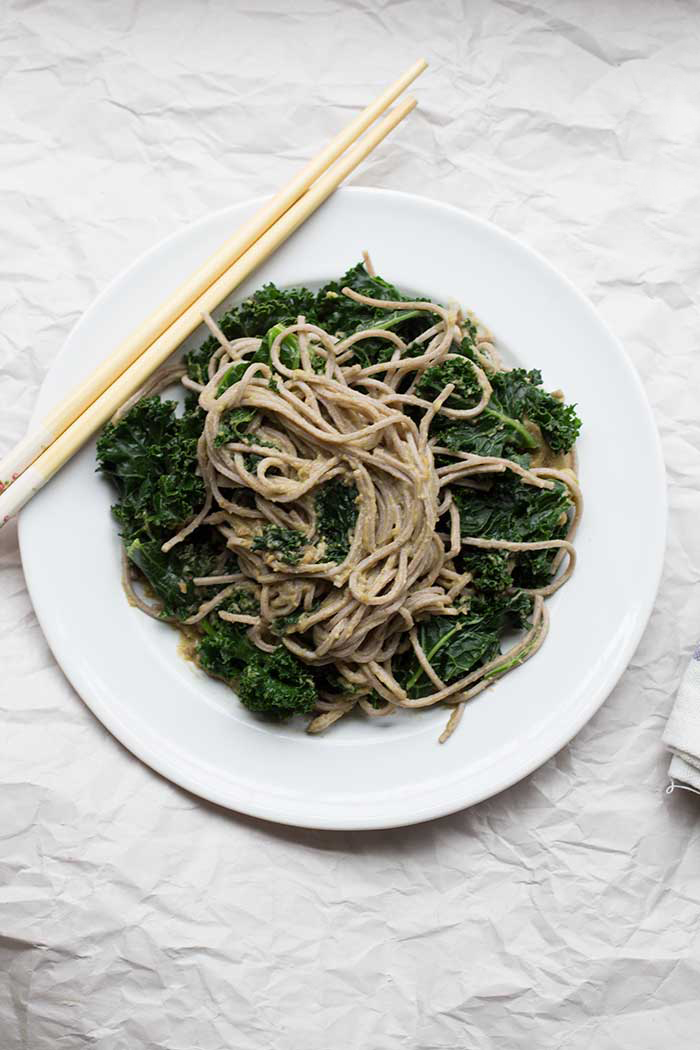 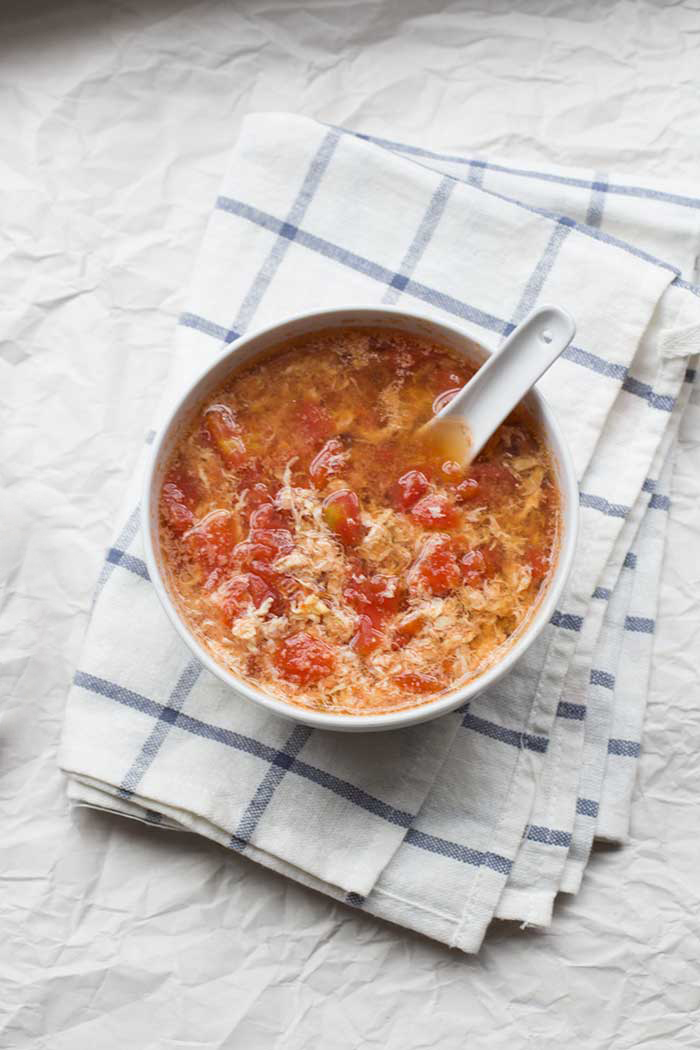 The other night, after weeks of craving Chinese food, Erik and I decided to have a take out date night. I critically scanned the menus of a few places I’ve been wanting to try and the description of an egg and tomato soup caught my eye—a “hearty soup with tomatoes, stir-fried scrambled eggs and seasonal greens.” In my mind, this soup was a lovechild between a simple stir fry my old roommate used to make—tomatoes, sugar, soy sauce and egg—and wispy-egged egg drop soup. I made a mental note to make it later and went for the healthier choice of greasy eggplant smothered in garlic sauce instead. 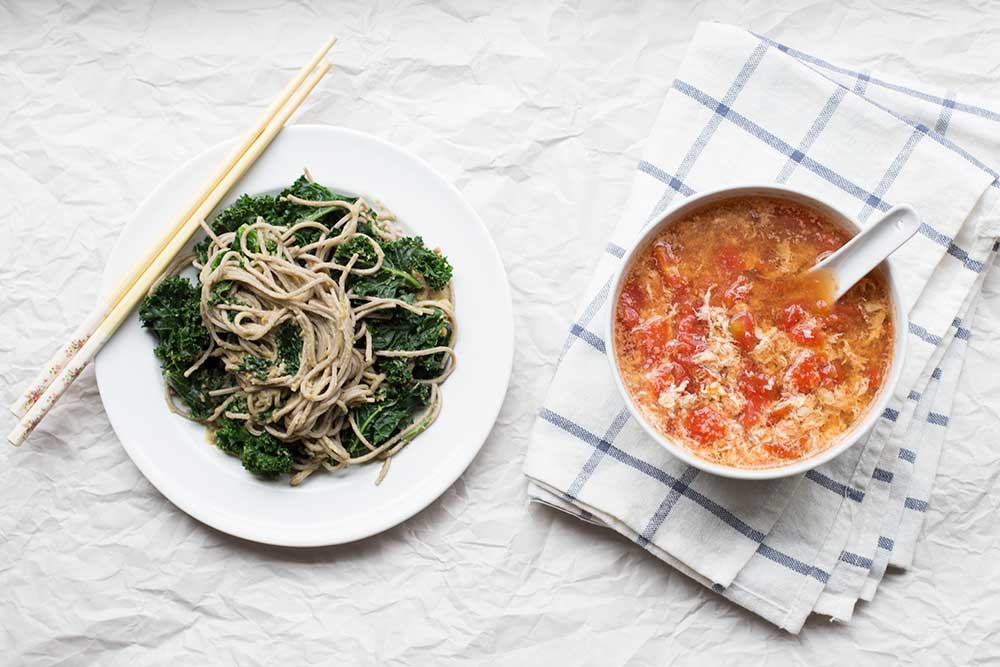 As for the kale avocado WHATEVER bowl, that was born of making this noodle bowl for the first time…and then the second and the fourth and the fifth and so on. It is so crazyaddictinggood and after making it way too many times to admit over the course of a month, I’ve lazied it down to the following recipe with just four ingredients but the same explosive flavor. And it takes about 10 minutes to make (6 of which is because you have to boil water). It’s so good that I’ve gone through 3 heads of kale in a week for the past two weeks. WHO AM I. 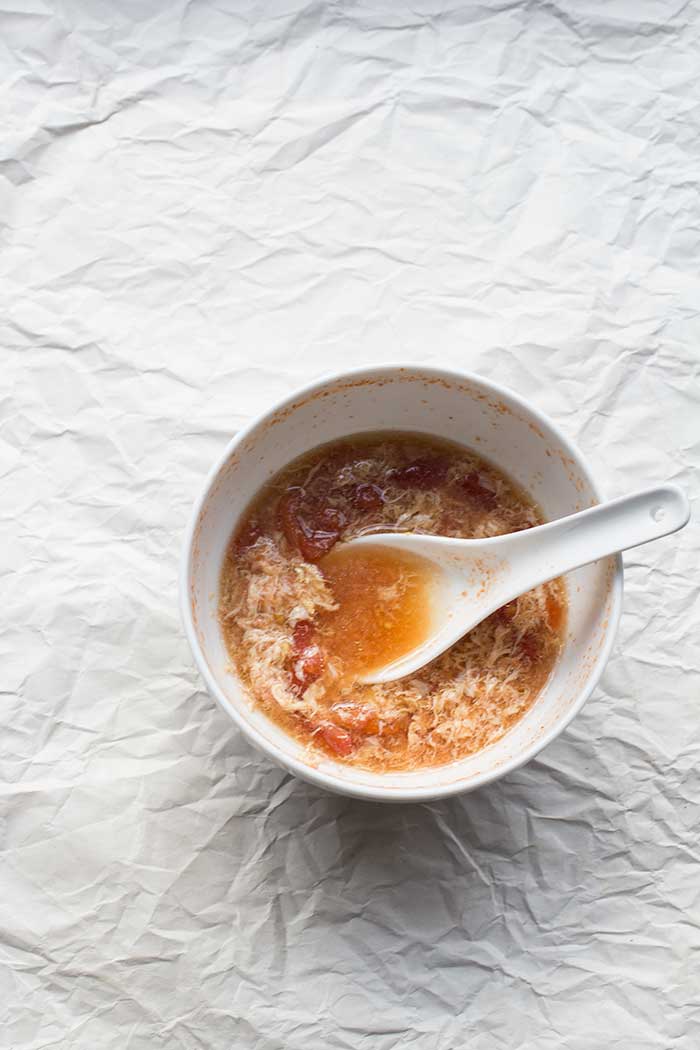 Put together, this is a totally balanced and nutritious meal and it can all be made in one pot. I’m not trying to say this is the most authentic egg and tomato soup ever, but it does the trick for a healthy, warming, bowl of slightly spicy and tasty soup. Eaten with the noodle bowl, everything just comes together so well–the noodle bowl without the soup is like “where’s my protein” and the soup without the noodle bowl is like “where are my carbs.” (And greens.) Together, they’re a perfectly satisfying greasy-takeout-alternative-single-girl meal and the meal I will be eating for weeks to come since my Valentine’s weekend was honestly filled with far too much cake, if such a thing can be said. 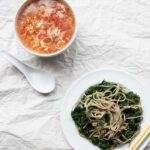 Adapted from here and here.

Another day, another head of kale… 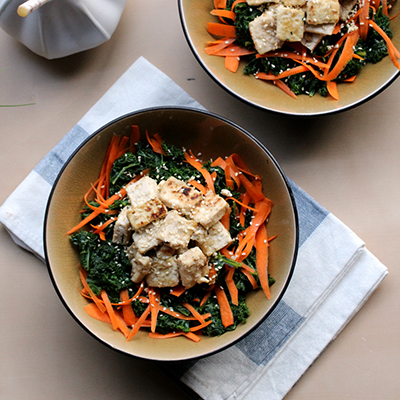 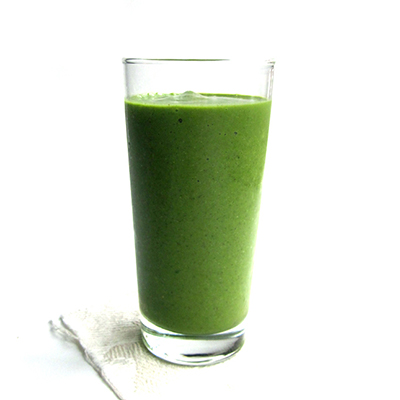 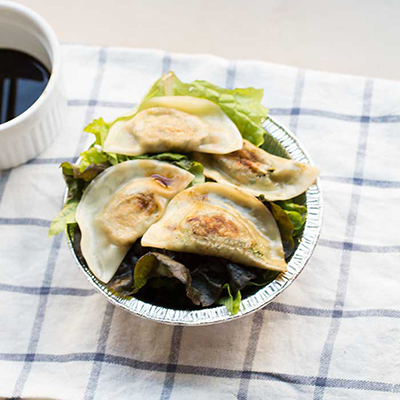 Also: tomatoes. I can’t wait for them to be back in season so I can make these beauties!!! 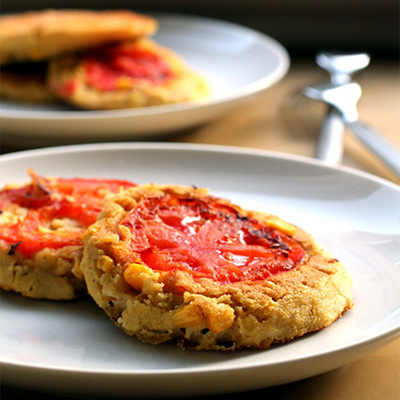