“Let’s do a macaron taste test! We’ll find the best macarons in Paris.” <– Ah, such grand plans Ali and I had for our short time in Paris. In reality, we made it to two macaron stops (Pierre Herme and La Duree) and have you ever tried to do a taste-off between the two? It’s kind of like trying to choose your favorite child (or so I hear). 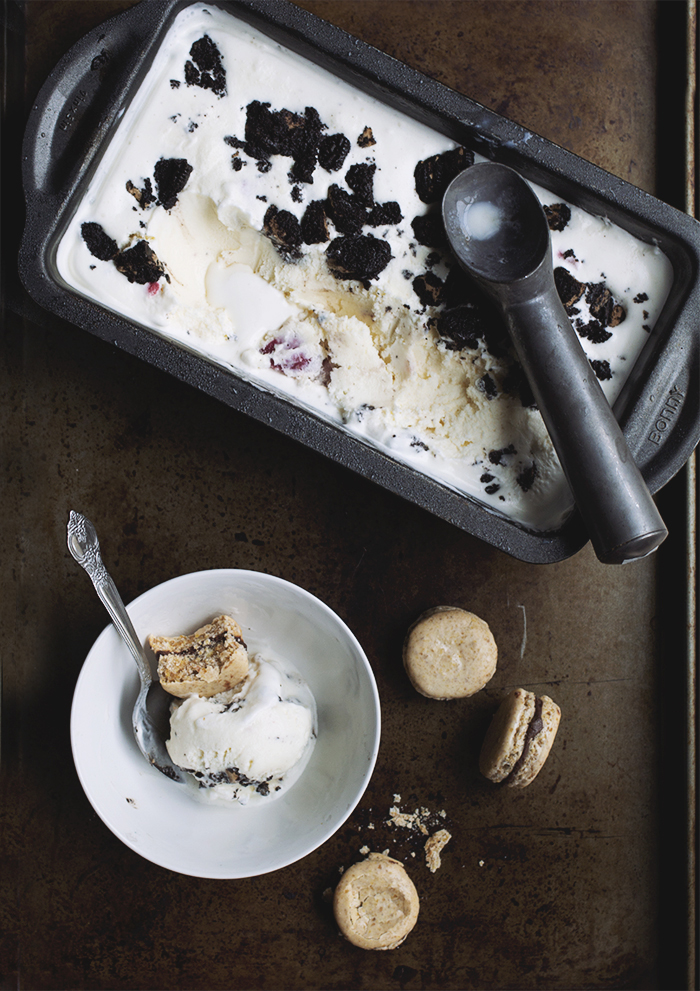 On the downside, the price of such treasures is exorbitant. Can I be honest with you? A lot of my recipe inspiration comes from being cheap. I’ll eat something when I’m out and think, “I could make that at home [for wayyy cheaper.]”

Back in my own kitchen, I of course wanted to try making my own macarons, but I was apprehensive. They are, after all, the most finicky cookies in the blogosphere, with a toweringly intimidating reputation and an iffy chance of success. Plus I had it in my head that it would take having my own chicken and almond tree to keep up with the supply of egg whites and almond flour that I would need to bake up the perfect macaron.

Then I discovered that just two egg whites is more than enough to fuel a moderately-sized batch and that almond flour can be subbed for…you guessed it, flax meal!!!! I have nothing against almond flour but see: cheap tendencies above. Also see: Costco sacks of golden flaxmeal.

Ground flax actually works brilliantly as a substitute for the traditional almond meal because the nutrition make up is very similar, with close to equivalent amounts of fat, carbs, sugar and protein in each:

Yet I still didn’t think these would work since my $10 scale is not all that reliable, I don’t have a sifter, I’m terrible at math, a million more reasons. But you guys—they were actually SO MUCH EASIER than I ever imagined. I’ve had sugar cookies turn out worse than this. If I, inaccurate scale and all, could make these, YOU CAN TOO. It’s just five ingredients and a bit of whipping and folding and piping and waiting.

Some step-by-step photos for your viewing pleasure: 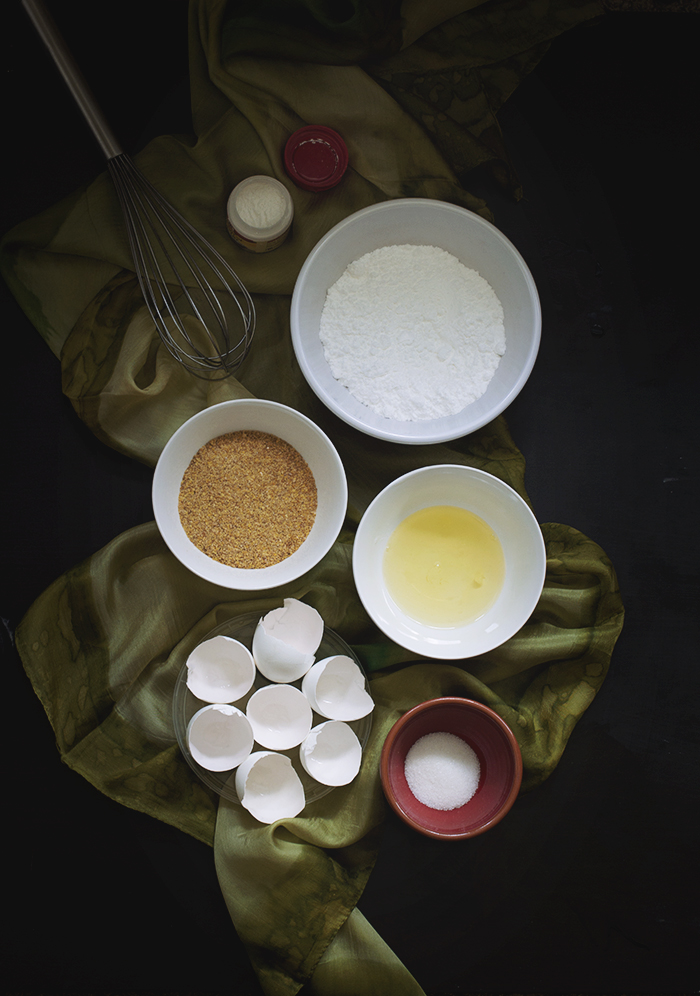 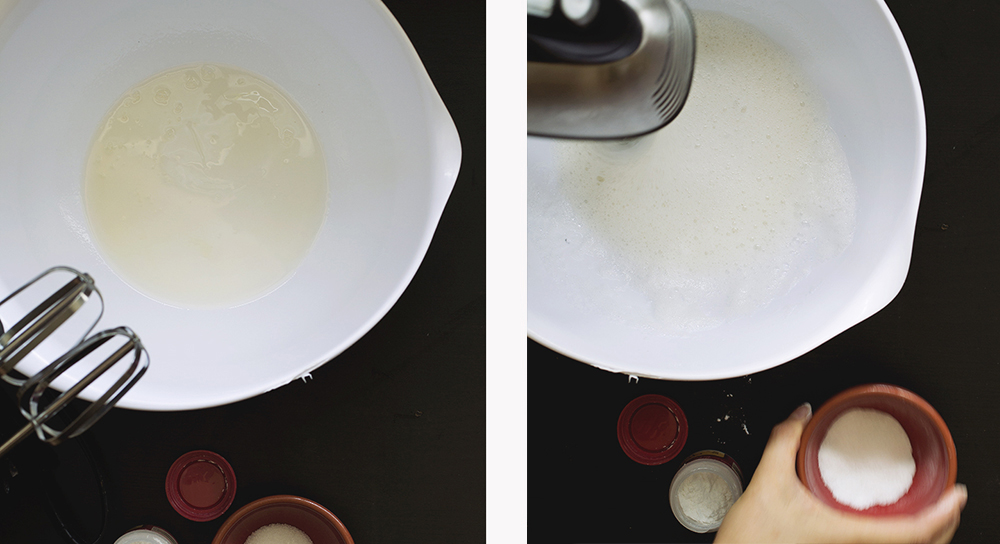 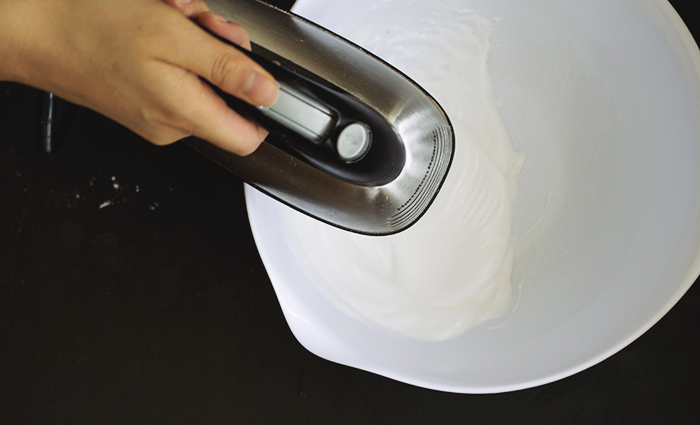 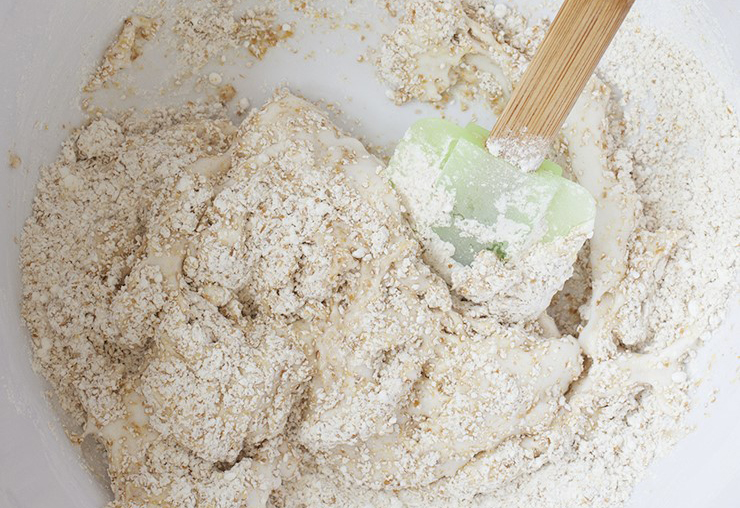 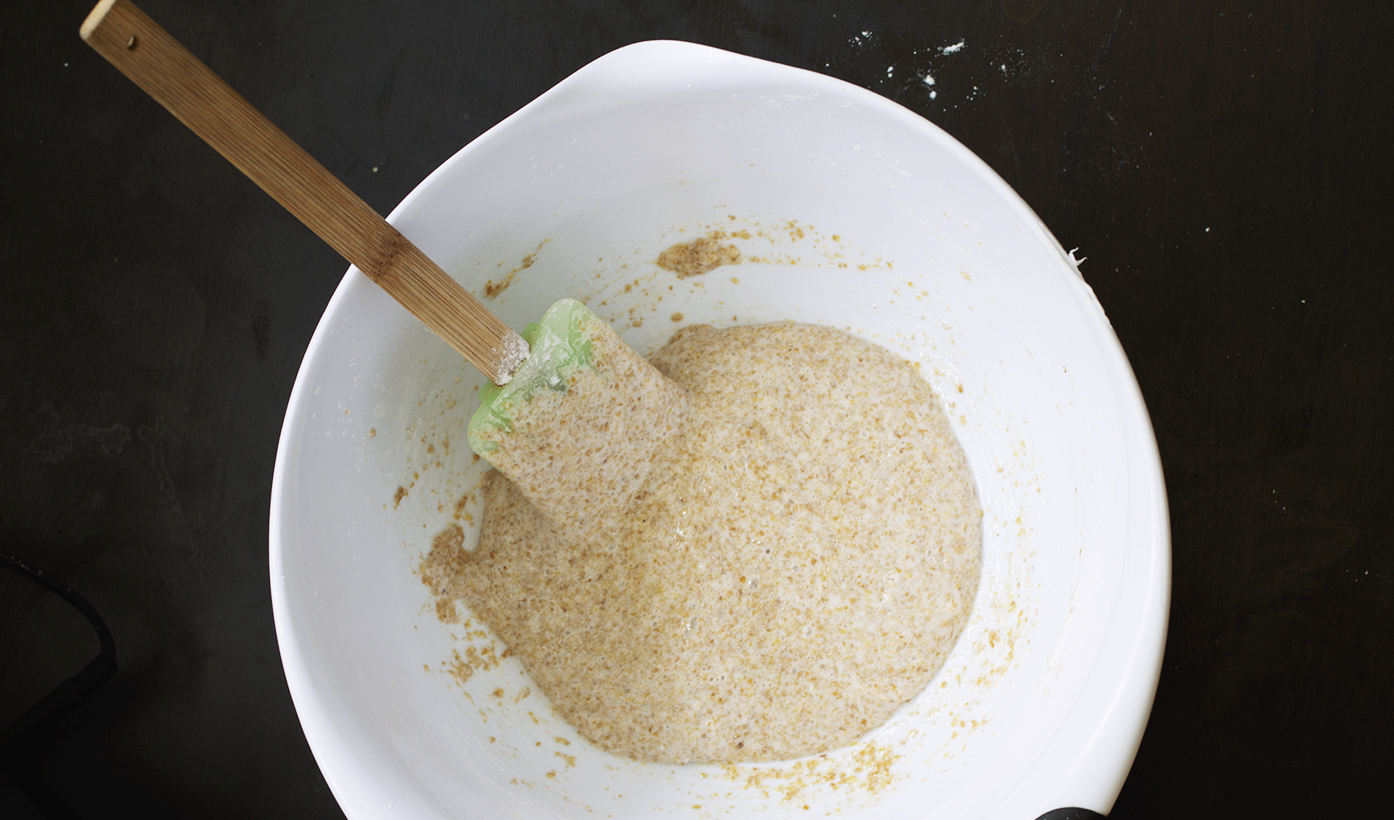 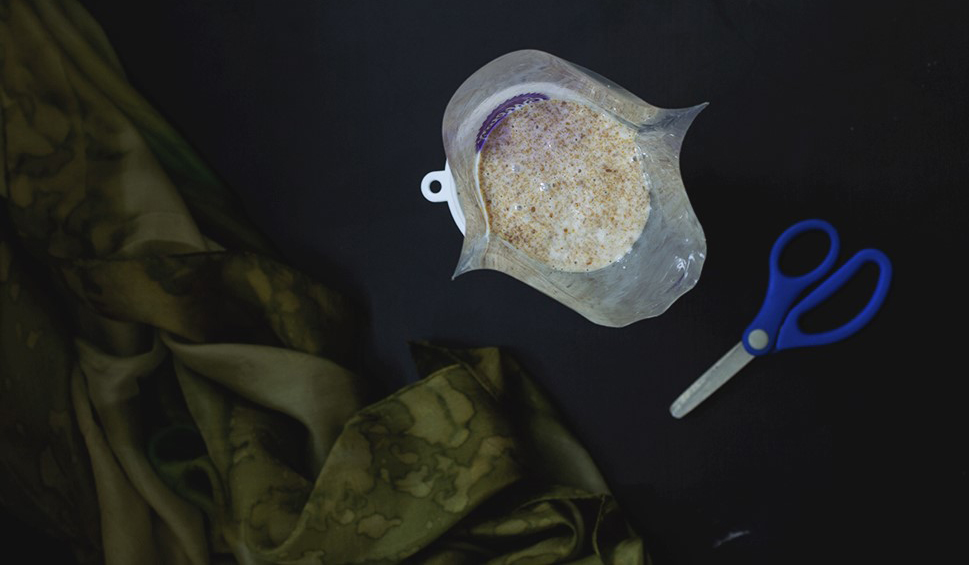 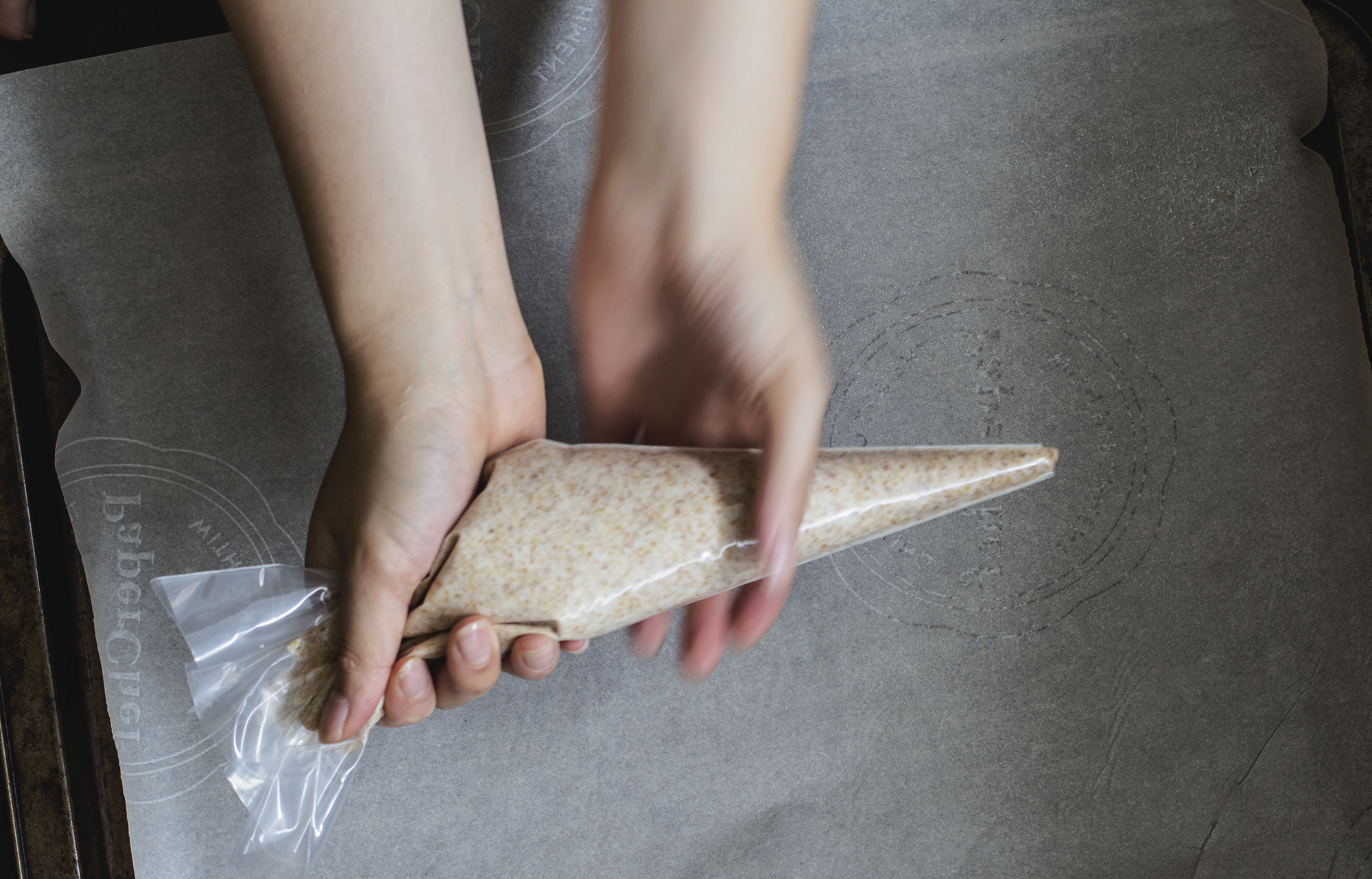 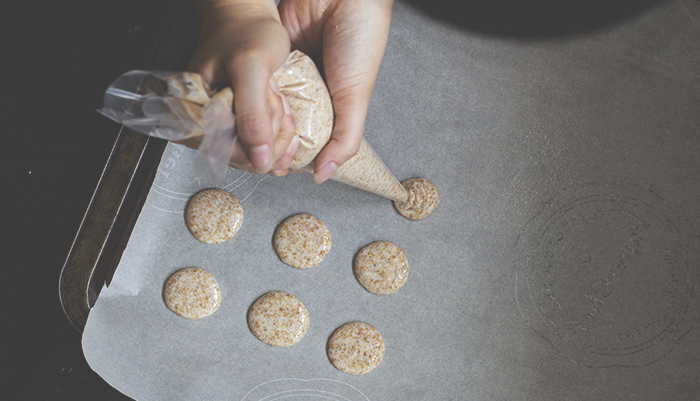 Things I did not do when making these:

I could go on. 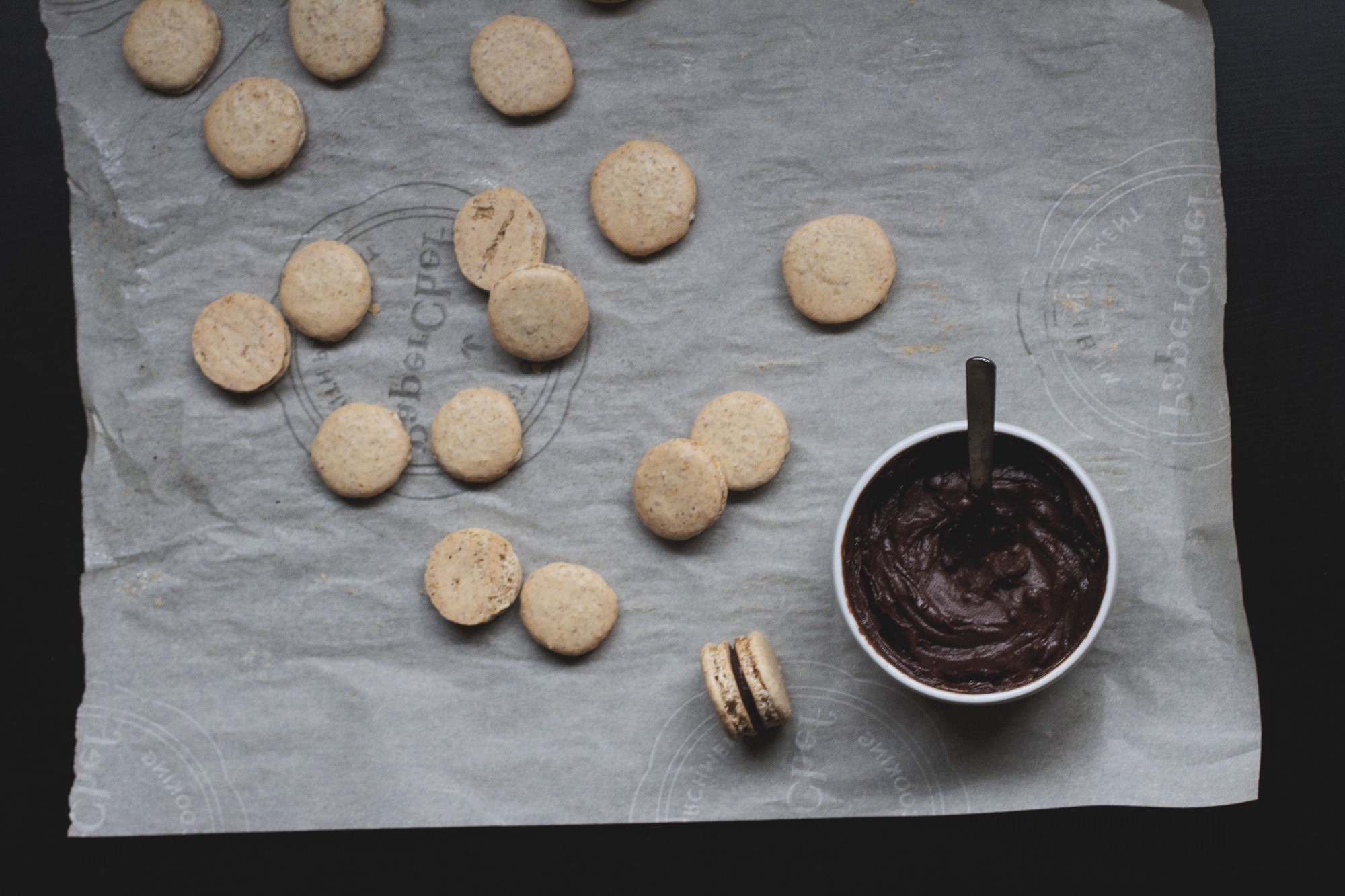 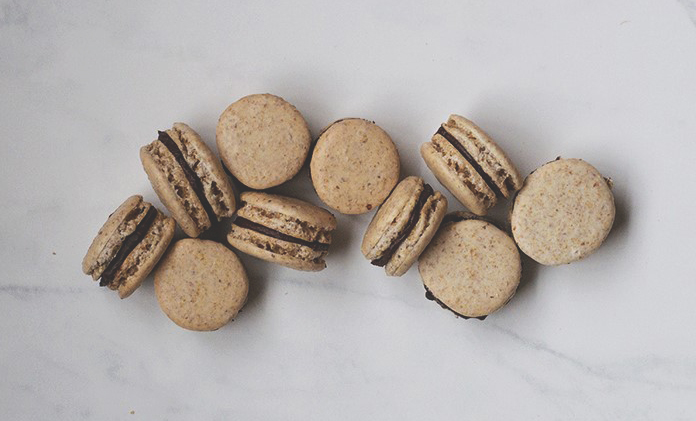 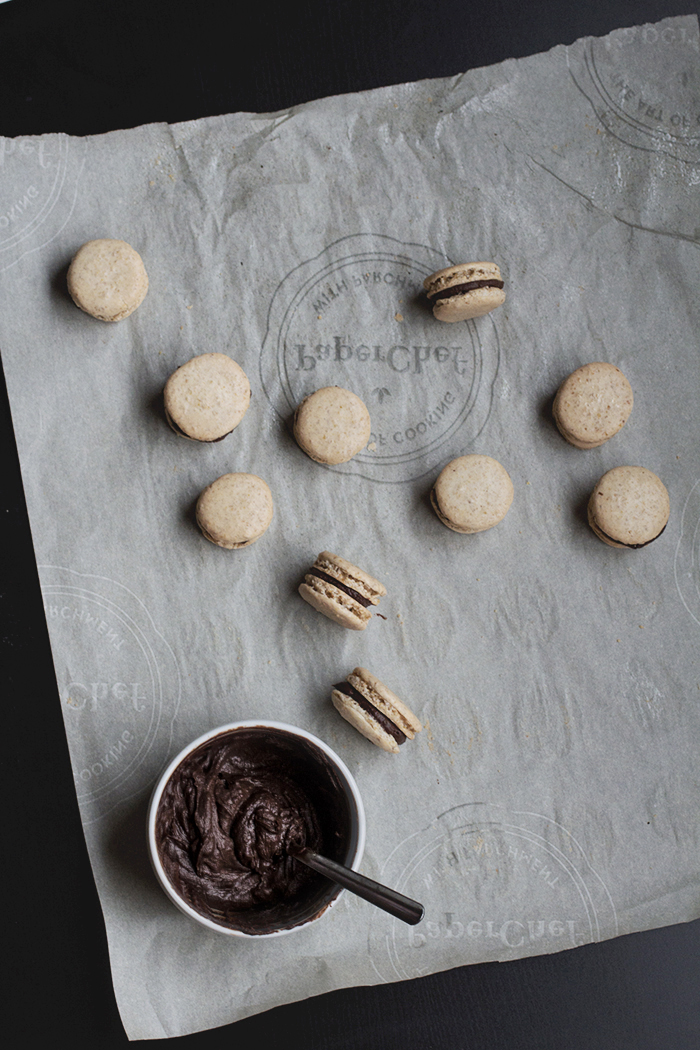 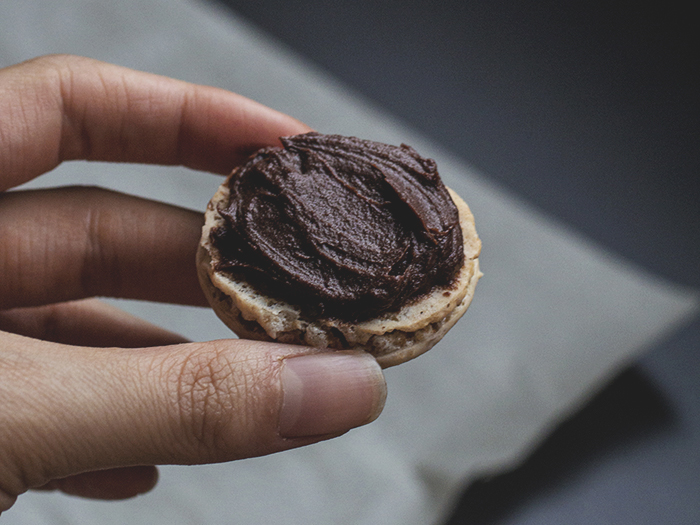 Taste-wise, they have the lovely chewiness of a traditional macaron with an added nuttiness and slight graininess that you will LOVE if you’re into flax and probably not prefer if you hate the taste of flax. I loved it. I didn’t even add any vanilla or salt to my shells, but you can feel free to enhance the flavor with your flavorings of choice.

I decided to dunk mine in a bowl of ice cream because I would like you to come up with one good reason why that’s not a great idea. 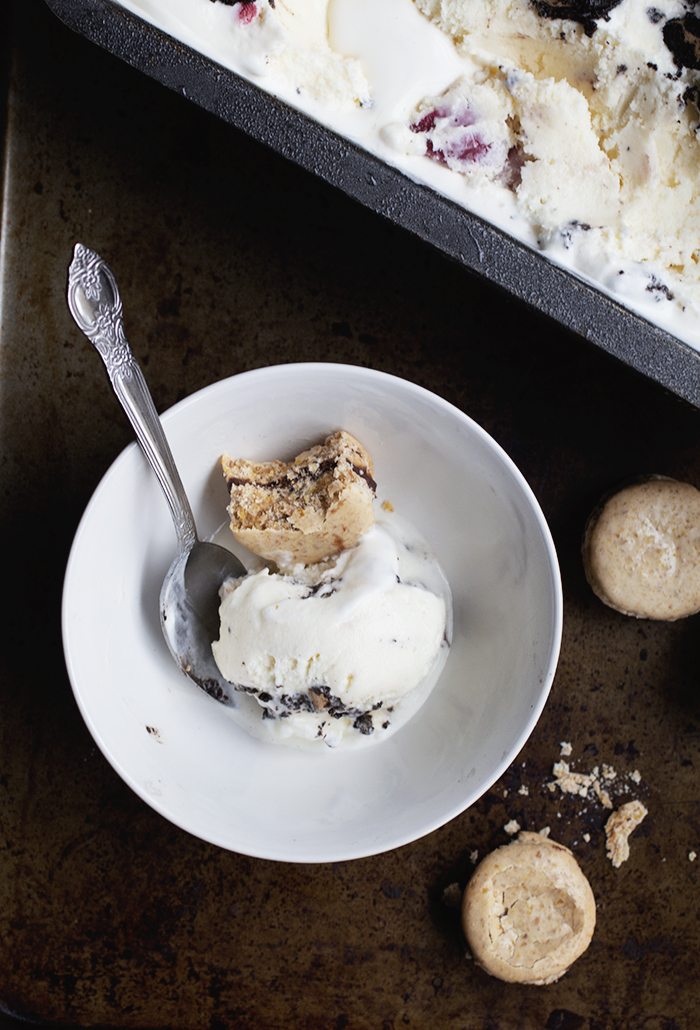 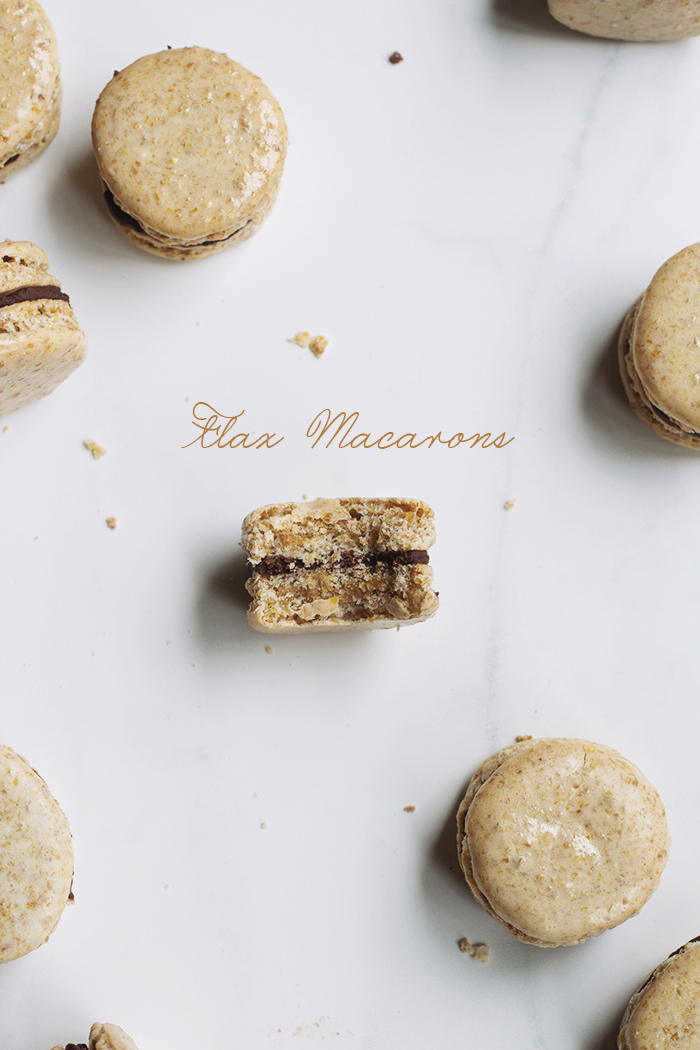 My only regret is that I didn’t try to stuff the actual macarons with ice cream, like omgTHIS.

Notes (aka the three slightly finicky things you should actually do):

And the honorary fourth thing is: use a scale. I’m sorry, but you must. 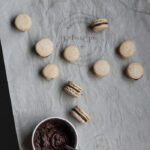