Once again, another roommate’s birthday has come and gone and while no one is going to award me prizes for making perfectly leveled cakes, at least everyone said this one tasted good. 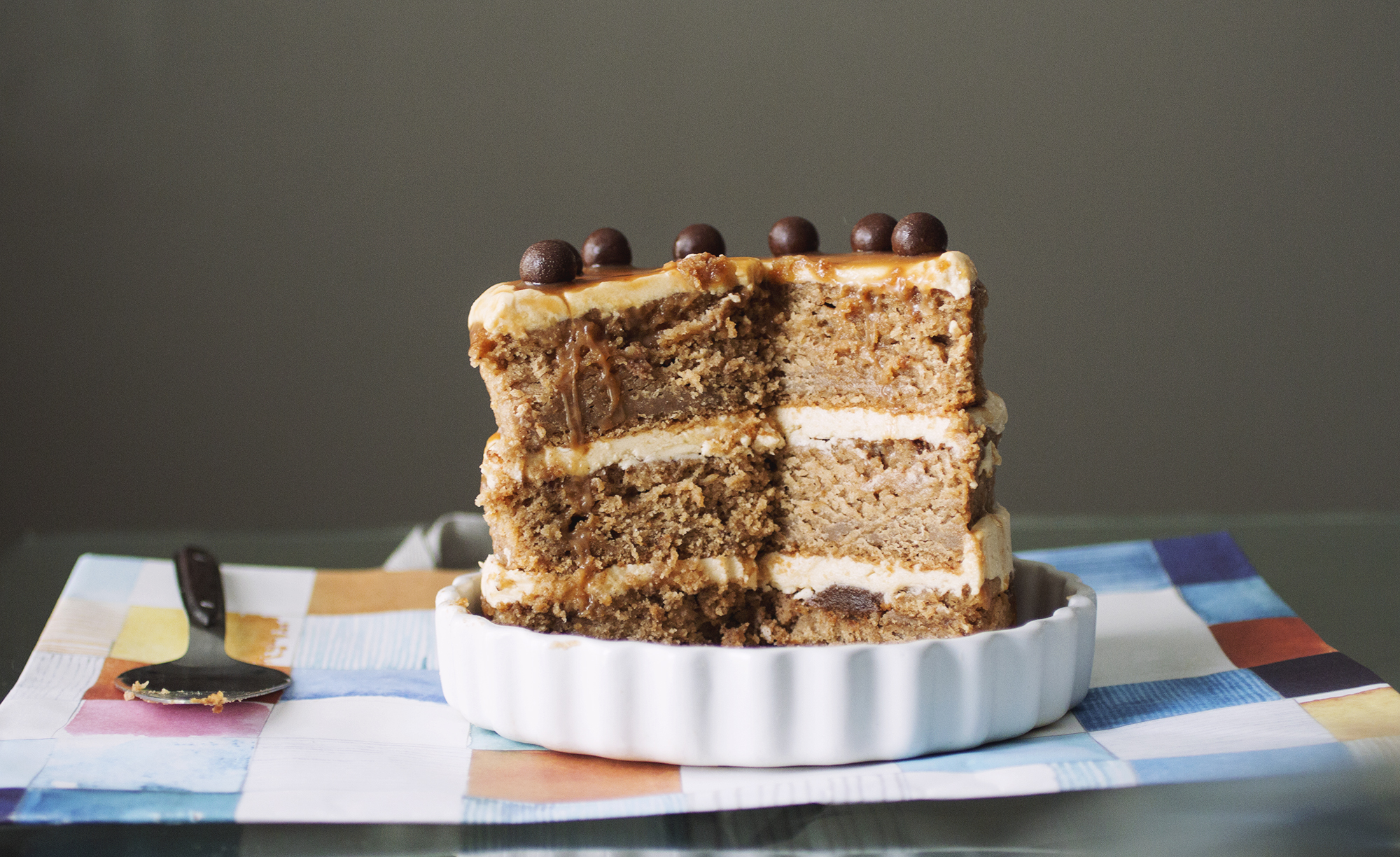 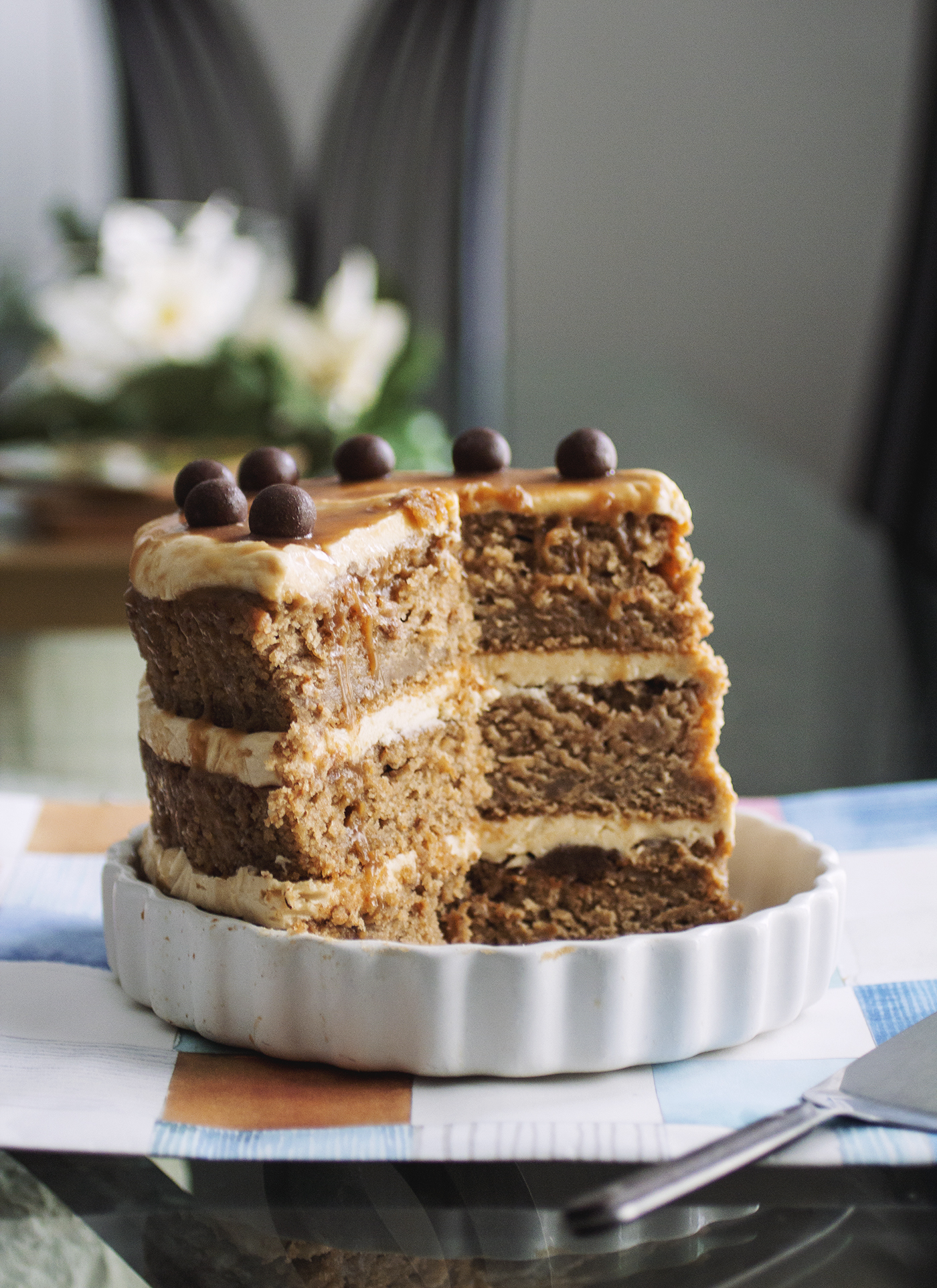 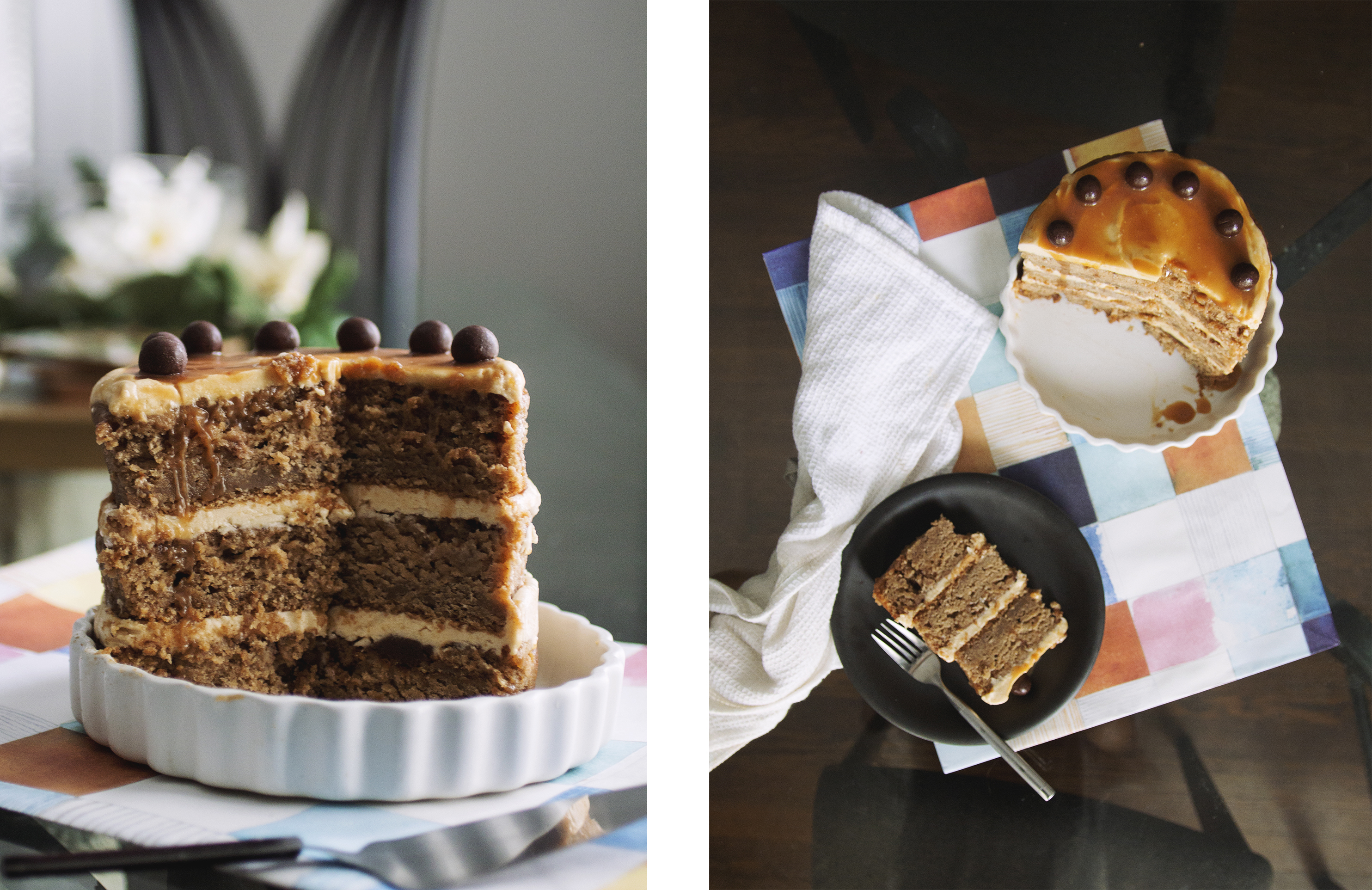 Halfway (or so) through business school, I re-met my friend Skyler. We had been vaguely acquainted in college, but had never really interacted (save for one VERY MEANINGFUL MOMENT OF EYE CONTACT). But I ran into him at a concert in June, and then again at a shop in July, and at a friend’s pedal party, and then again while out with friends.

Somehow, we started hanging out and it turned out he knew about my blog and was also a huge fan of baking (and probably a better baker than I am). We ended up baking many things together, screen printing shirts for my classmate’s bachelorette, drinking many G&Ts and wearing those fake glasses with the lenses popped out more than you should probably be allowed. Somehow, he ended up being the catalyst that fused several disparate friend groups together and suddenly I went from drifting in Houston to be surrounded by what felt like a solid squad.

Anyway, in 2015, he was on a mission to bake one new cake every month and I think this was one of them. My roommate isn’t a big fan of cake, save for tres leches, but she took a bite of the slice I brought home for her and her eyes went big and she went This is the cake I want for my birthday!

At the beginning of this year, Skyler moved to New York after accepting an amazing gig at a very cool company (PS. he’s also famous) which was well-deserved and great and beautiful but he also left a distinctly Skyler-shaped hole in Houston behind him. I made this cake again, adapted from one of his favorite cookbooks, for my roommate’s birthday just a few weeks after he left.

And it was good, but somehow not as good as when he made it. 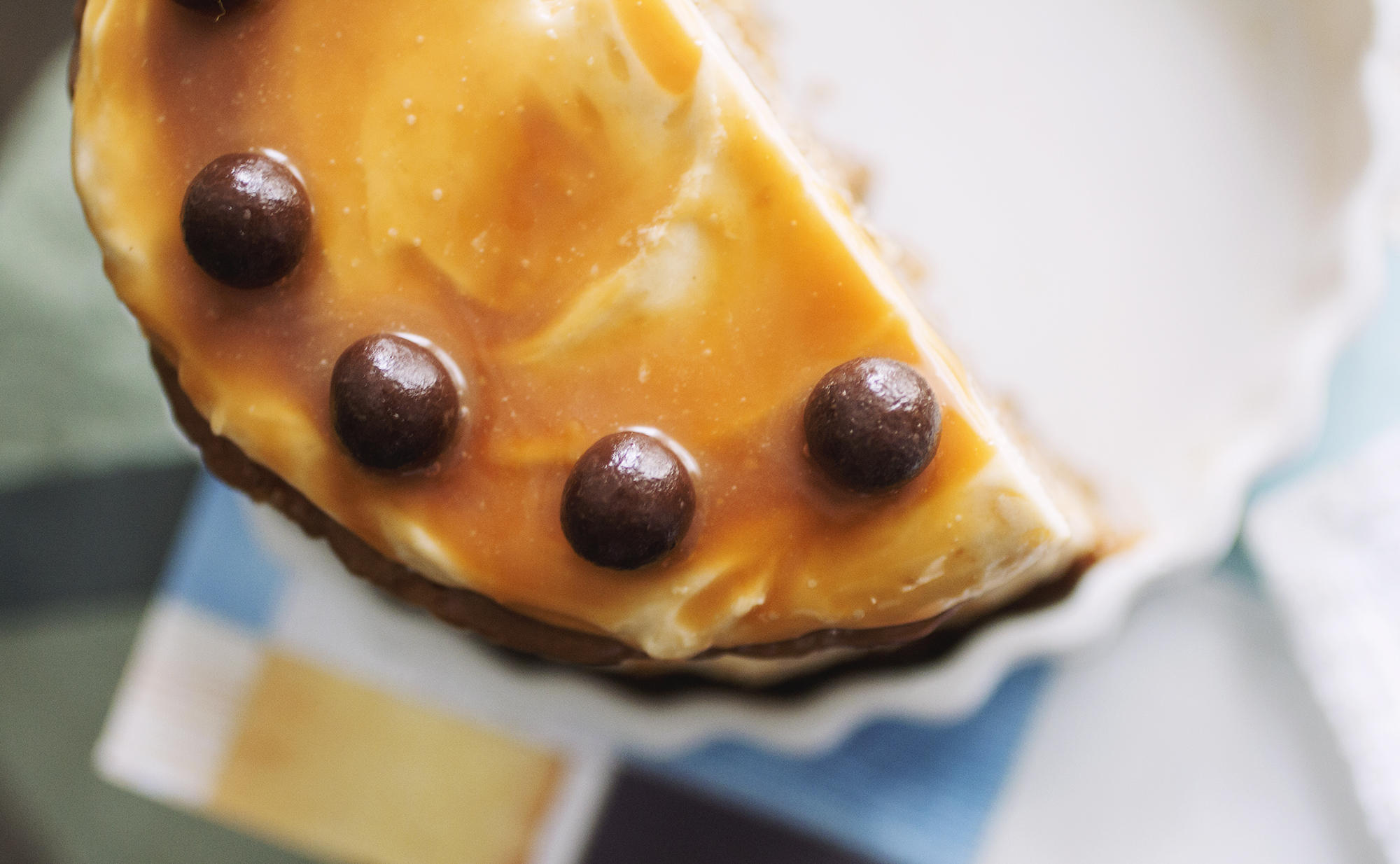 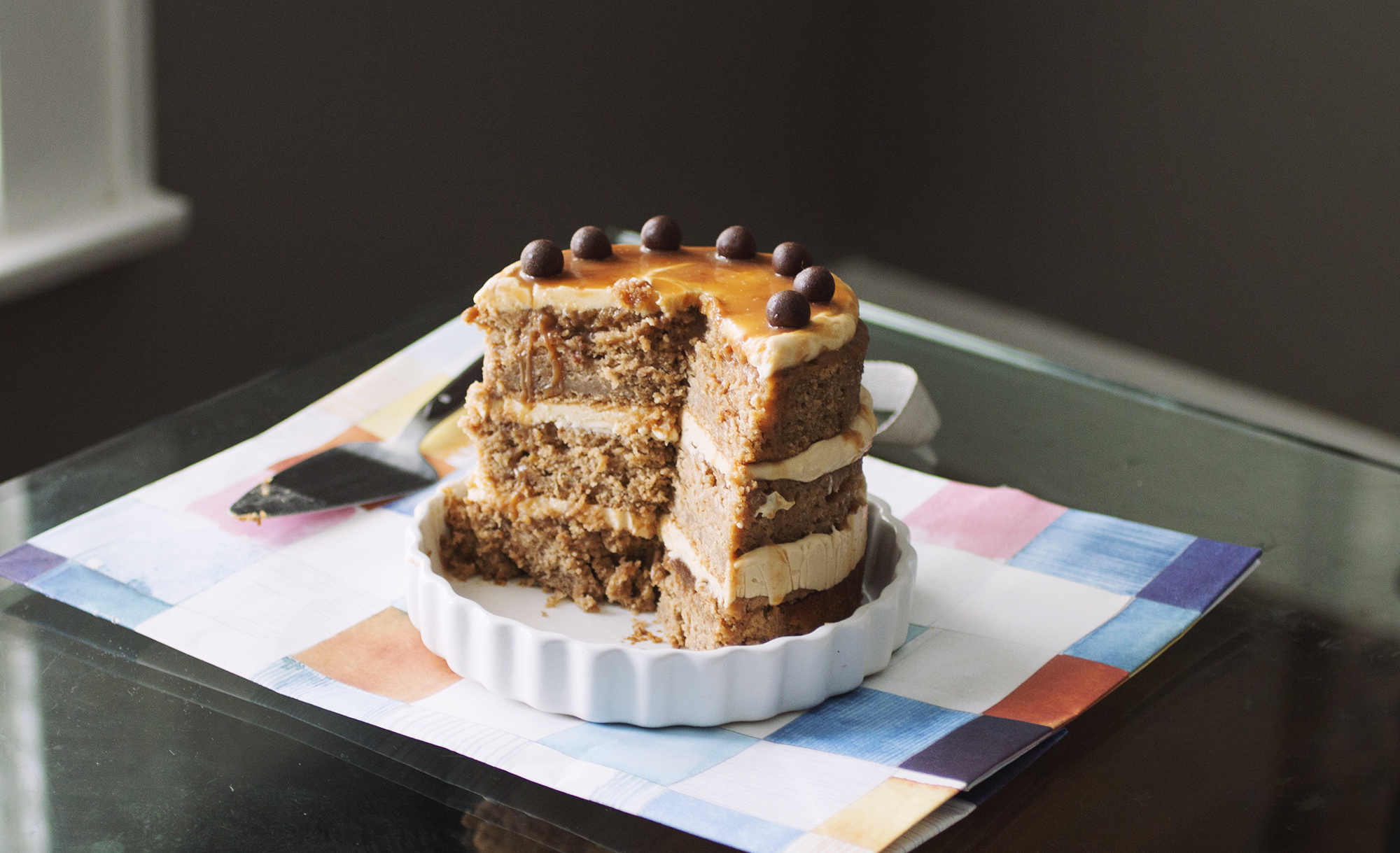 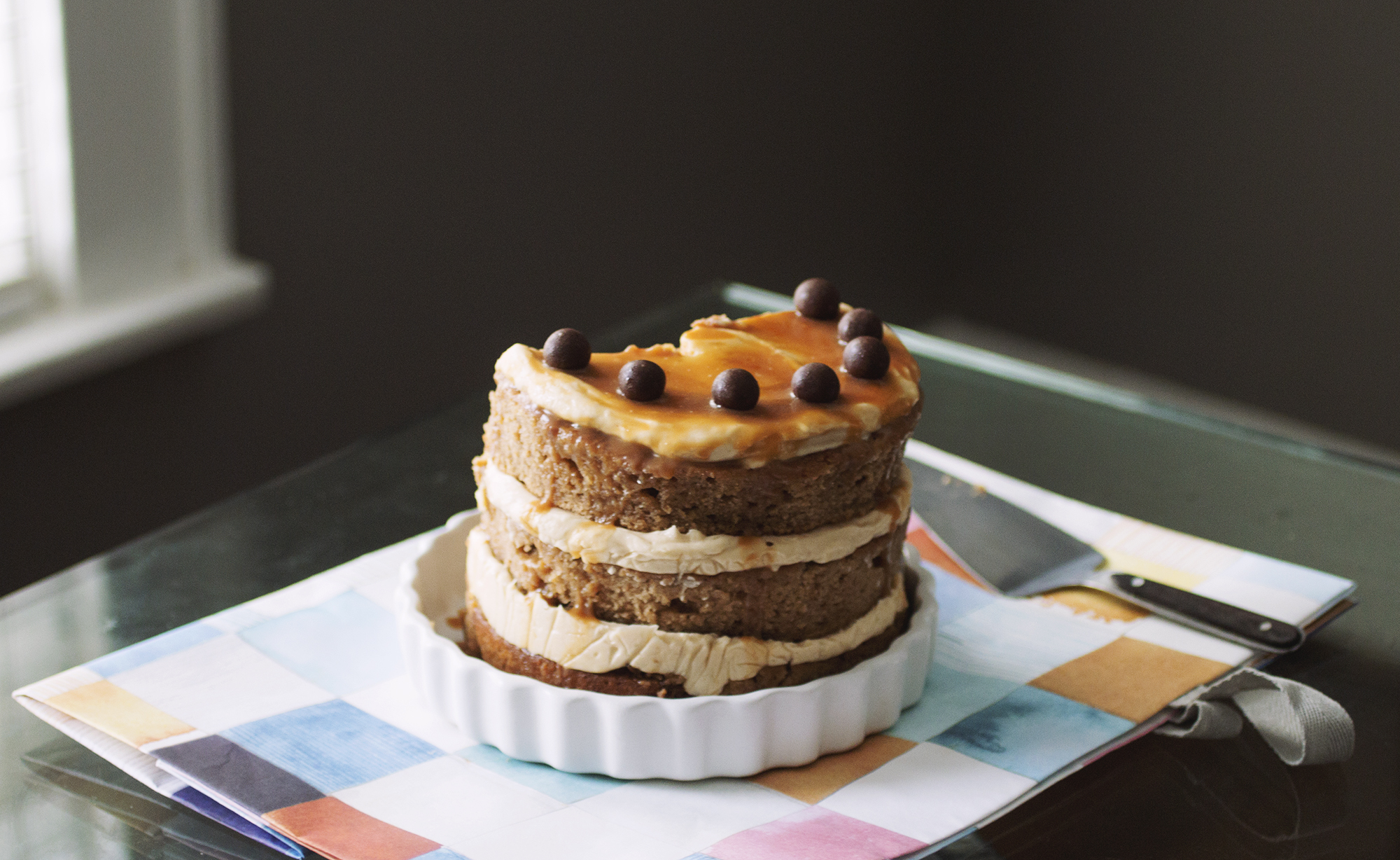 Notes: I scaled the recipe down by 1/3 to make a 3-layer, 6″ cake simply because that’s pretty much the size I make all my cakes and I love the momofuku style of naked cakes (and being able to bake all the layers in 1 9×13 pan).

After tasting the cake after it came out of the oven, I wish I had bumped up the spices more. I compensated by adding a spiced milk soak to the layers. If you wish to skip the milk soak (the extra moisture isn’t necessary), I would suggest increasing the cinnamon to 2.5 teaspoons and adding extra all-spice or cloves or nutmeg, whatever calls to you.

Each of the steps (making the applesauce, making the caramel, etc.) is not difficult, but it does require time. I would recommend doing this in phases (i.e. caramel and applesauce one day, cake the next). Alternatively, the cake will not suffer if you just buy applesauce and caramel from the store.

I didn’t like the way the caramel turned out with the corn syrup as written in the Baked cookbook (and the caramel also took forever to brown), so I’ve included my suggested method for making the caramel instead.

PS. I topped the cake with the salted caramel balls from Trader Joe’s. Don’t forget the flaky sea salt on top! 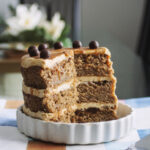 For the caramel buttercream:

For the milk soak: 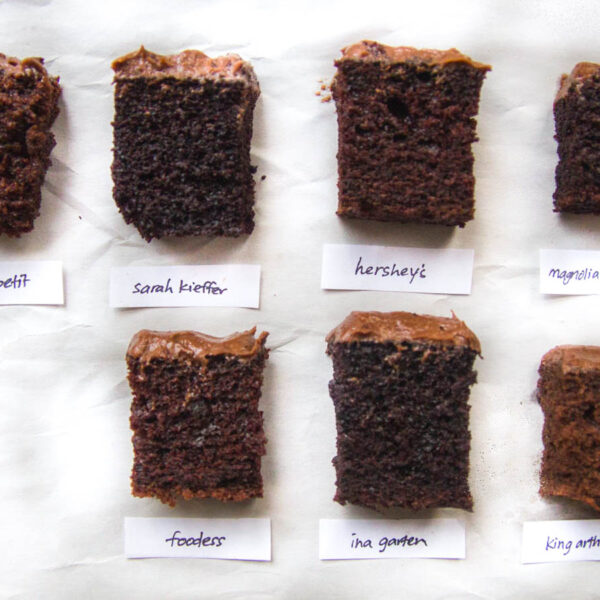 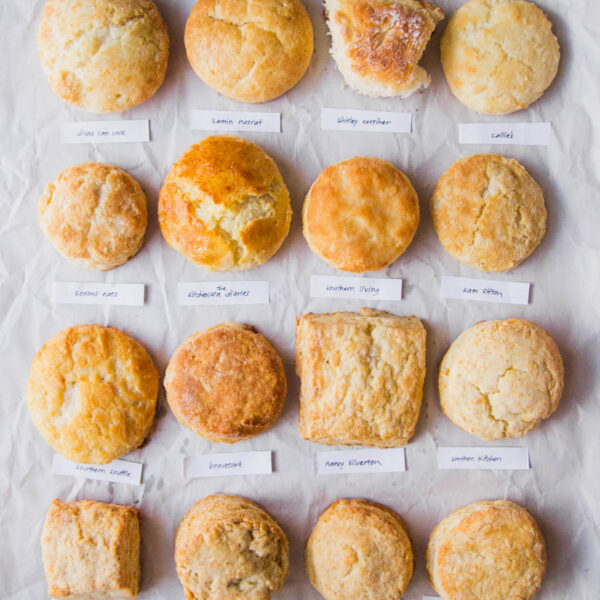 Getting ready to bake this weekend? I rounded up a

The vegan chocolate chip bake off is now live!! He

The first three contenders from the vegan chocolat

Lemon bar bake off post is now live!! I accidental

Because I’m still behind on the lemon bar post w