I am not a beer person. 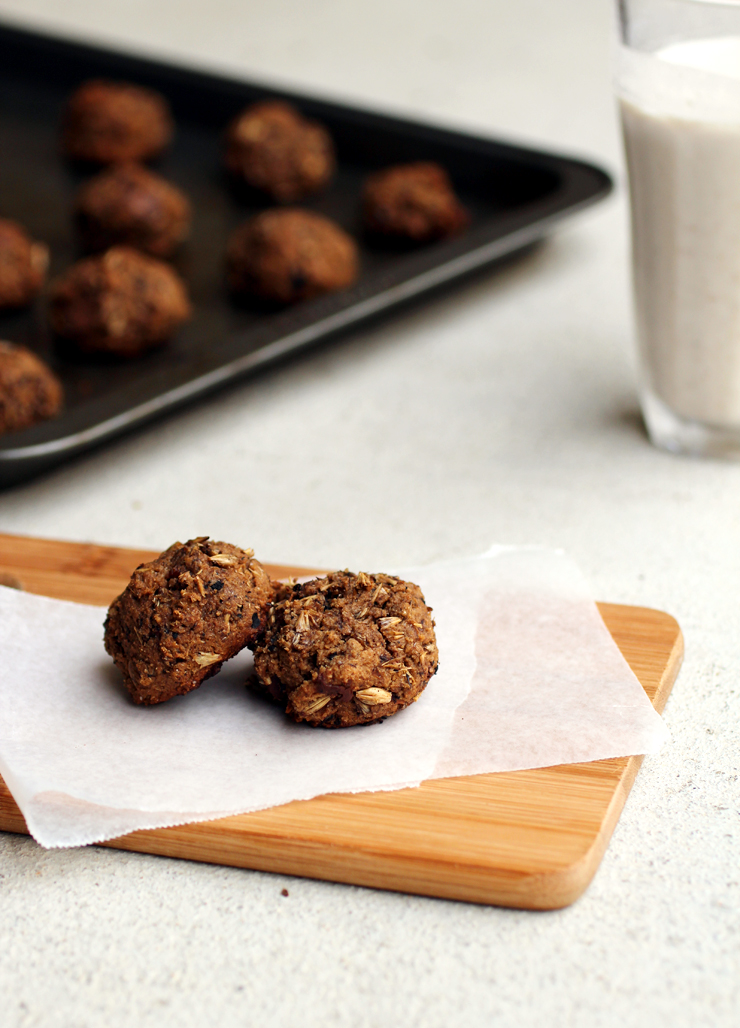 I can count the number of beers that I’ve actually enjoyed on one hand—beer is tolerable, but generally not enjoyable. Which is why I was bewildered to find myself fixating on Love and Olive Oil’s Chocolate Stout beer and finally asked my brewmaster friend if he’d be willing to try it.

Since Trevor is amazing and always down for beer, he took me on a field trip to the grain store where we picked out pounds of grain, yeast, hops and lactose in a musty, farm-like warehouse. And then we spent three hours brewing the darn thing. Which I’m not even sure I’m going to like. Trevor accidentally had the wrong type of yeast on hand during the process, so we’re apparently making a Belgian chocolate stout instead of a normal stout, which he’s never done before. Whatever. I just want the chocolate part.

The brewing process is basically this:

b)      Take the sugar-water and boil it with other components to make the beer: hops (for bitterness and balance), flavoring (we used cocoa) and lactose (for sweetness–it’s a sugar that isn’t fermented by the yeast).

It’s a process heavy on the heating and cooling and sitting and waiting. The beer is currently sitting pretty in a large vat and my fridge is currently occupied with pounds of spent grain, which is the term for the pounds of leftover boiled grain. 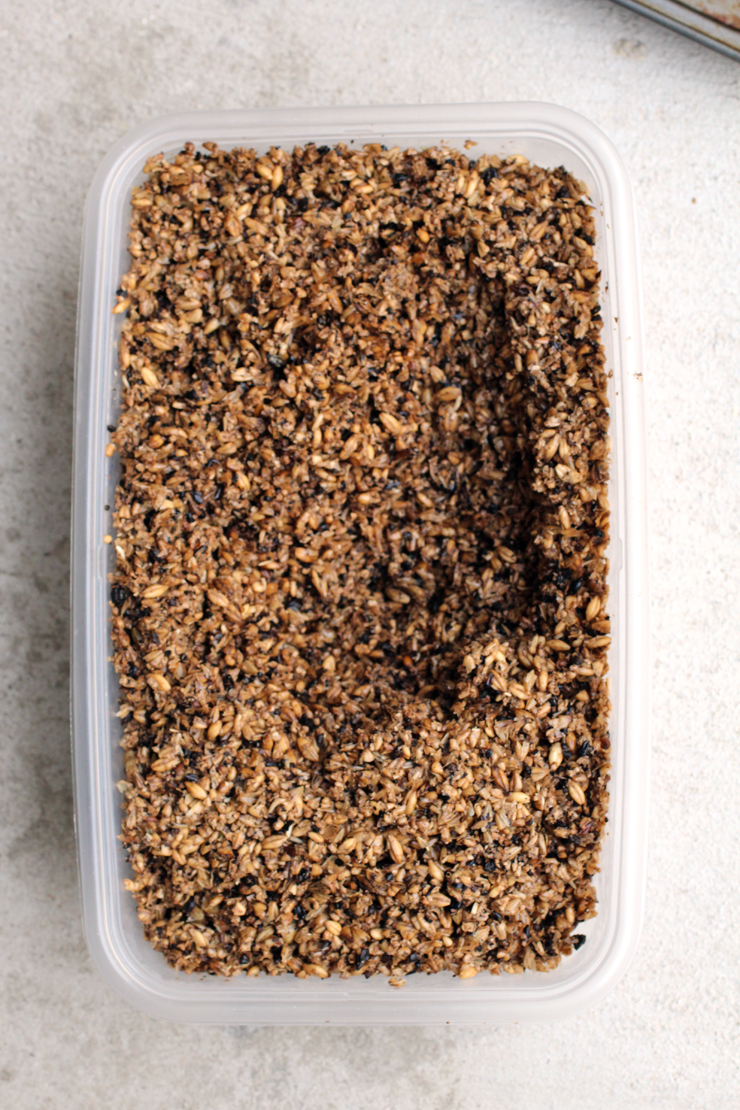 Spent grain isn’t the prettiest thing: it kind of looks like horse food and smells vaguely barn-like when ground into flour. However, that grainy, prickly, soggy mass has had most of the starch boiled out and is essentially a pile of protein and fiber—woohoo! It can be used for animal feed, but you can also stuff it into tons of other things—granola, flour, bread, waffles, biscotti, muffins, etc. 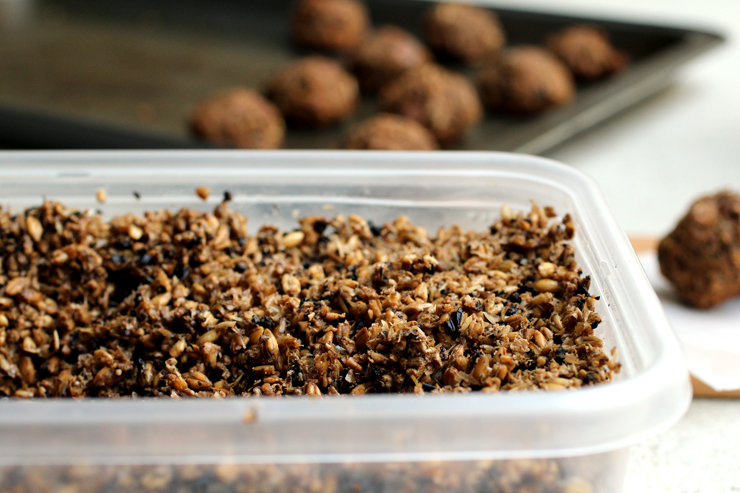 My first attempts to chip away at my mountain of spent grain included spent grain granola and spent grain flour, neither of which blew me away. The granola burned and flour smelled ultra-grainy. Then I attempted these cookies with several modifications and was disappointed—they were crumbly and prickly with the grain. 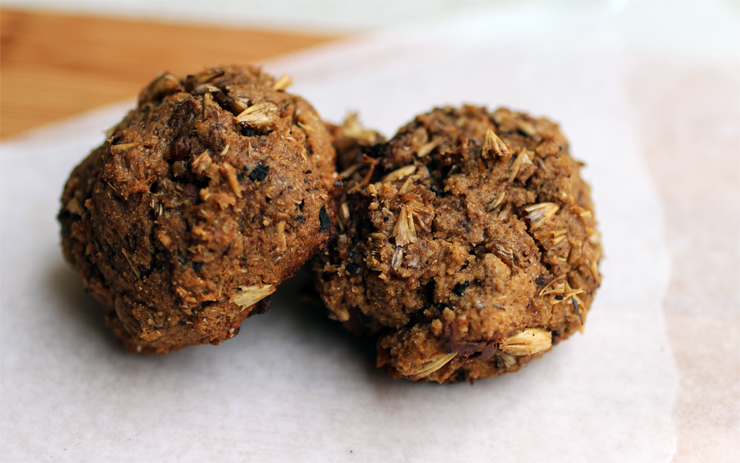 Just when I was wringing my hands once again and considering trashing the rest of the grain, I tried the cookies again with different modifications, and they were AMAZING. Soft and peanut buttery with a yielding crumb and studded with chewy grains—completely addicting. It’s like the thickest oatmeal cookie you’ve ever had with a crazy grainy texture. (You could probably sub oats for the spent grain and add a few more tablespoons of milk. Or Omnomicon suggests that any cooked grain might work—I’m dreaming about these with cooked quinoa!) They were apparently a big hit with my roommate’s coworkers. 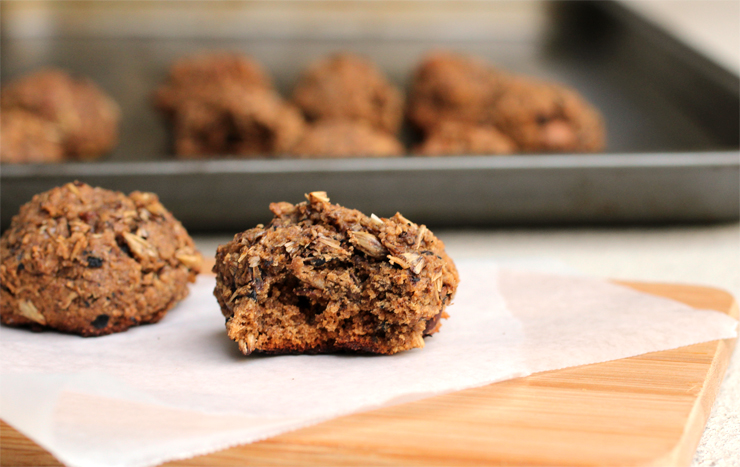 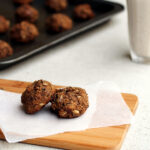 If you don't have spent grain flour on hand, sub more whole wheat flour or any type of flour (spelt, buckwheat, all-purpose, etc.) I've tried subbing almond butter for the peanut butter and they just weren't as good. I've also tried subbing oat flour for the whole wheat flour and while they were again soft and cakey, I think they were more delicate, which made the grain stand out more. Adapted from here

With that beer you just brewed, you might want to try your hand at this cake… 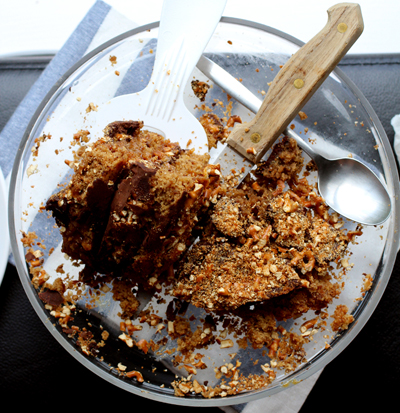