I went to a book signing last Tuesday and went on a 4-hour kayaking trip on Sunday: what do these have in common? These pancakes. 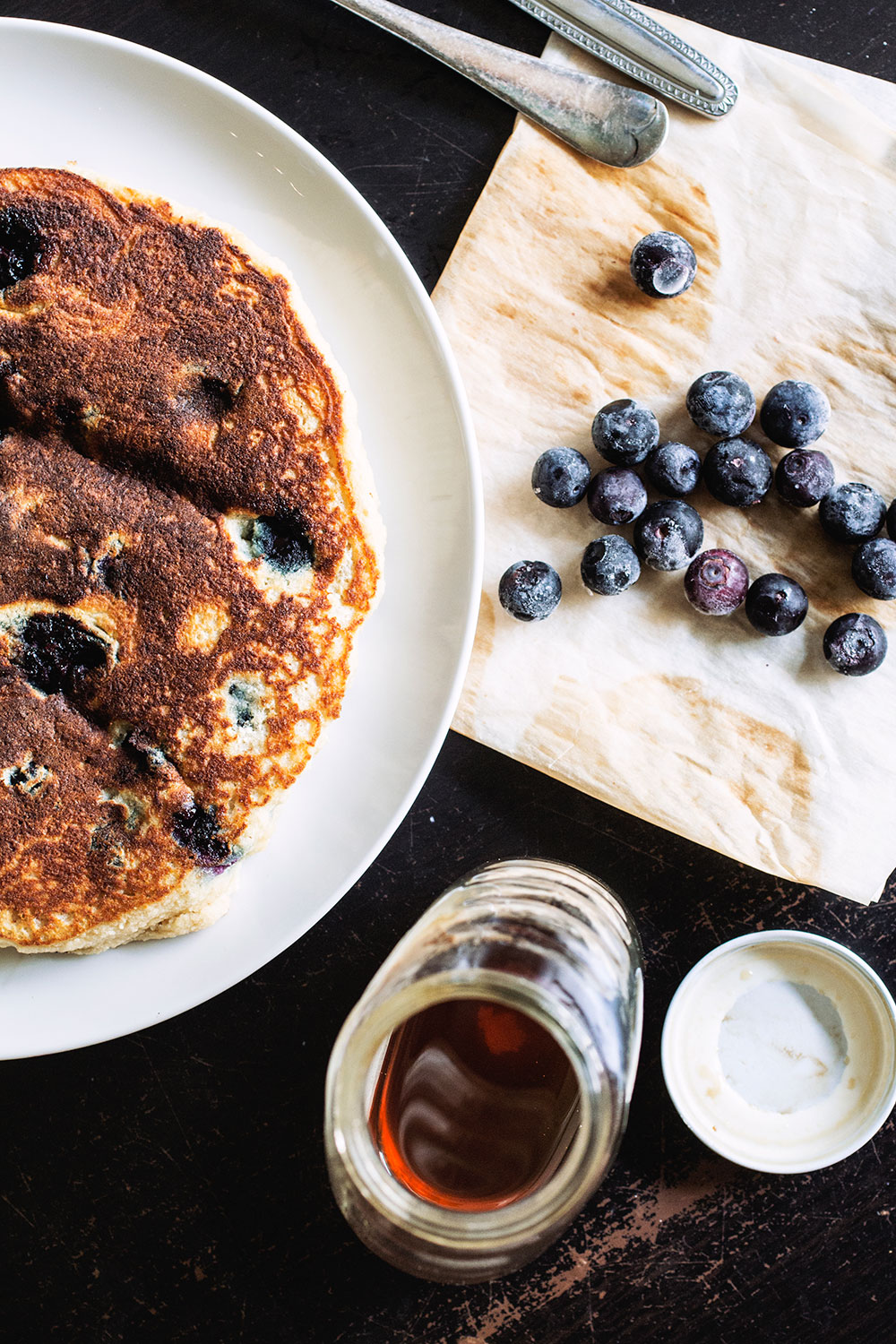 The kayaking trip was slightly disastrous and is a story for another time, but THE BOOK SIGNING! We’re talking about it. It was for The Paleo Kitchen, the joint cookbook venture between paleo blogging superstars, PaleOMG and Civilized Caveman. While I don’t follow a paleo diet (and don’t plan to), I somehow got hooked on Julie’s blog a long time ago–probably due to her excellent snark and widespread use of coconut flour. 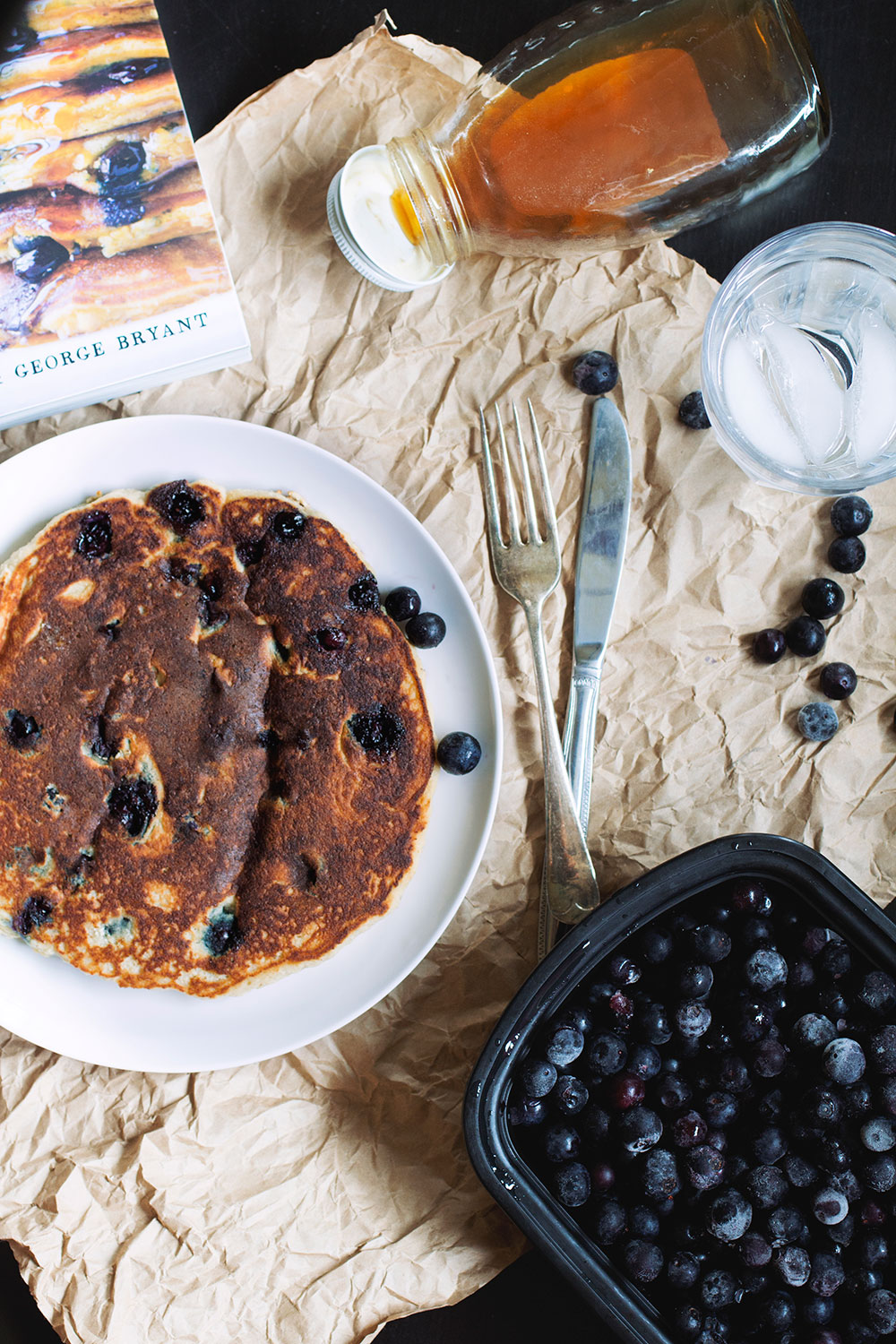 The fact that she recognized me (and then posted about it) was pretty much the most flattering thing to ever happen to me. If you’ve ever been curious about the definition behind “geeking out,” you should have seen me at the book signing. My heart was beating so fast and and I’m pretty sure my tongue was tied in a the closest thing to a literal knot. I asked them where they ate for LUNCH when I got up to the desk. REALLY. I could barely pull my face together to smile in the photo because my mouth was quivering (…with adrenaline?). This is coming from someone who once asked her mom (who used to sign Bruce Jenner’s name onto T-shirts) what the big deal is about celebrity autographs. #starstruck

Thankfully, both Julie and George were so nice and funny that my nerves were completely unwarranted. Before the signing, they gave a short talk on their backgrounds and what led them to paleo, the process of making the cookbook, and a lengthy Q&A session. I thought it was hilarious that they both were comfortable admitting that they’d clashed quite a bit in the beginning of making the cookbook before settling into a very sibling-esque dynamic (which I’d totally read about!). 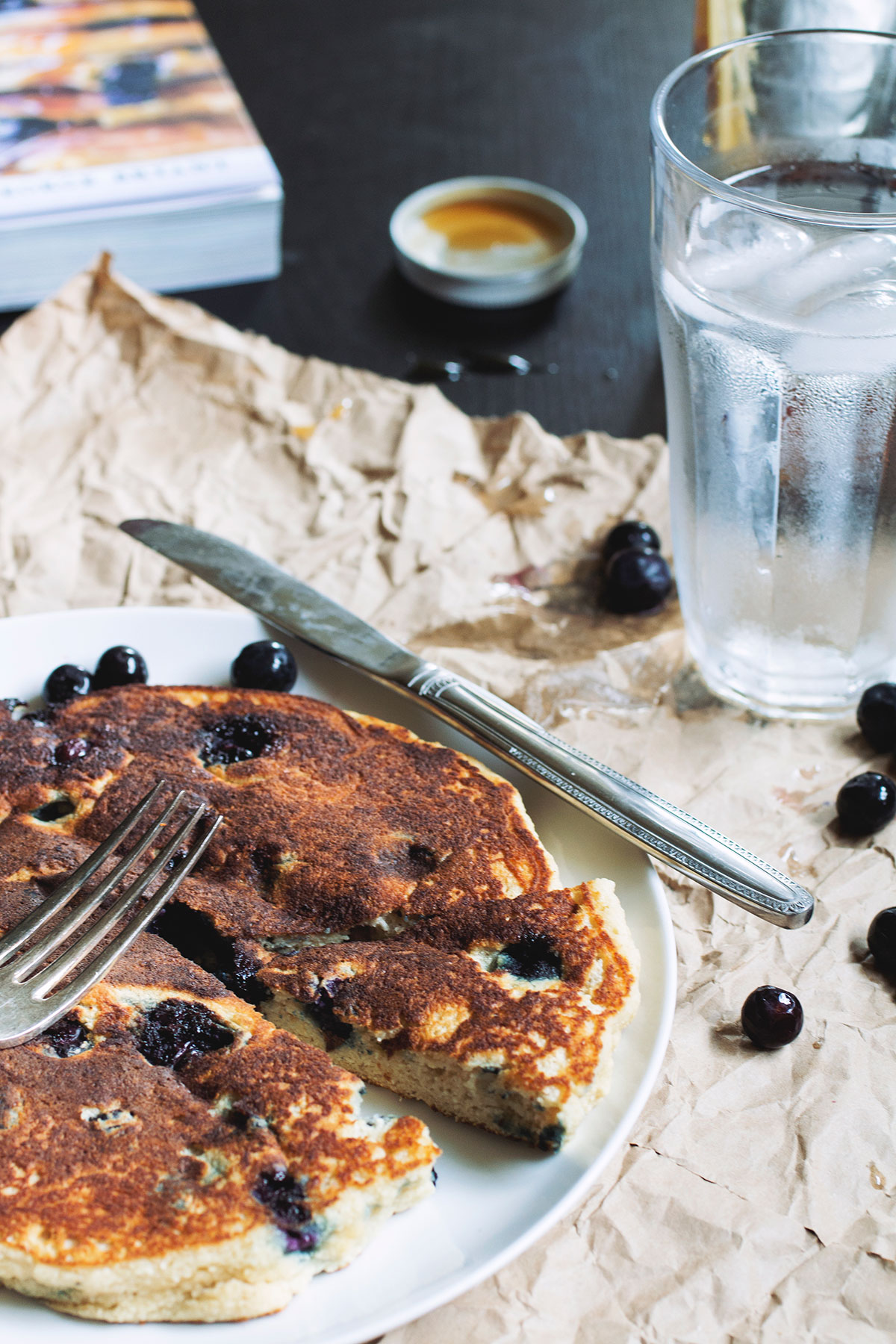 Anyway, what do you do when one of your favorite blogging goddesses hugs you and punches her co-author in the arm and tells him to follow you on Instagram because your photography is amazing? You run home (literally, if you could), and make the blueberry pancakes in her cookbook.

This was very apropos since I’ve been meaning to try a coconut flour pancake for months. These are some of my favorite pancakes ever and I’m not just saying that because of the warm fuzzies discussed above. The thick batter puffs up in the pan, sizzling down into crisp, golden sides sandwiching a vaguely cake-like crumb with just the slightest bit of spring. And they’re so easy to make. I’ve made these as normal-sized pancakes, but this past Sunday, I was feeling lazy and made one giant pancake. I don’t recommend that unless you’re an advanced pancake flipper. I found that out once the pancake was halfway cooked through.

I should add that George mentioned that chocolate chips make an excellent addition to these pancakes and I don’t disagree. At all. 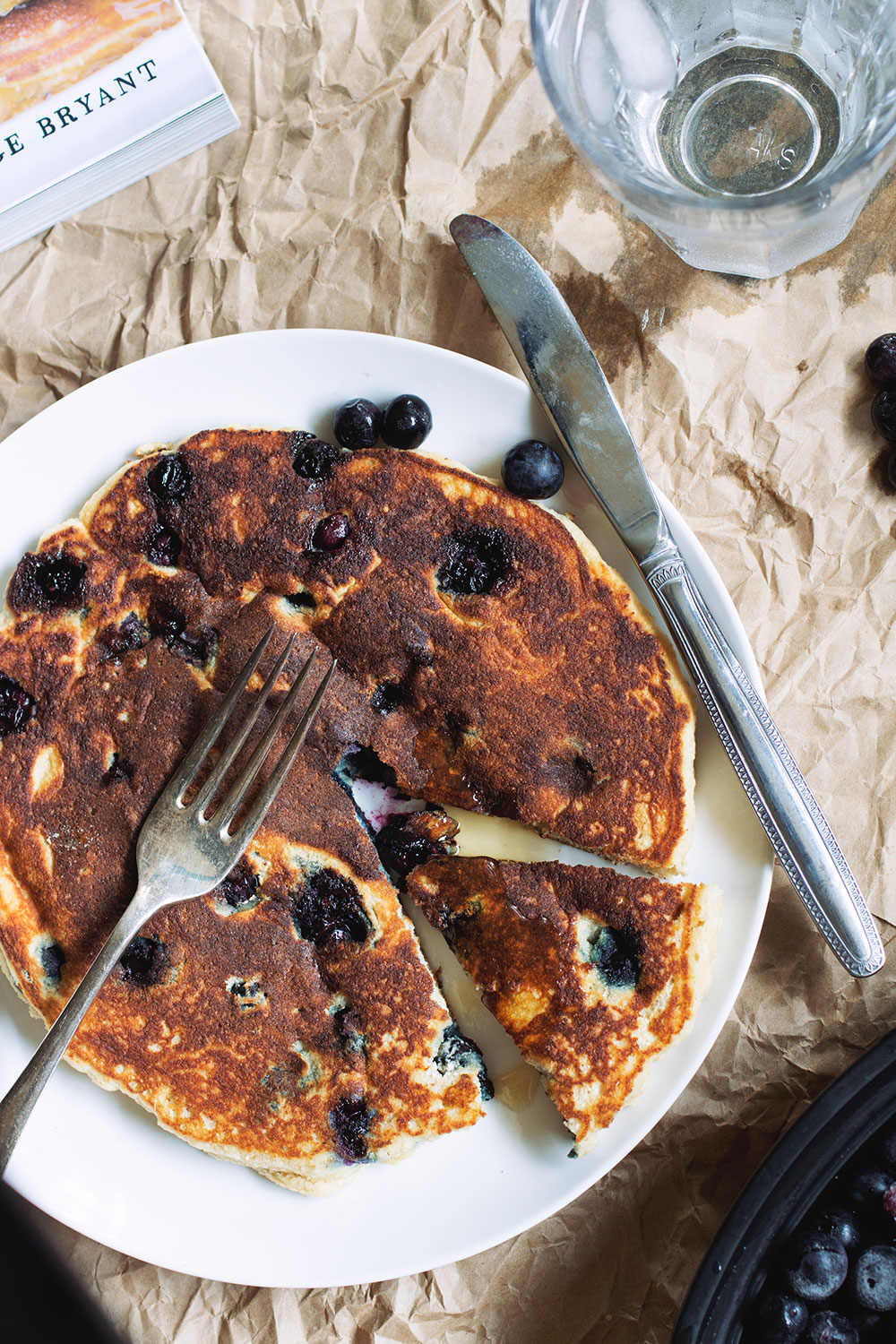 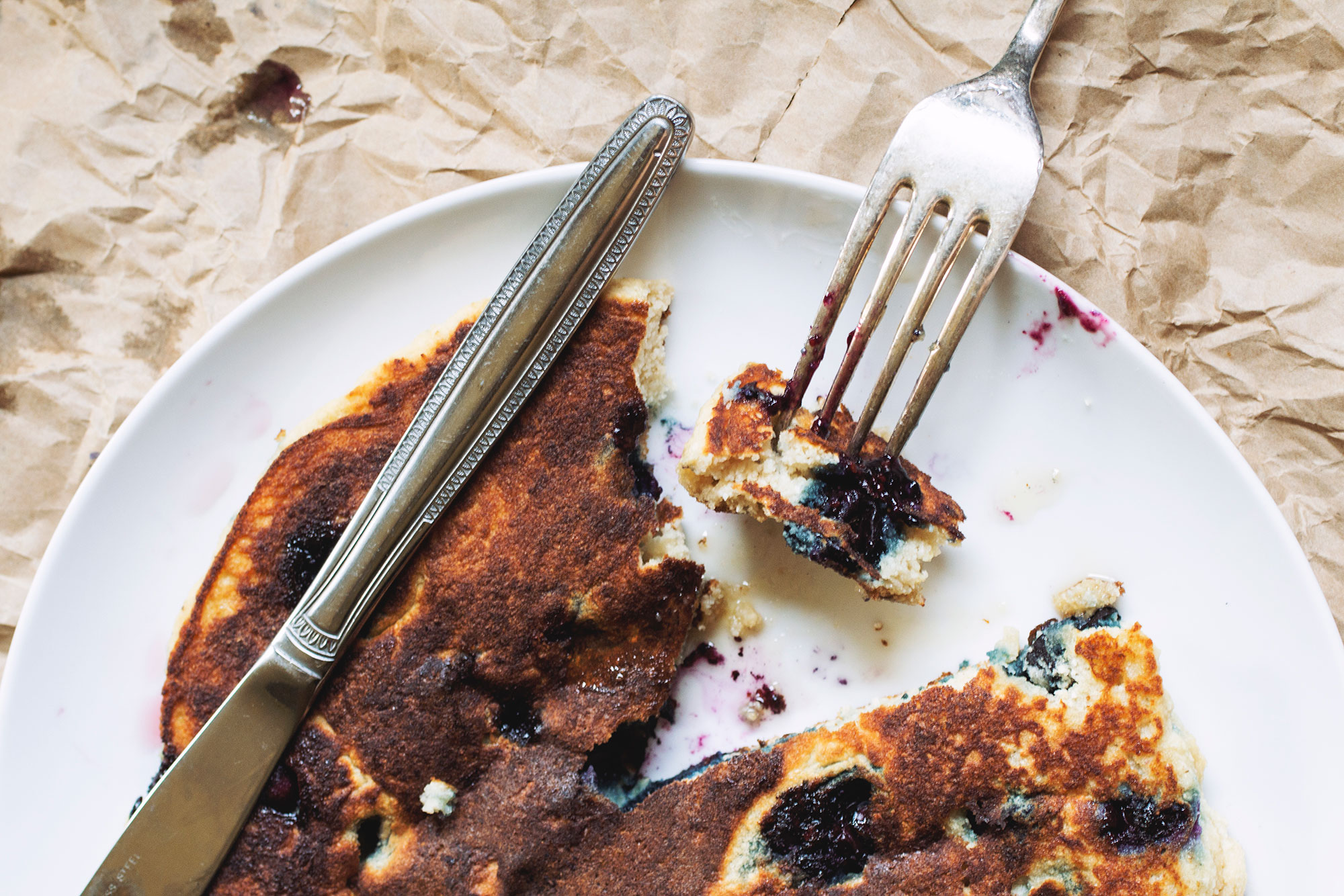 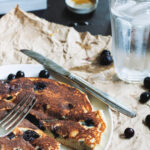 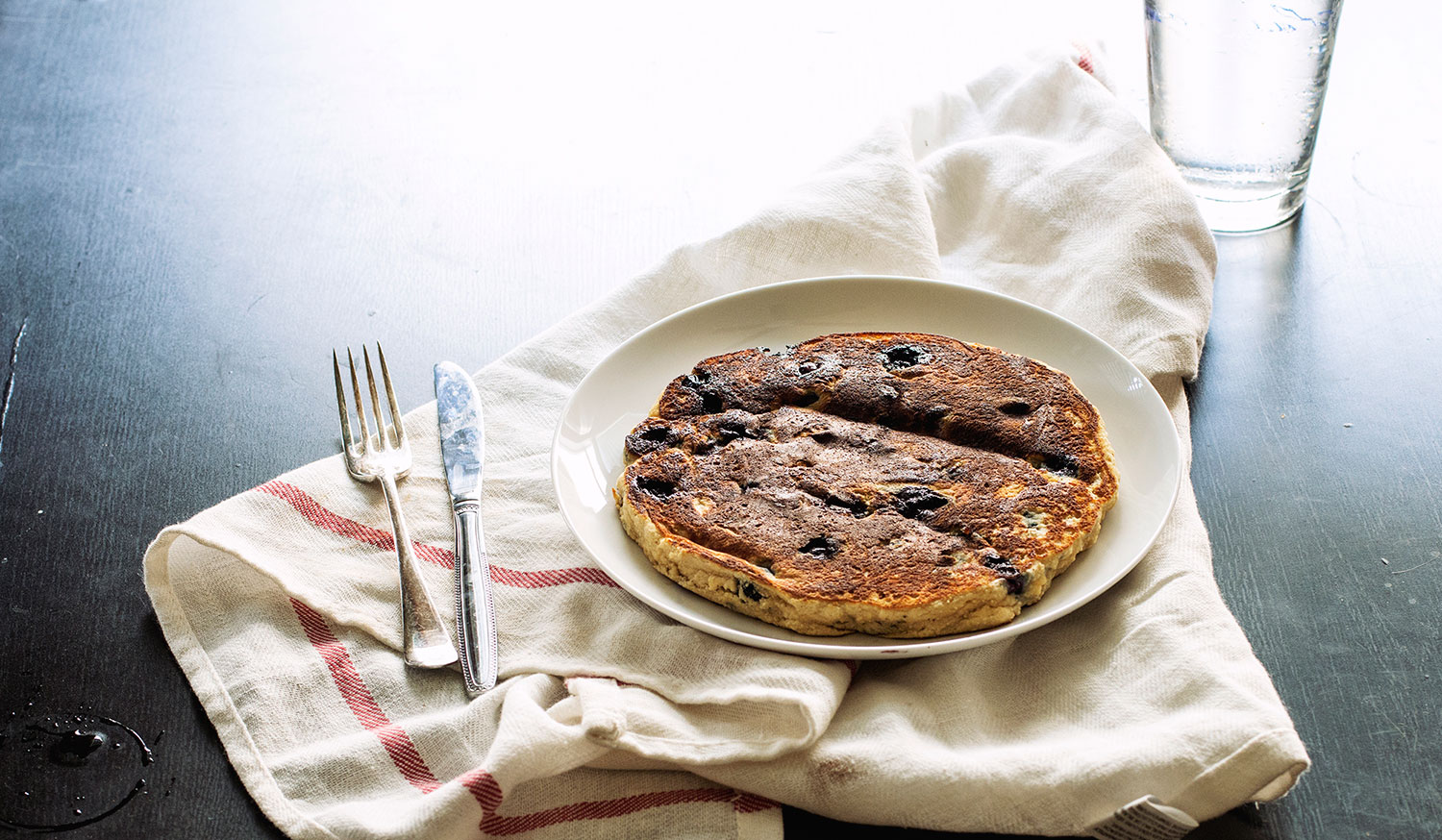