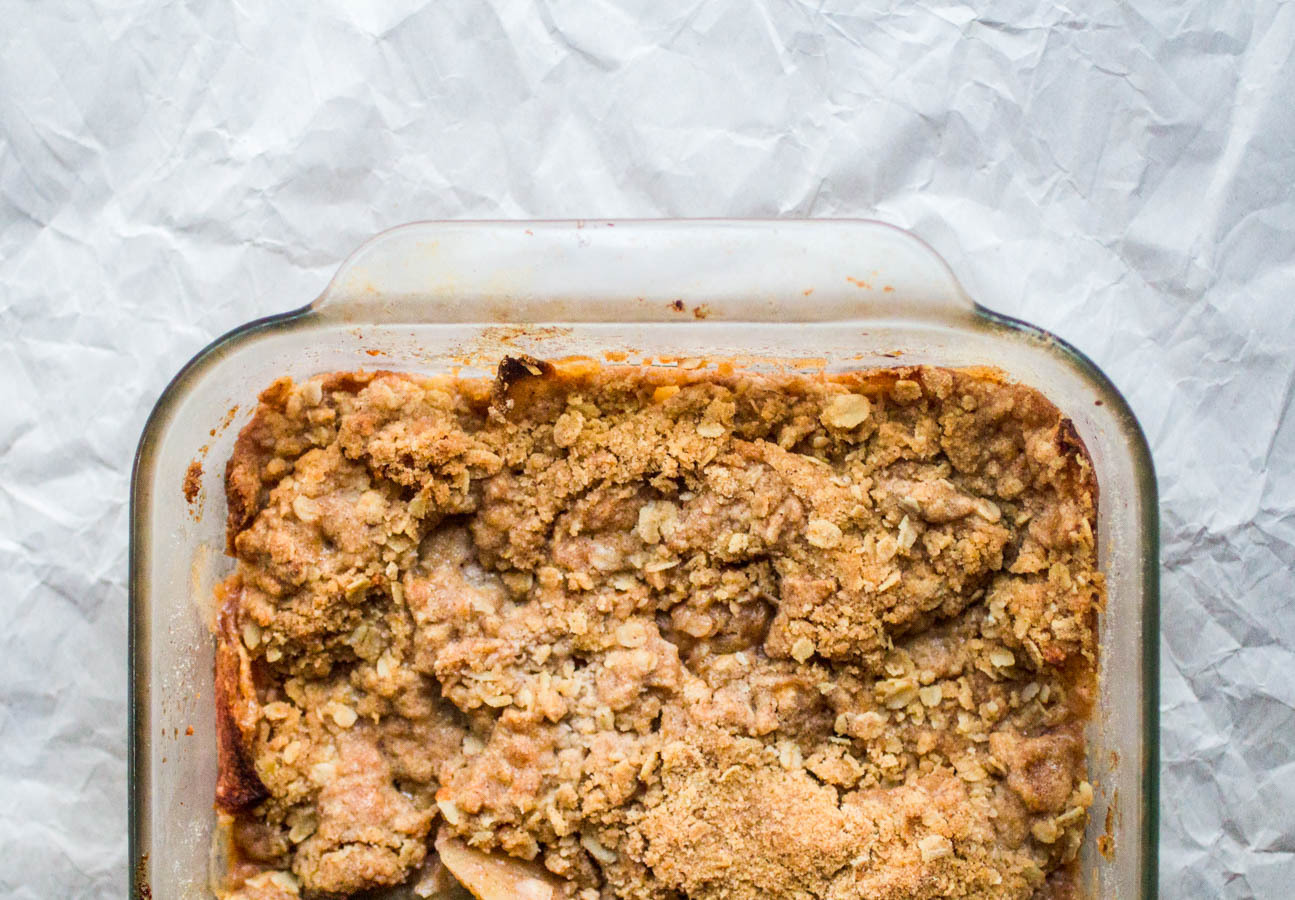 This post was sponsored in partnership with Envy Apples. Thanks for supporting the partnerships that keep The Pancake Princess running!

I’m heading home in a few days for winter break, and since I usually volunteer for dessert duty at our family gathering, I thought I would test out a few apple crisp recipes this past weekend! I didn’t do the full on bake off hullabaloo–I just baked off three recipes that have been on my list to try. (So instead of bake off, is this a recipe report? Recipe review? Regular ol’ blog post?)

Methodology:
I baked all three apple crisps in an afternoon and then Aussie Bae and I tasted them and discussed which we liked best. 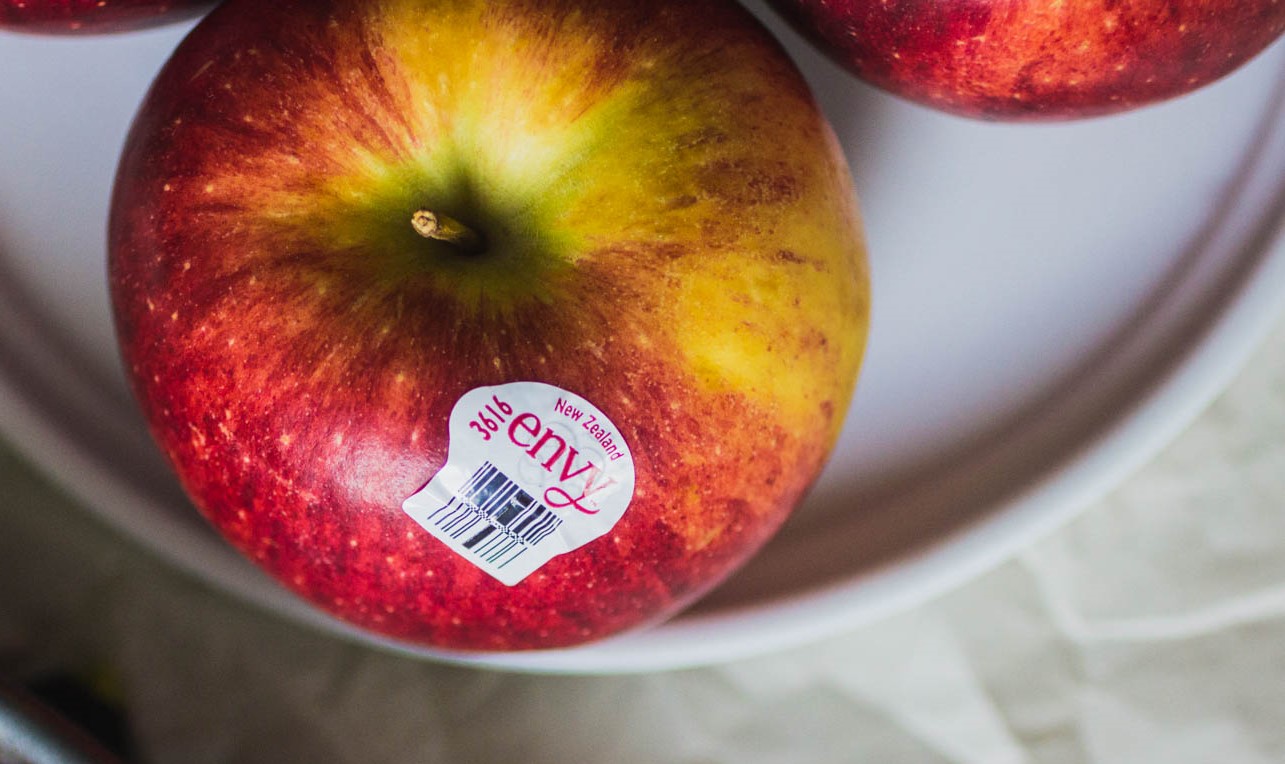 Ingredients:
I did a mini apple bake off the other weekend (inspired by this “best pie apple” test by King Arthur Flour) and unscientifically decided that my favorite pie baking apples out of that batch were Granny Smith and Macintosh. However, since I had an abundance of Envy Apples on hand (the juiciest, most fragrant and addictive current favorite snack of mine, and Aussie Bae’s current favorite to steal from my pie baking stash), I decided to test all of these apple crisps with 2 parts Granny Smith to 1 part Envy. This yielded a good mix of tart (Granny Smith) to sweet (Envy) apples, with a nice balance of soft vs. toothsome textures. PS. If you also like Envy apples and Williams Sonoma gift cards, scroll to the bottom for more info about a sweet sweepstakes opportunity!

Here are the recipes I tried: 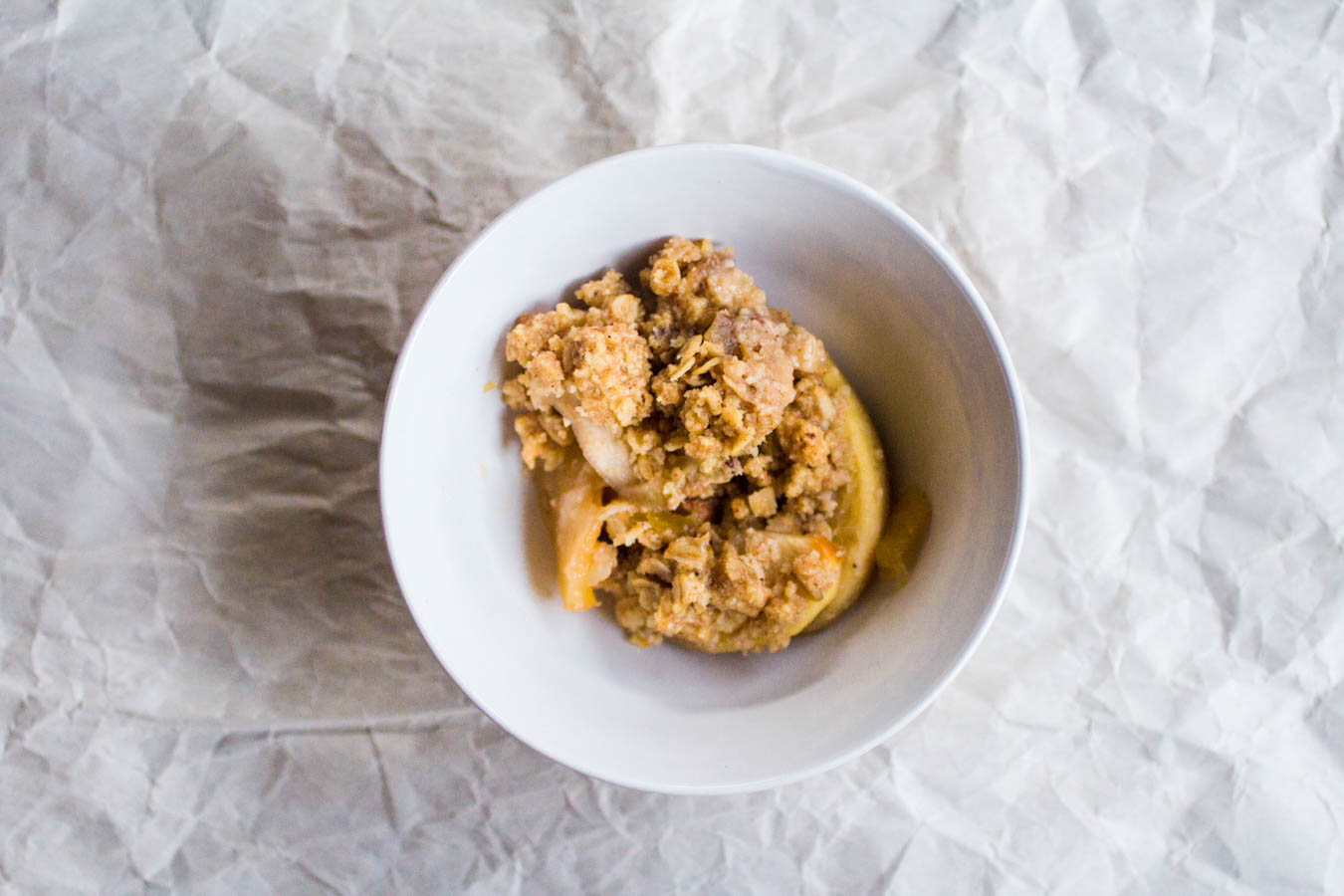 The Bojon Gourmet’s Gluten-Free Apple Crisp: A self-proclaimed “recovering pastry chef,” Alanna is not only a very talented photographer and food stylist but also creates recipes that are, indeed, worthy of a professional pastry chef pedigree (and she’s a real-life friend!). I’ve made and tasted maybe a dozen of her recipes and they’ve all been unfairly delicious. Many of her baking recipes are gluten-free these days, so I was excited to try her gluten-free apple crisp. The filling is one for apple purists: just a squeeze of lemon and bourbon, a pinch of cornstarch or tapioca flour, and a little sugar. The topping is a lightly sweet, oat/almond/nut-based topping that didn’t quite brown as much as I was expecting in the oven (perhaps because I had it on the bottom-third rack of the oven). Aussie Bae loved this one because it was quite tart and not too sweet. I loved it for the granola-like oat-y quality of the topping, though I may increase the sugar slightly next time for my personal preference (she gives a suggested range that you can easily scale based on your preference–I used the lowest amount for this trial).
Make this if: You want a sophisticated, tart-sweet apple crisp with an oat-y topping. 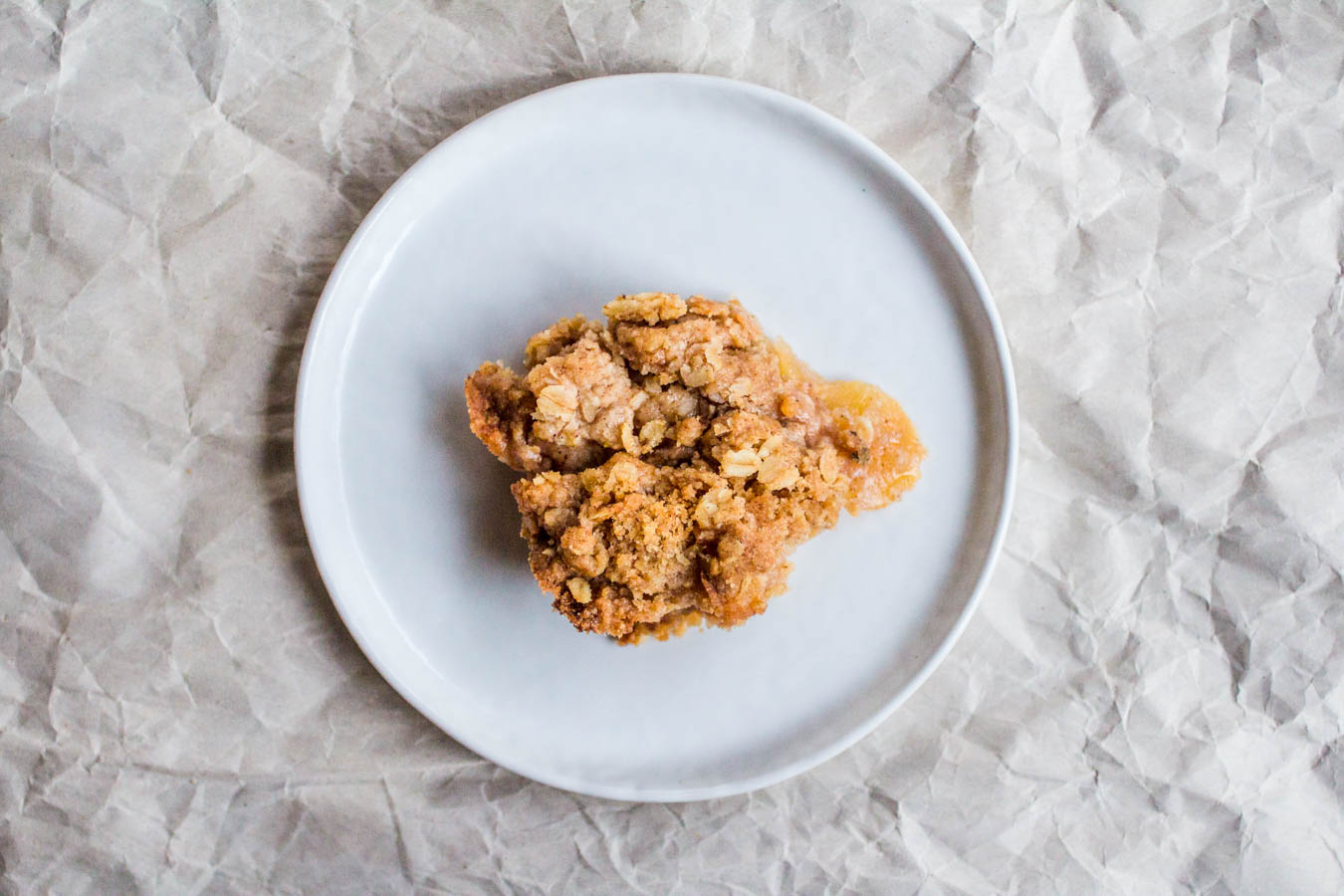 King Arthur Flour’s Classic Apple Crisp: KAF dubs this recipe a “classic” apple crisp with an ingredient list that looks a little daunting–but, as they point out, it’s really a basic list with optional enhancements. For example, you can use apple cider or rum or just plain water in the filling; apple pie spice or a simple mixture of cinnamon/nutmeg/ginger; and you can add boiled cider if you have it (I didn’t). The filling was very similar to TBG’s recipe: I used water, the medium amount of brown sugar (they give a range from 1/4 cup to 3/4 cup), flour (instead of tapioca flour), and the basic spice mixture. The resulting crisp was almost candy-sweet in contrast to the fresh tartness of TBG’s crisp. Aussie Bae thought it was too sweet. I, of course, liked it, though next time I will probably dial back the sugar by 2 tablespoons or so. The only thing that I think would have made it even better is if the crumbly topping took a note from the oatiness of TBG and added some more oats as they were sprinkled rather sparsely throughout the topping.
Make this if: You want a classically sweet apple crisp with a crumbly topping. 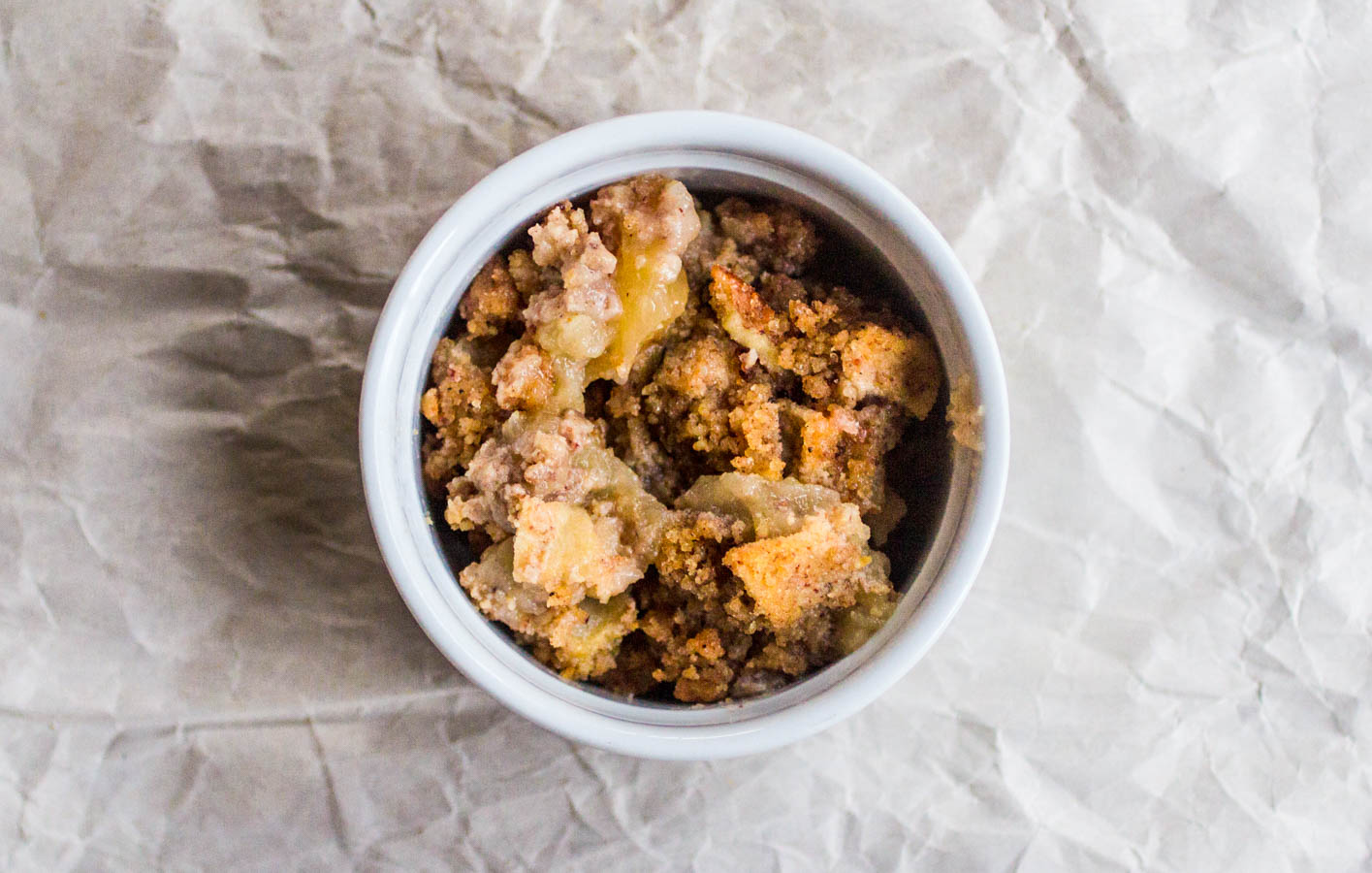 Serious Eats’ Best Apple Crisp Recipe: I was looking for a version of Bravetart’s apple pie that can apparently be turned into apple crisp, but found this recipe instead. I almost eschewed it since it uses rather a lot of nutmeg (and no cinnamon!), a spice I don’t particularly love. However, I tried it, and guess what? I LOVED that nutmeg topping! I accidentally pulverized the pecans into dust (since I used my Nutribullet to blend the topping rather than getting out my food processor), but I don’t think that affected the flavor. This crumble topping combines flour, pecans (toasted first for deeper flavor!) and turbinado sugar for texture (the large-crystal sugar gives a magnificent crunch) along with lemon zest and freshly grated nutmeg (I used powdered). Flavor-wise, this topping was a clear favorite for me. I also liked that it called for diced apples, rather than sliced–my personal preference is for a softer, more applesauce-like filling rather than one with big bites of apple. Serious Eats also incorporates booze into the apples, supposedly to add complexity. I didn’t taste a huge difference. Both Aussie Bae and I loved this one with no qualms. The only thing I would do differently next time is not pulverize the nuts into oblivion.
Make this if: You love a soft, saucy apple filling with a nutty topping with hints of lemon and nutmeg. 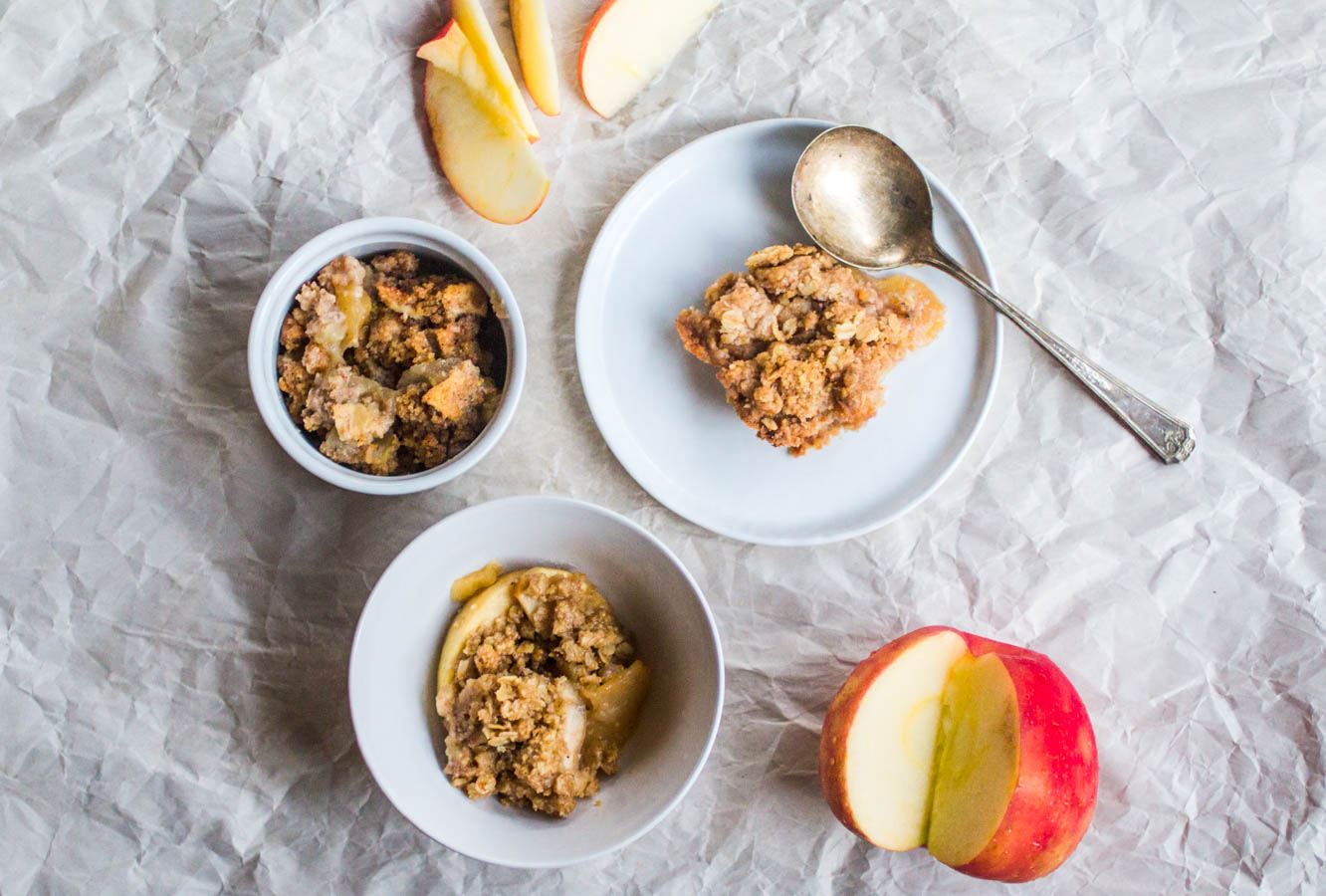 They were all excellent recipes that I would make again, but here are my thoughts:

So that sweepstakes I mentioned earlier: Envy Apples is running a contest where you can enter to win a $200 gift card to Williams Sonoma (they’re giving away 15 total gift cards!) and a shipment of Envy apples. Just follow this link to enter! The contest runs through 12/31/18, so there’s still plenty of time to score a sweet gift card to upgrade your kitchen for next year 🙂 Happy baking!